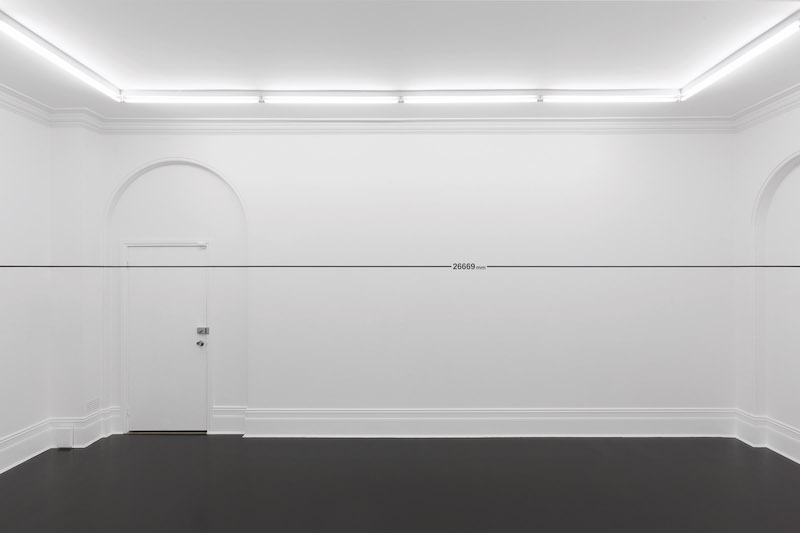 Behind The Scenes: Great Lengths

What is the optimum length for a successful commercial gallery exhibition?

IS THERE AN optimum length for a successful commercial exhibition? Art Collector took this question to a group of high-profile gallerists, and their answers were a resounding “No!”.

While there is logical sense to the idea that a trend towards shorter commercial shows emerged after the Global Financial Crisis in Australia in 2008, hard data on this fact is elusive. There are as many galleries doing longer exhibitions (six to eight weeks) as shorter ones (two to three weeks). And the consensus amongst the gallerists we surveyed is that, in the 10 years since the GFC, so much else has changed that the commercial gallery landscape, outside broad conventions, is almost unrecognisable.

“The way people are buying art, with increasing numbers of art fairs and the ever-expanding web, means that change is constant,” suggests Andy Dinan of MARS Gallery in Melbourne. “Interpreting that and bridging those shifts are what is important for today’s gallery.” Dinan’s schedule is highly variable, with three spaces and a rooftop available to present a rotating roster of work by stable and visiting artists. Dinan says her exhibitions are driven by the work – when is the right time to show it and what fits in with the artist and their own schedule and career. “And now we’re part of [art fairs] Volta Switzerland, Art Central Hong Kong, SPRING1883 and Sydney Contemporary, exhibitions also have to slot into the timing. We don’t have rules!”

Dinan has noticed, however, that the length of an exhibition does impact on the impetus to get people through the door. “If it’s too long they might leave it until the last minute to come; if it’s too short you don’t get the press because it takes a while for reviewers to come and social media to get some impetus.”

Brisbane dealer Andrew Baker agrees that rules around length are redundant in today’s market. Established for more than 19 years, he re- calls: “When I started, shows were generally four weeks long. Then it became five weeks. Now, it is more random. Scheduling at the start of year is difficult, working around Easter and public holidays which disrupt the audience.” While shorter exhibitions might suggest more sales, which often happens early in the season, Baker says that this ultimately depends on the artist. “Each artist has their own profile when it comes to sales. If people are waiting for work, most sales are made well be- fore the exhibition opens. It varies a lot. Actually, I don’t consider sales [a factor] at all.”

Sullivan+Strumpf’s exhibition schedule may suggest that successful exhibitions vary any- where from three weeks to five, but Joanna Strumpf notes that this is a little misleading. “Often we are actually installed a week or more before the opening, but the actual opening date may vary because we might be travelling to our gallery in Singapore or art fairs. Sometimes, if we anticipate a tricky installation, we might want to schedule extra time before we have to be officially open. Sometimes when there are events on, like a biennale, we might run a show longer to offer the artist more exposure.” And when it comes to sales “generally speaking, they happen prior to the opening,” says the gallerist.

Ryan Moore of recently opened gallery Fine Arts, Sydney, has presented six shows to date, mostly running between six and eight weeks. Like Dinan, he doesn’t believe the GFC is relevant to current habits. “There are almost as many art worlds as there are artists and galleries. Every artist is different, every collector is different. In the gallery world, there aren’t any rules, but there are lots of conventions. And the way that we interpret these conventions is what makes it interesting.”

Like other contemporary manifestations, it seems the key to commercial exhibition success these days is flexibility and a bespoke galley model individually tailored to fit today’s changing collector.

August 24, 2022
In this first of a three-part series on her highly intriguing ethnographic study of the New York art world, Hannah Wohl explains her concept of creative vision as it applies to the endeavours of artists, dealers and collectors.
END_OF_DOCUMENT_TOKEN_TO_BE_REPLACED
https://artcollector.net.au/wp-content/uploads/2022/08/de.realisation-2-not-what-im-looking-at-is-a-rep-of-all-contemp-art_-1.jpg 728 728 AdrianaBorsey https://artcollector.net.au/wp-content/uploads/2021/11/Art-Collector-logos-transparency-WHITE-1080x1080px-2.png AdrianaBorsey2022-08-24 13:12:522022-10-14 13:38:53Cultural Capital: Why Originality Matters