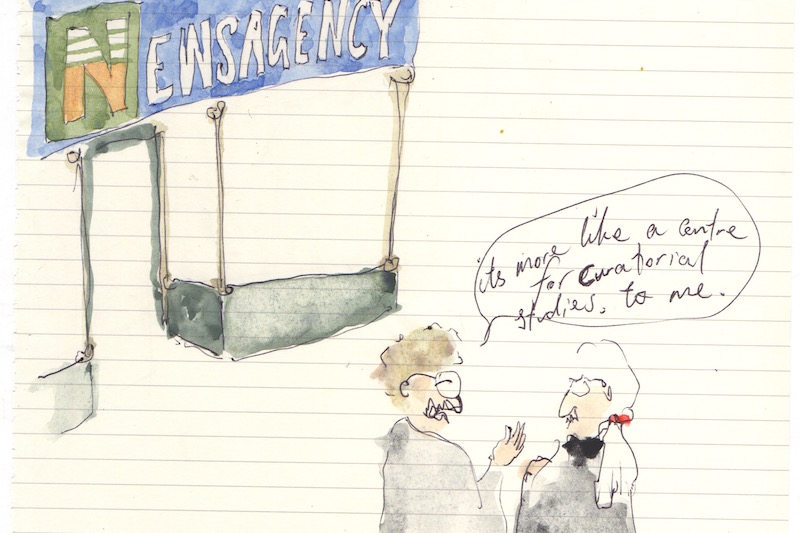 Cultural Capital: Curators, or my childhood was stolen from me and judged harshly

Andrew Frost and Carrie Miller discuss artist/curators, the most elusive of arts professionals.

CARRIE MILLER: In my romantic mind, curators were always one of two types: cerebral women in their 30s and 40s, dressed in black, avant-garde clothing, a slash of red lipstick; or a man in his 50s or 60s, slightly dishevelled, probably hung-over, and hostile to the more radical ideas about art. I don’t think people always consider the fact that artists are sometimes also curators. In order to exhibit their work early in their careers, the most ambitious and interesting artists often run artist-run spaces, curating individual and group exhibitions. I remember one of these artists, frustrated by a distinct lack of interest in him by the art world, decided to curate a group show at his local McDonalds. When no one was looking, he hung works on the walls next to the kitschy prints. The exhibition was cut tragically short (after half an hour I believe) when customer service staff told him to take it down.

ANDREW FROST: I did a straw poll survey on Facebook about whether it’s okay for artist/curators to put their own work in shows they’re curating. The consensus was that it’s okay for artists just starting out to curate themselves and their friends in an artist- run space, but beyond that there’s a widely held view that there are major ethical considerations when doing so. The minority opinion was that curators are unnecessary gatekeepers between artists and success. So both opinions seem consistent over the years. 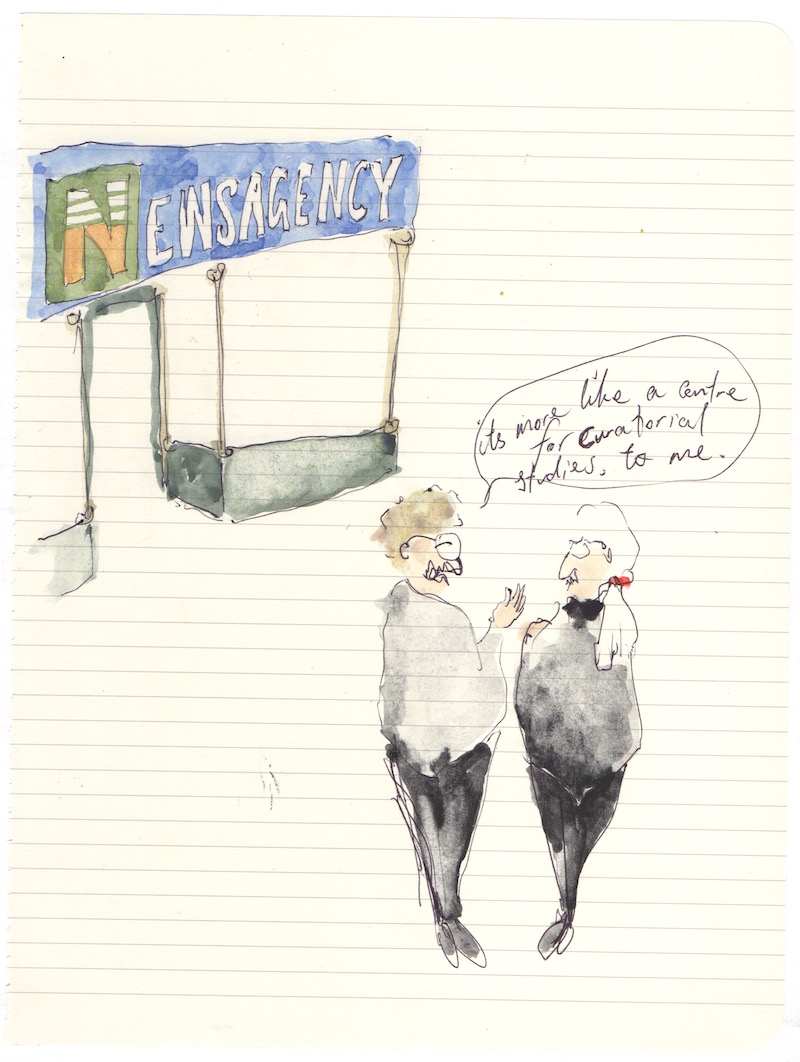 CM: So what are some of the ethical considerations around the artist/curator role? I think most people think the main one is that it can be a vehicle for self-promotion, or at least the promotion of your friends. I guess exhibitions that involve this sort of self-promotion and nepotism could help the careers of certain artists over others, because collectors and other interested people don’t consider the process by which artists are chosen for exhibitions. This could potentially confer legitimacy to practices of artists who don’t ‘deserve’ it. Of course, this implies that the art world is meritocratic and we all know that’s true. Not.

AF: The question that’s particularly relevant to collectors is whether certain curators are indicative of the quality of art that is selected for an exhibition.

CM: I wouldn’t think the connection would be that explicit but, as you know, curators with a tight budget and a finite amount of energy to spend wrangling artists and who need bums on seats will be tempted to take their cues from other curators. That’s why people are always whingeing that certain artists get all the breaks. It would make sense that these artists become a safer bet for collectors.

AF: That’s probably true in the short term. I once heard a rumour that a well-known curator selected work for their shows by flipping through international art magazines. That didn’t seem like such a bad thing. How else are you going to find out about art? In the long term there has been complete changeovers in the artists shown in curated museum and public gallery shows. There’s probably only a few artists whose work is curator-proof. And really, who cares about old contemporary art? We want it fresh, thanks.

CM: I don’t know, new and fresh can be pretty confusing. I’d have to ask my artist friends what it all means. And that’s the reason why artists can make great curators. They are plugged into the art world at a different frequency to arts professionals. They work with each other at artist-run spaces, they edit little independent magazines together, they get drunk together and have long philosophical discussions about what it means to be an artist, and, of course, they sleep with each other. All of this gives them unique access to whose practice has the right stuff.

AF: My understanding of ‘young people today’ is that they don’t have sex, or publish magazines. And the closest they get to being drunk is a sugar high! But you’re right, whatever they’re doing, they do it well and older people, i.e. curators, should take notice of what’s going on. Certain curated shows that offer up a selection of young artists like Primavera are probably a good place to find new artists that collectors could be interested in, so much so that many young artists think getting into those kinds of shows is a crucial stepping stone to eventual recognition. On the other hand, collectors could go around to all the artist-run spaces and do the homework themselves.

CM: In Primavera, the cut off age for an artist to be eligible for selection is 35. I think that did make sense once, but now artists can have had so much attention and exposure in their 20s you are not necessarily seeing the freshest of the bunch anymore. I think the best shows to scope out emerging talent are still the ones in artist- run spaces.

AF: Personally, I prefer to have all the work done for me. I used to go around all the galleries and see all the shows but it was very time consuming and there was a lot of messing around with parking. I like how everything can be curated now. An architect profiled in the Australian Financial Review recently not only designed the house, but also the interior, soft furnishings, even the books on the shelves you’d never have to bother to read. That’s service.

CM: That does sound extremely helpful. Even more helpful is the fact that Kayne West is a curator now. He recently curated a magazine spread of art, including work by Richard Prince and Anish Kapoor. West wrote the accompanying text, which reminds us why we need curators to interpret questions of aesthetics for us: “To create an expression is close to innocence. Childhood is stolen from you with every judgment made, innocence stolen with it. I am moved by visions that feel very physical, very aggressive –where the body is moulded and shaped, twisted and beaten into existence. Within these works, I locate my affinity for – or maybe my addiction to – the body.”

August 24, 2022
In this first of a three-part series on her highly intriguing ethnographic study of the New York art world, Hannah Wohl explains her concept of creative vision as it applies to the endeavours of artists, dealers and collectors.
END_OF_DOCUMENT_TOKEN_TO_BE_REPLACED
https://artcollector.net.au/wp-content/uploads/2022/08/de.realisation-2-not-what-im-looking-at-is-a-rep-of-all-contemp-art_-1.jpg 728 728 AdrianaBorsey https://artcollector.net.au/wp-content/uploads/2021/11/Art-Collector-logos-transparency-WHITE-1080x1080px-2.png AdrianaBorsey2022-08-24 13:12:522022-10-14 13:38:53Cultural Capital: Why Originality Matters