Tasmanian artist Lucienne Rickard main­tains an intensive drawing practice explor­ing themes of beauty, death and brutality. Subjects often come from nature – plants and animals are a consistent presence in her visuals, particularly endangered and extinct species. Martin Beaver, director of Beaver Galleries in Canberra, has represented Rickard for close to a decade and he points out the “obsessive, almost hypnotic” way she brings her subjects to life. “Sometimes her pieces are brutal in their message, but they remain superb in execution.”

In 2014, Rickard was curated by Mikala Dwyer into Primavera: Young Australian Artists at the Museum of Contemporary Art in Sydney. The same year, Rickard spent time on Lord Howe Island as an artist in resi­dence at Adrift Lab’s scientific research post. Alongside researchers studying the effects of plastic pollution on local marine life, Rickard drew life studies of the island’s flesh-footed shearwaters. It was a pivotal experience that contributed to the development of her Extinction Studies project at the Tasmanian Museum and Art Gallery (TMAG), Hobart.

Commissioned by Hobart’s Detached Cultural Organisation, Extinction Studies began in 2019 when Rickard set up a live drawing space in the museum’s foyer to draw species included on the International Union for Conservation of Nature’s Red List of Threatened Species. The project lasted for 16 months with the drawings executed on a huge scale. Creatures like the Xerces blue butterfly and the Christmas Island pipistrelle gradually appeared over days, sometimes months, of drawing, only to be erased once completed. During this time, Rickard created 38 drawings on two sheets of paper, allowing for the faint apparitions of erased drawings to hold court in the background.

In 2020, Rickard performed two drawings for Extinction Studies at the National Art School for the opening week of NIRIN: the 22nd Biennale of Sydney. In early 2022, the accumulated eraser debris and initial sheet of paper from Extinction Studies will appear in Storylines, an exhibition curated by Todd Fuller and Lisa Woolfe for the Maitland Regional Art Gallery.

With Extinction Studies now complete, Rickard is currently working on Ecology Studies, a similar drawing project at the TMAG relating back to the flesh-footed shearwaters of Lord Howe Island. “The flesh-footed shearwater means a great deal to me as it has a connection to my mother’s side of the family,” says Rickard. Drawing from life and personal memories, Rickard aims to complete this performance in 2022. 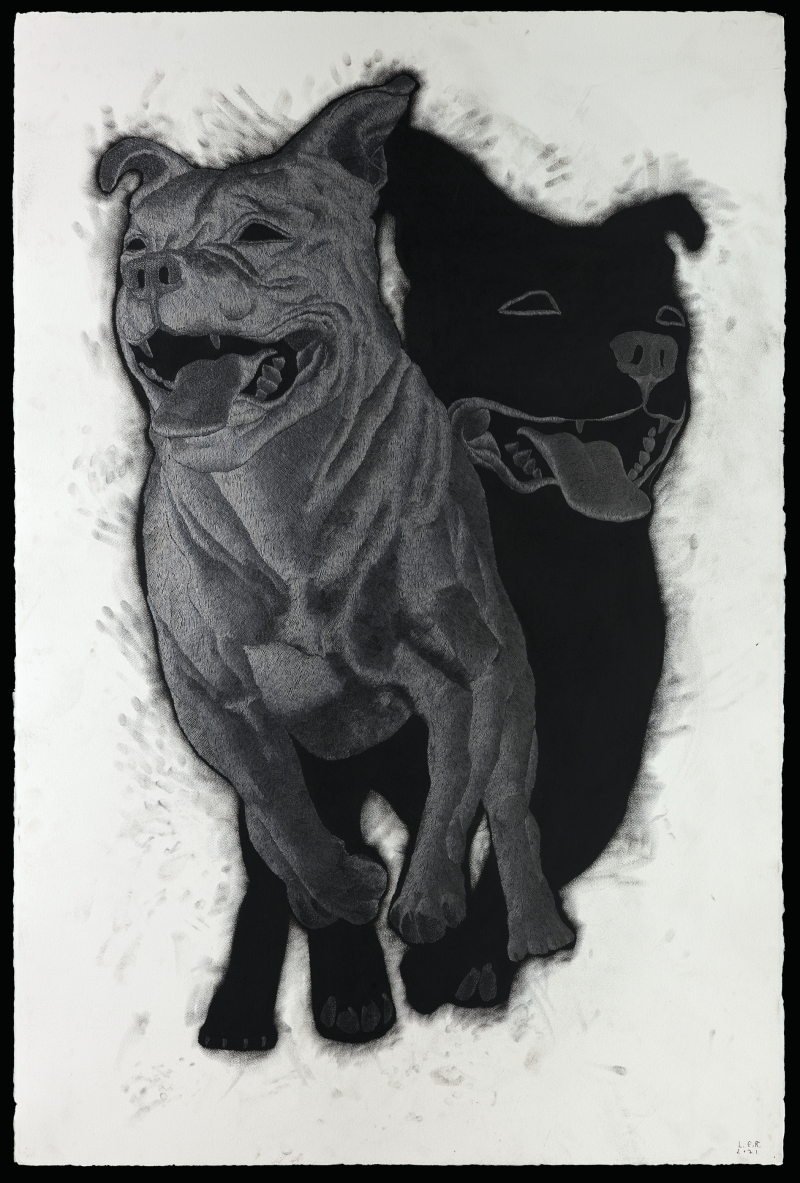