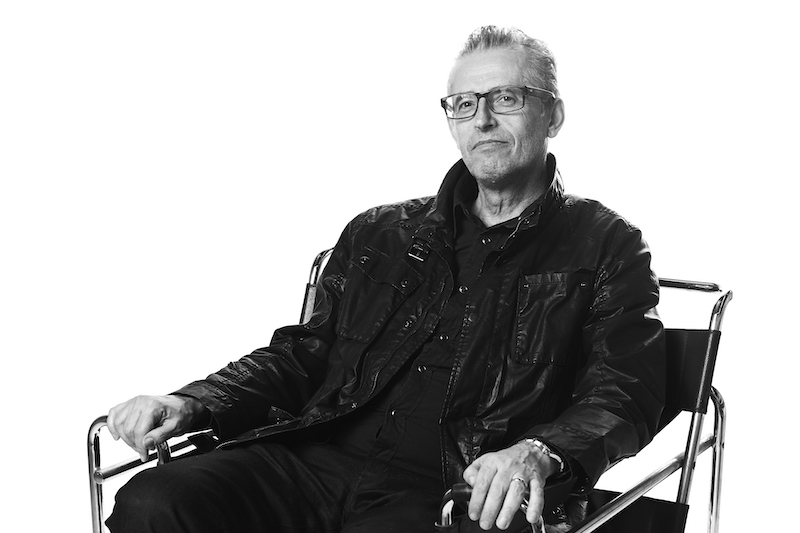 There are few painters with David Serisier’s precision and exactitude writes Tracey Clement. He explores his interest in light and colour like a scientist searching for an empirical and objective truth.

David Serisier didn’t need to become a painter. He seems to have had plenty of other career options. His first degree was in English literature: he might have become a professor, novelist, or even an art critic. Instead he went on to study painting in Sydney and at the New York Studio School. But if he hadn’t become an artist he might also have made an excellent scientist. It’s clear from his paintings, which explore the effects of light on colour, that he certainly could have handled the classic scientific method. His work is rigorous, methodical and he has very keen powers of observation. In fact, several of his recent projects are almost structured like laboratory experiments designed to achieve that tantalisingly unattainable goal of all scientists: absolute objectivity.

To select a colour for his monochromatic paintings, Serisier has devised a painstaking, almost scientific method designed to reduce subjective influence. First he chooses what he calls “an ephemeral light event”. Then, using photographic images of that event, he isolates individual colours using software such as Photoshop, prints them out on a digital printer, and “re-forms” the chosen colour in oil paint on canvas. He is very particular about the use of this phrase. For him, there are subtle distinctions between mediation, replication and re-formation. “The colour has been re- formed through these multiple processes,” he explains.

“It is a multigenerational process in which the colour is transformed, yet is still linked to the beginning.”

Serisier often sources information for his work from roadtrips and he developed this process in response to a fluorescent light tube piece by the American minimalist Dan Flavin which he had seen in Marfa, Texas. In the works on show at Liverpool Street Gallery in David Serisier: 2008, the artist explains that he tried to re-form the colours from memory, and although he felt the paintings were successful, he says, “I failed to connect. Memory was not a very good way of dealing with it.” For his Fluorescent Sun paintings of 2012, Serisier returned to Flavin and Marfa, but this time he set up the appropriately coloured fluorescent light tubes in his studio and through a series of experiments settled on his multi-step process for choosing colours.

In his most recent work, Gallium Sky, the transient light event being scrutinised through Serisier’s semi- scientific method is James Turrell’s 2013 LED light installation at the Guggenheim in New York. Although he admires Turrell’s work, his project is not an homage as such. “I’ve always been really interested in a lot of work by light and space artists and the way that they developed ideas out of painting. I’ve been thinking for a long time how can I bring those ideas back into painting,” Serisier explains. “Turell’s show was an ephemeral light event: it’s been structured, it’s been captured, it’s become a form of readymade.”

Ever since Austrian physicist Erwin Schrödinger created his paradoxical thought experiment starring a fictional cat in an imaginary box, scientists have been forced to admit that the mere act of conducting and observing an experiment influences the outcome. As an artist, Serisier is aware of this. “There is no doubt that my process is riddled with subjective decision- making,” he says. “I want to reduce subjectivity but I can never take it out. But when it comes about,

I can identify it more readily. I am more aware.” By following his rigorous, self-imposed selection process, Serisier avoids the easy path of, as he puts it, going straight to his “happy place” by simply painting his own favourite colours. “I think the ideal position for an artist is to be able to avoid convention, at the same time as being able to avoid your own conventions,” he explains. And what he is also doing is adding a narrative depth to his resolutely non-representational work.

The title, Gallium Sky, provides a clue to the story behind his current work; gallium is a key ingredient in LED lights. However, even if you don’t know the background, David Serisier’s paintings can still be appreciated as beautifully rendered, intense fields of colour. But, as he says, “the contextual chain is there, no matter how slight, and it conjures up something else.”

David Serisier’s next exhibition Gallium Sky is at Liverpool Street Gallery in Sydney from 2 August until 4 September 2014.

James Erskine, director of Liverpool Street Gallery, recalls the first time he saw David Serisier’s paintings. “I found David’s work tranquil and peaceful. It has an ethereal quality to it, it provokes thought.” Serisier has been represented by Liverpool Street Gallery since 2005. During that time he has had six well received solo exhibitions. His seventh, Gallium Sky, opens in August 2014. “Abstract art and colour field paintings are not the mainstream for collectors in Australia, but in his field, David is at the top of the tree,” explains Erskine. “The work is always admired and has a loyal following.”

Erskine himself admires Serisier’s paintings so much that he commissioned the painter to create a suite of site-specific, monochromatic paintings for a George Hatzisavas designed home he owns with his wife in the harbour suburb of Watsons Bay. According to Erskine, the results, which were documented in the limited edition publication Serisier House, were “magnificent”. As he says, “David is a brilliant colourist who manages to get depth and soul into his paintings.”

“David’s prices are very reasonable for a mid career artist,” Erskine says. “They range from $4,000 to $35,000 for a painting and have had steady increases over the years.” Recently, Serisier’s work has been acquired by several significant private collections as well as for public collections at the Art Gallery of Western Australia in Perth and the Museum of Contemporary Art in Sydney. His work is also held by the National Gallery of Australia in Canberra and several of the major Australian regional galleries.

Terence Maloon, director of The Australian National University Drill Hall Gallery, believes that David Serisier is one of the best abstract painters currently working in Australia. “He has a deep knowledge of American art, especially American abstract art from the 1950s onwards, and a kind of exactitude that he has learnt from the painters that he admires that is exceptionally rare here in Australia,” Maloon says. He admits there are other painters working with colour fields or hard-edge abstraction, “but they don’t work with the precision, generally, and the kind of clarity that is exceptional in David’s work”.

Maloon easily catalogues what makes Serisier’s work stand out: “The fact that it is very highly distilled, he is an extremely intelligent painter who is able to create really powerful effects from seemingly almost impossibly limited means; the fact that the size, the proportions, of his paintings are so completely crucial to their impact is extremely rare; and the fact that they are very subtle works, but they don’t show any sign of rhetoric, none of those obvious handles. They are very finely conceived and very keenly felt.”

Maloon has been working with Serisier on a survey show, due to open in August 2015. The exhibition will feature work covering more than a decade of the painter’s career, and he will also create a new, site-specific piece for the Drill Hall. Maloon has been enjoying the process. As he explains: “David is very upbeat, very positive. People who make art and make it well are often very joyful people.”

March 31, 2022
Blood sculptures that melt in the warm air on opening night, chewing gum soldiers that visitors tread across the gallery floor and jaffas that melt into hair gel are all exchanges of substances that are part of the process in Tim Silver’s artworks. To Edward Colless they form a poetic theme of sickening, contaminating love like the kiss of a vampire.
END_OF_DOCUMENT_TOKEN_TO_BE_REPLACED
https://artcollector.net.au/wp-content/uploads/2022/03/Tim_Silver-1_1-800q.jpg 531 531 AdrianaBorsey https://artcollector.net.au/wp-content/uploads/2021/11/Art-Collector-logos-transparency-WHITE-1080x1080px-2.png AdrianaBorsey2022-03-31 15:44:352022-03-31 15:44:35Artist Profile: Tim Silver

March 31, 2022
Makinti Napanangka, now over 70 years old, paints on the ground in the open air hunched over her canvas, her brushstrokes confident and instinctive. The efforts of her day’s work are eagerly sought by institutions and collectors all over the world. Jennifer Isaacs visited this prominent desert painter’s remote home base at Kintore, to watch her work.
END_OF_DOCUMENT_TOKEN_TO_BE_REPLACED
https://artcollector.net.au/wp-content/uploads/2022/03/Makinti2-800-sq.jpg 545 545 AdrianaBorsey https://artcollector.net.au/wp-content/uploads/2021/11/Art-Collector-logos-transparency-WHITE-1080x1080px-2.png AdrianaBorsey2022-03-31 15:25:222022-03-31 15:25:22Artist Profile: Makinti Napanangka