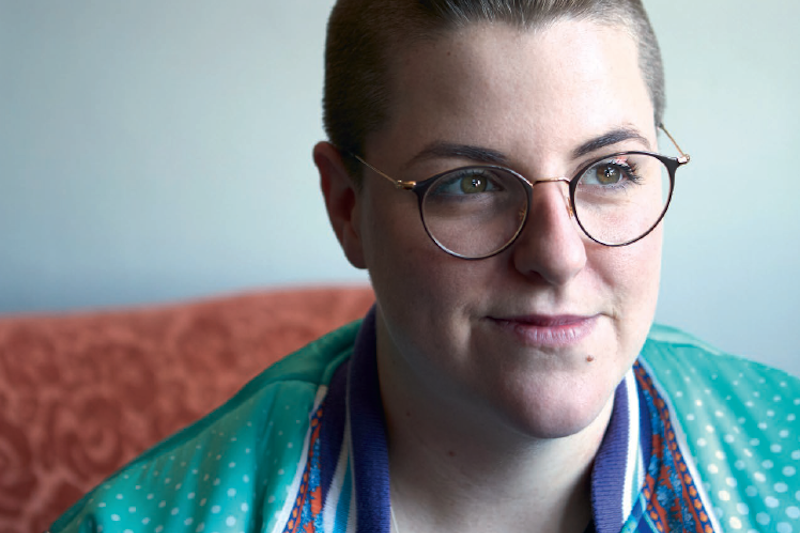 Anna McMahon’s work is a pursuit of purposeful nothingness, an aesthetic of failure.

Anna McMahon’s work is a pursuit of purposeful nothingness, an aesthetic of failure. The Australian artist-to-watch makes installation and performance work focusing on plants. In her work, plants represent purity, control, emergence, change, decay, strength versus fragility. Her displays are based on an amateur study of Ikebana, the Japanese art of floral arrangements. McMahon creates such things as basketballs stuck in hoops, with Wattle and Red Hot Poker flowers jammed into the backing boards. There are subtle sexual undertones in the erectness of the plant stems, which slowly become flaccid and wilted over time. Once the flowers are installed in a space the artist photographs the arrangements to give viewers an understanding of the how the work has changed. The photograph announces the death of a moment.

Other works in her 2014 exhibition The World is Weary of Me, and I am weary of it at RAYGUN project space revealed the practitioners interest in performance, endurance and duration. One of McMahon’s plant artworks comprises a long stemmed kangaroo paw balanced in a tiny finger bowl of water. These bowls recall to McMahon’s childhood association with the Catholic church as a child. The bowls are traditionally used by the priests to cleanse their fingers before distributing the sacramental bread (the Eucharist), also known as the host.

In a Circle of Light, McMahon fixes a neon hoop-ring to the wall and hangs an orchid (white fellonopsis). This hanging orchid has a vaguely phallic edge to it, yet it is also reminiscent of the labia. The non-gendered sexuality of the flower highlights the femininity of the neon ring which could be read as a womb or vaginal orifice. Orchids have feminine associations, which is interesting as they have a historical significance as being owned by men, propagated by men, painted by men, kept and exhibited in greenhouses by men.

McMahon’s dinner performances started in December 2014 when she was invited by Open Source Gallery in New York, a space that exhibits a lot of social practice artwork, to have a plant dinner. McMahon and fellow artist Sarah Ryan contributed to the gallery space’s soup kitchen series by making a pineapple soup. The recipe for the pineapple soup, which included coconut and was served warm, was found in a rare book. For the second dinner, also called The Floral Gift, the entire meal was based on flowers as flavor bases. The main course was served in big specimen jars, into which broth was poured at the last minute. They used bawong flowers, tapioca, marigolds, banana blossom shell, white and black moss, rosella and hibiscus jelly, chai flowers and turmeric, watermelon and chamomile drinks. The guests were given lavender gin and the stem of elephant ear leaves. The third vegan dinner of The Flora Gift was held at Carriageworks, Sydney in 2016 during Vivid Festival. In 2016  the artist was also awarded the ‘Dominik Mersch Gallery Award’ which is given to one graduating artist from the SCA Graduate school each year. Next year she leaves for Paris to undertake a residency at the Cité Internationale des Arts, where she will explore the architectural and spatial design of the Jardin à la Française. McMahon is an artist working at the heart of Critical Plant Studies.

March 31, 2022
Blood sculptures that melt in the warm air on opening night, chewing gum soldiers that visitors tread across the gallery floor and jaffas that melt into hair gel are all exchanges of substances that are part of the process in Tim Silver’s artworks. To Edward Colless they form a poetic theme of sickening, contaminating love like the kiss of a vampire.
END_OF_DOCUMENT_TOKEN_TO_BE_REPLACED
https://artcollector.net.au/wp-content/uploads/2022/03/Tim_Silver-1_1-800q.jpg 531 531 AdrianaBorsey https://artcollector.net.au/wp-content/uploads/2021/11/Art-Collector-logos-transparency-WHITE-1080x1080px-2.png AdrianaBorsey2022-03-31 15:44:352022-03-31 15:44:35Artist Profile: Tim Silver

March 31, 2022
Makinti Napanangka, now over 70 years old, paints on the ground in the open air hunched over her canvas, her brushstrokes confident and instinctive. The efforts of her day’s work are eagerly sought by institutions and collectors all over the world. Jennifer Isaacs visited this prominent desert painter’s remote home base at Kintore, to watch her work.
END_OF_DOCUMENT_TOKEN_TO_BE_REPLACED
https://artcollector.net.au/wp-content/uploads/2022/03/Makinti2-800-sq.jpg 545 545 AdrianaBorsey https://artcollector.net.au/wp-content/uploads/2021/11/Art-Collector-logos-transparency-WHITE-1080x1080px-2.png AdrianaBorsey2022-03-31 15:25:222022-03-31 15:25:22Artist Profile: Makinti Napanangka