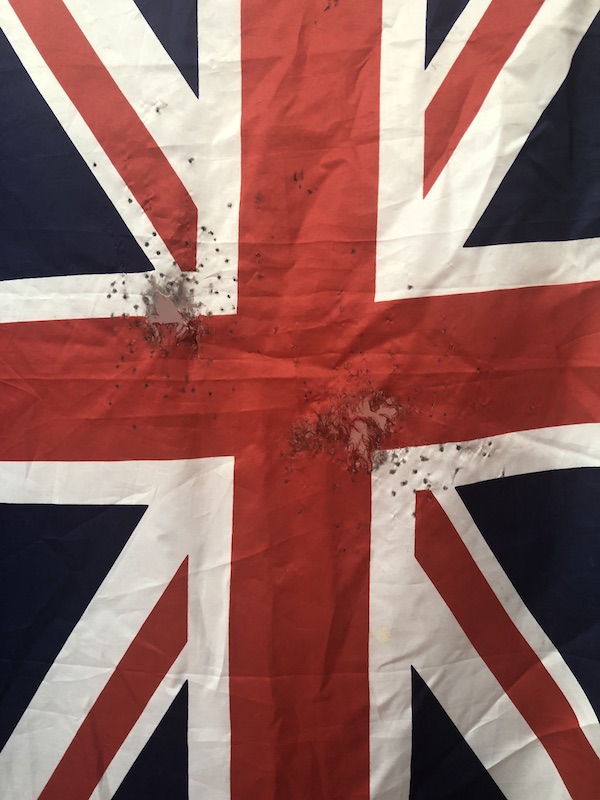 Apple’s Study for a New Zealand Flag III draws on newly released census population data of 16.5% Maori/ 83.5% Other. Iti’s flag is both cultural artefact and artwork, operating within the strand of his practice that he describes as the ‘theatre of protest’.