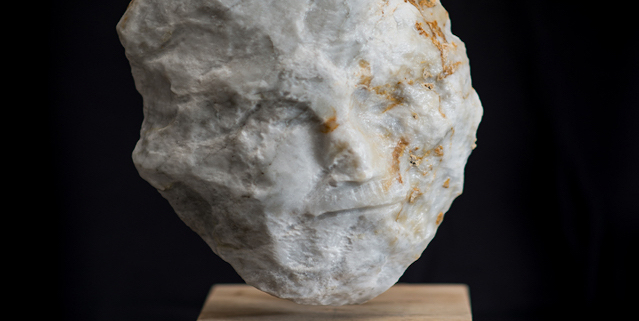 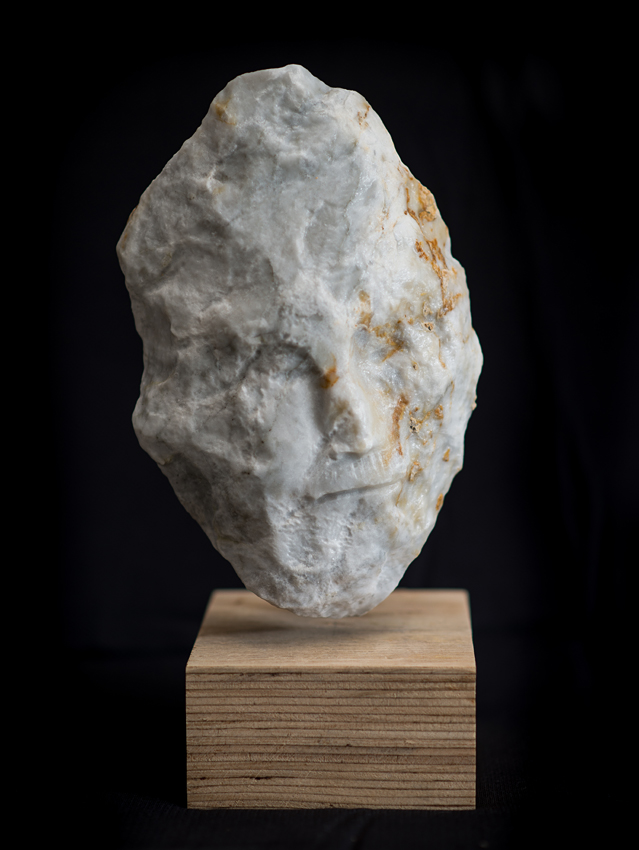 A few questions from Kate Nodrum to Clive Murray-White

Kate: Where have the various pieces of marble and stone come from?
Clive: One of my great motivations has been the sense of joy that comes from making my work from the very ground that I live on here in Australia. Chillagoe marble comes from Far North Queensland, the black limestone with fossils comes from a small deposit on a cliff overlooking the Thompson River in Gippsland and the Gocup comes from a quarry near Gundagai, NSW.

Kate: Can you explain what you mean by the title Assisted Suiseki?
Clive: I’ve always been fascinated by sloppy work by art historians; two examples of most relevance to me are the assertion that Henry Moore invented the hole and Marcel Duchamp the “ready-made”. Neither of these are even remotely correct but the stirring thing for me is that this kind of assumption often fires my imagination: I usually interpret a stone with a hole in as a “ready-made” Henry Moore – for free!
Now to Duchamp. My family comes from Far East Asia and I was, as a child, surrounded by artefacts from Japan, Korea and China. Being Western trained I realised that art concepts claimed as Western had ongoing 1,000-year-old Chinese, Japanese and Korean precedents, none more important than Gongshi and Suiseki, both meaning Scholar Rocks or “readymades”. So “Suiseki” means “ready-made” and “assisted” refers to Duchamp’s habit of so naming them after he had altered them.
The most engaging thing, for me, about the Scholar Rock Suiseki tradition is that the smallish rocks were chosen for their ability to invite the scholars to contemplate the meaning of existence and nature from the comfort of their own desks. The clearest example of this would be Assisted Suiseki: No 8, where the black limestone is filled with an endless number of fossils – it’s a perfect depiction of a slice of time and also of empty space and moving particles.

Kate: How did the series come to be?
Clive: In a way all the elements in this series have been present in my work for quite some time, but there is one major difference: in the past I’d usually find a way of altering my marble boulders to look enough like my models, whereas with these works I’ve preferred to let the stone do most of the suggesting.
Added to that, over the years, there have been special stones that defied the previous approach and have been sitting around waiting for me to purge my preconceptions and finally let them have their day. Assisted Suiseki: No 3 and No 9 are very obvious examples of this.
My interest in scholar rocks has fired me up to question many things. It’s been liberating and has forced me to invent far more than I could have imagined – most significantly, asking myself how I can compress, what for me are, big ideas into the smallest sculpted form.