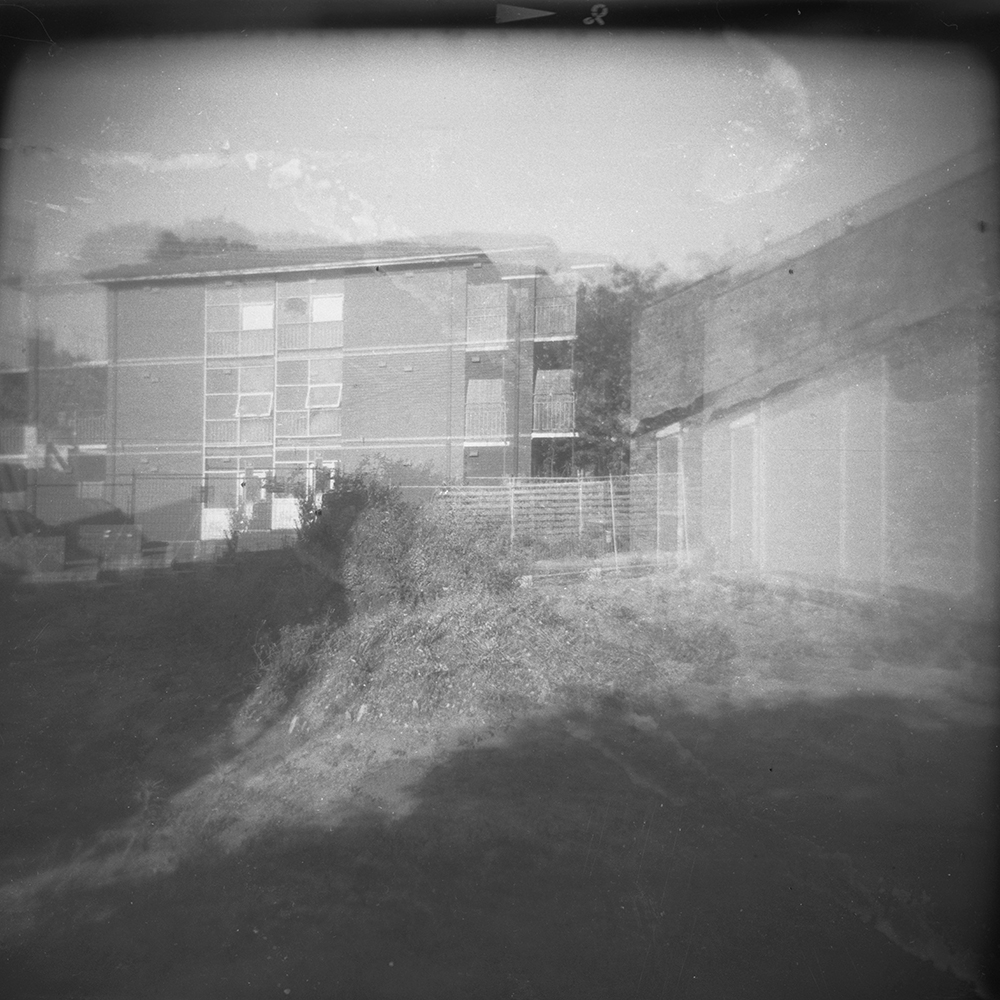 Where cities evolve in contentious circumstances and make the transition from a colonial to a post colonial state, aspects of the urban landscape such as city plans and urban design initiatives take on particular significance. This series by Damian Dillon looks at the invisible social, cultural and geographical architectures we inhabit, in particular the urban, suburban and natural environments where colonial erasure and national mythologies have failed to turn space into place as Australia remains both “unsettling and unsettled”.

The colonising representations of the immured family home and its intrusion and consumption of the natural environment is at the core of Handgun BBQ. The series uses a Derridean process of deconstruction to interrogate the structural discourse of the home – its representations and ideations- to capture the entropic ruinous state of post-colonial Australia. Initial images are deconstructed and reconstructed through chemical and digital processes to dissolve the abject boundary between object and subject-in a process of visual ‘undoing’. This opens up a fragmented affectual space that reflects our occupancy (built and un-built) of the propagated landscape. The work dissects the materials of post colonial invasion-the matter that defines ownership of space and place – tethered to a failure within contemporary desire.

Nuha Saad: The Folly of Colour