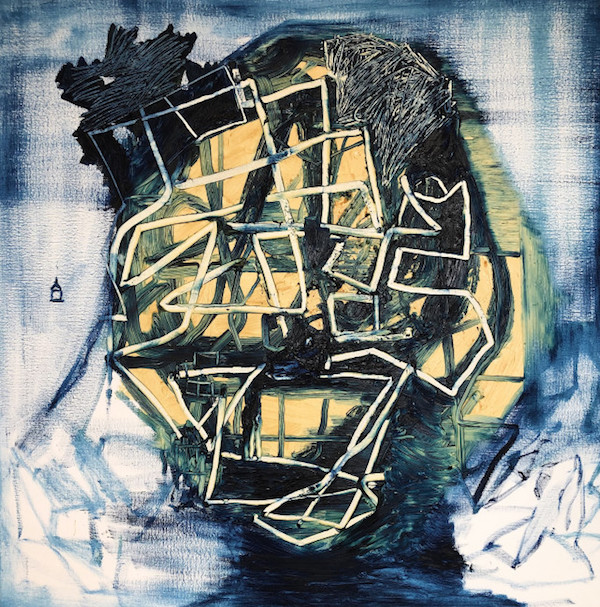 Roslyn Oxley9 Gallery presents new paintings by Gareth Sansom in It’s Now or Never, his first solo exhibition following his major survey show at the National Gallery of Victoria (NGV) in Melbourne in 2017–18.

Sansom is one of Australia’s most revered painters, a pre-eminent figure of the Australian avant-garde for more than 50 years. Nearing 80 years of age has not slowed down his vigour as a painter. Sansom is lobbing painterly grenades at mortality, religion, sexuality, abstraction, figuration, cubism, vorticism and cultural history with an energy that throws hazardous sparks from the surface of the canvas, setting alight the immediate surroundings and sending viewers, collectors and critics alike into spinning reactions of delight, revolt, confusion and sheer admiration.

It’s Now or Never captures this energy in abundance. It comes close on the heels of his major National Gallery of Victoria retrospective Gareth Sansom: Transformer, which presented 130 works and spanned seven gallery spaces. It’s Now or Never continues Sansom’s explorations of life and mortality, with renewed vitality and passion – an exhibition of a creative force at full throttle.