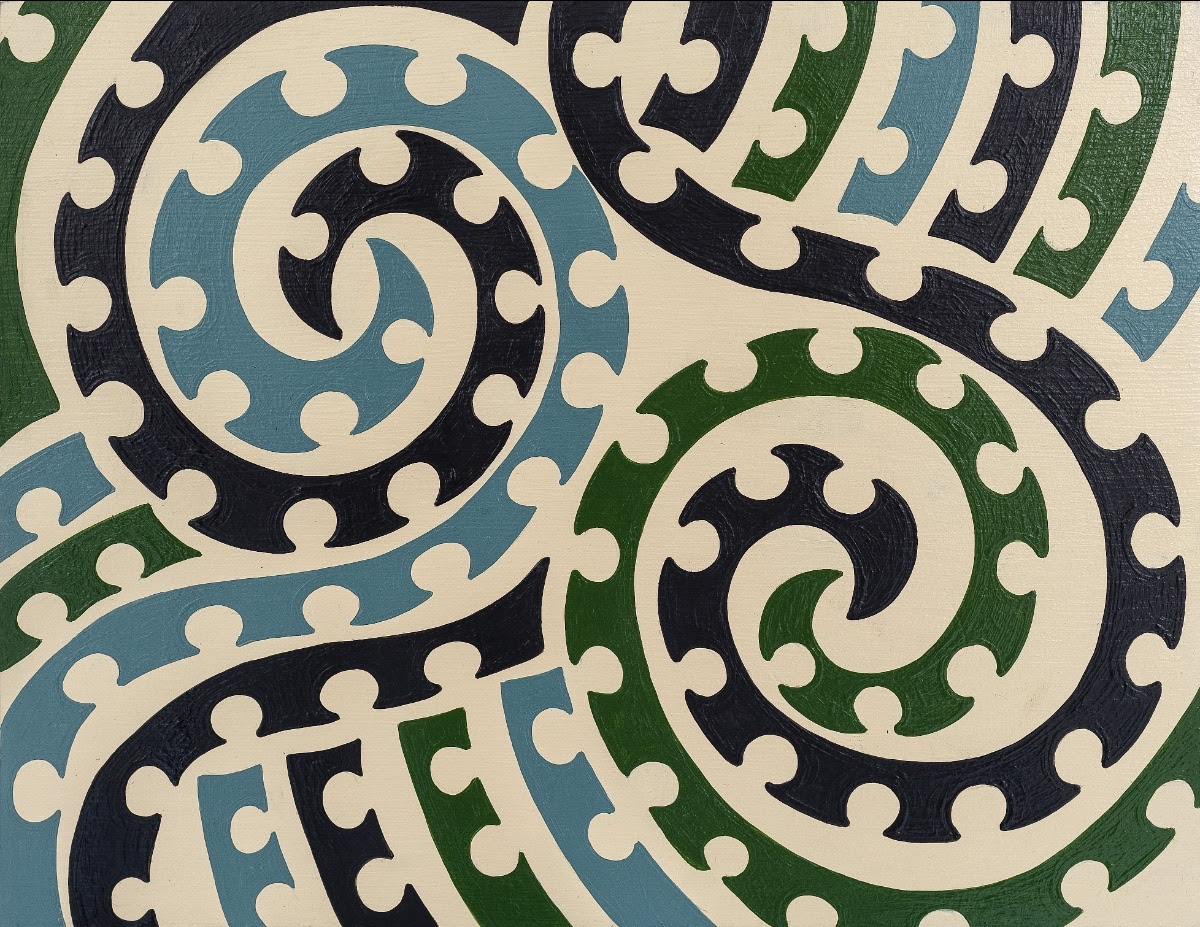 Kōwhaiwhai is sometimes defined as Māori abstract painting. It is characterised by swirling, spiralling patterns evoking whakapapa – designs which simultaneously connect Māori with the natural world.

Europeans first detected kōwhaiwhai on 18th century hoe (waka paddles) before seeing it on the hulls of waka and on the heke (rafters) of wharenui (meeting houses). Since that time a history of Eurocentric appropriation and assimilation has resulted in kōwhaiwhai becoming (not uncontroversially) a signifier not only of New Zealand art but of Aotearoa New Zealand itself.

To open our 2022 programme we are proud to present the work of ten Māori artists. Each of the ten has a practice that explores, develops and engages with a design principle gifted to them by their ancestors. And each proclaims kōwhaiwhai as a taonga that is powerful, relevant and alive in the 21st Century.