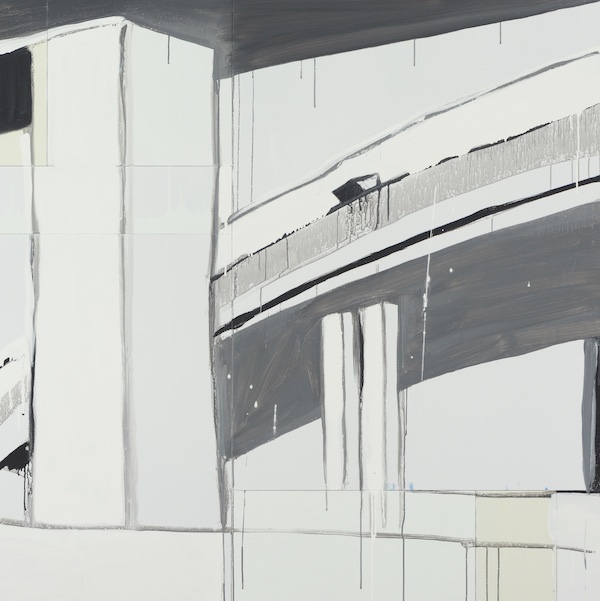 When Hong Kong was reclaimed by China in 1997, it was a very different place from the barren, mountainous island that it had been prior to British occupation in 1842. It was one of the first parts of East Asia to undergo industrialisation; it became a city of skyscrapers and a place of business with a major bustling port.

Industrial architecture often informs Jasper Knight’s practice, and in Elevator Music, it seeps into the work in a similar way, but it takes on a new geography. Here, it is not the built Australian landscape that is the centrepiece, it is the city of Hong Kong. Through a strong, physical connection to subject combined with a reductive approach to colour and composition, Elevator Music presents us a look into a fast-paced, industrious city, via a lens that is still, soft and intriguing.