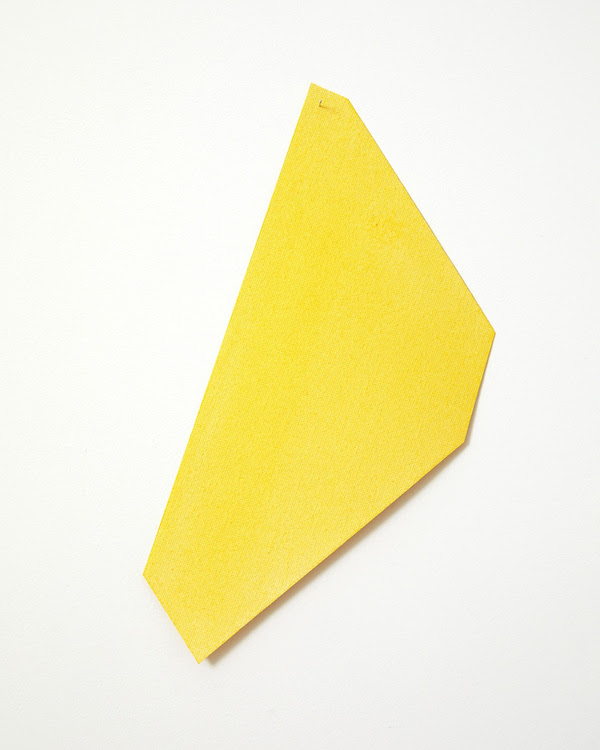 Time Slice Theory proposes that each of our conscious moments are made of fractions, shining and dispersed. A fine silt of wakefulness flickering in the moving light of the mind’s river. From this theoretical viewpoint, cognition is formed in a series of discreet frames rather than as a single, smooth duration, in rapid pulses of apprehension that pass in waves across the wet aperture of the eye. Sensation, awareness, become a dance of micro instants. A cinema of self-world perception shining on the surface of a great, magnetic darkness.

In this exhibition, Jeena Shin shifts her focus from her subtle, painterly reworking of two-dimensional space, to a spatially distributed reflection on contemporary theories of time-perception and consciousness. Noting the first images captured of a black hole by the Event Horizon Telescope this year in April 2019, Shin looks to the ways in which Deleuze’s theories of cinema and the time-image might be refracted through more recent theories of space, time and consciousness.