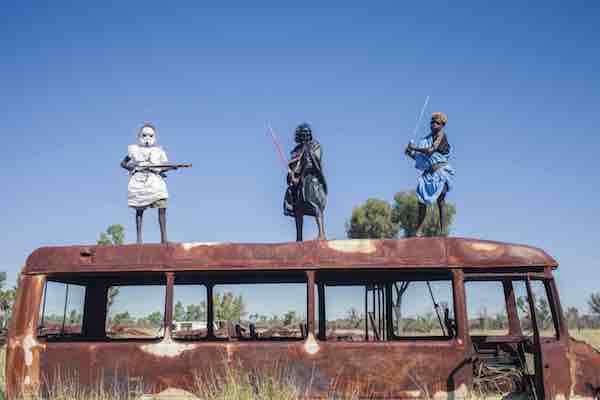 A major solo exhibition profiling the work of Queensland Indigenous artist Tony Albert (b. 1981) shows at the Queensland Art Gallery (QAG) from 2 June until 7 October 2018. One of the most exciting Australian artists working today, Tony Albert interrogates representations of Aboriginal people through a mix of humour and poignancy.

Tony Albert: Visible focuses on the artist’s vital and incisive work from 2007 to present. Many of the works highlight the artist’s lifelong passion: collecting ‘Aboriginalia’, decorative items of kitsch Australiana featuring Aboriginal people and motifs. These are reworked into sculptural, text-based installations that directly address the racial histories embodied in the objects.

Albert’s punchy installations, loaded with political and historical associations, include Headhunter 2007, Sorry 2008, Pay Attention 2009–10 and whiteWASH 2018. This latter is a major new work created especially for the exhibition.

Raquel Ormella: I hope you get this