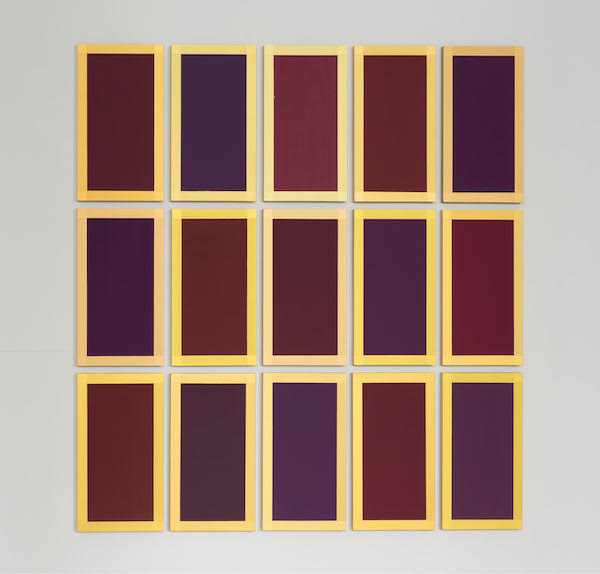 Winston Roeth is less a painter of colour as he is a painter of sensation. And yet colour remains the fundamental conduit to this awareness, albeit held within carefully defined compositions that concentrate his attention and ours. Roeth’s grids and borders serve as structural mechanisms that both slow and quicken vision, contain or release light – orient our sightlines to best experience what Roeth himself described as the “drift”.

Their presence, luminosity and character is such that they don’t retreat into the space; they are constantly reactive and immersive – dancing with the light. His paintings are filled with sensuality, whose immersive generosity functions as an antidote to the anxiety and endless clamour that marks so much of this fraught moment in the world.

Roeth will be present for the opening.

Christopher Ulutupu: Be Happy // Be Still