Yayoi Kusama: THE SPIRITS OF THE PUMPKINS DESCENDED INTO THE HEAVENS 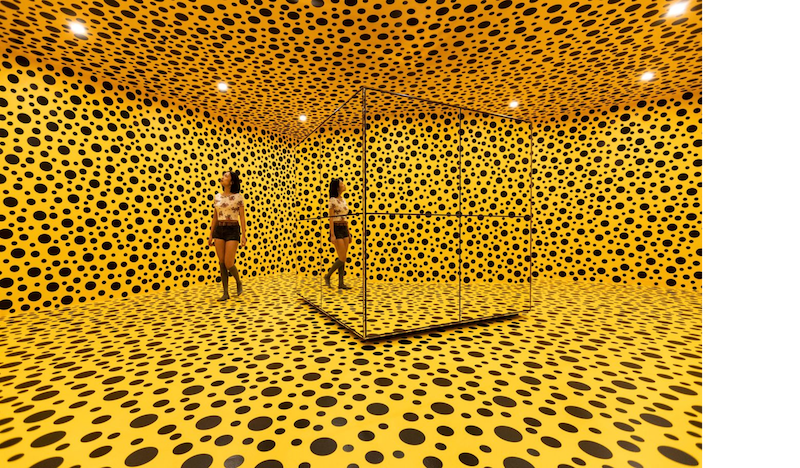 Described as ‘the world’s most popular artist’, Yayoi Kusama (Japan, b. 1929) is best known for her immersive polka-dot and mirror installations. Over the course of her 60-year career, she has engaged with an expansive idea of space and the human body. She uses several recurring motifs – dots, eyes, nets and pumpkins – to investigate repetition and to create sensory experiences that hint at the infinite.

Reko Rennie: What Do We Want?