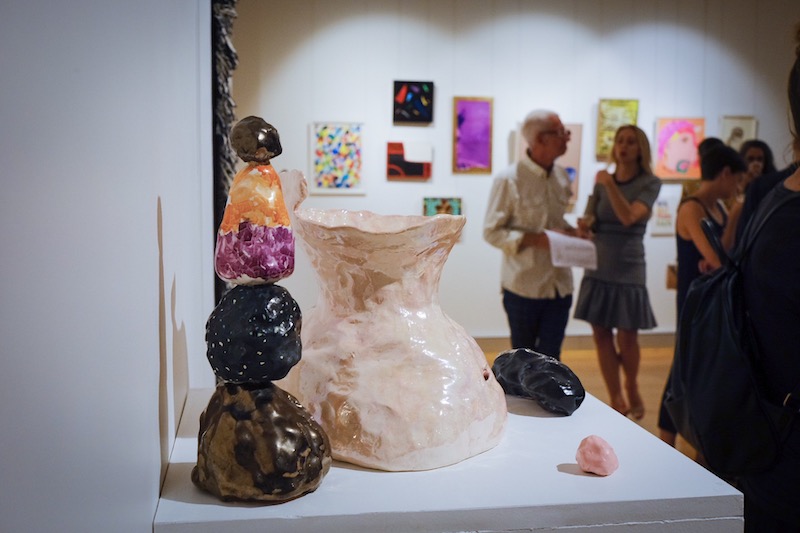 Here’s what Sydney’s tastemakers are collecting

Art Month Sydney’s Collectors’ Space takes you behind the veil with works from the collections of artistic couples who call the city home.

Ever wanted to know what Sydney’s creatives are collecting?

Throughout March, Art Month Sydney’s Collectors’ Space takes you behind the veil with hand-picked works from the collections of artistic couples who call the city home.

The 2019 iteration is curated by Firstdraft general manager and passionate art collector, Georgia Hobbs. “The couples showcasing their work are all creative professionals with an astute eye, a passion for art and supporting artists,” she says.

“Interestingly, the collectors share many of the same artists, including Phil James, Nick Santoro, Joan Ross, Tom Polo and Jon Campbell. However, each couple have acquired works by these artists in different ways.”

We caught up with the Collectors Space couples to talk collecting, exhibiting (and stealing) art. Amanda Joe and Douglas Gibson wouldn’t dare call themselves collectors. Amanda is originally from Wellington, NZ, and Douglas from western NSW. They both work in photography – Amanda as an agent, and Douglas as a photographer – which is also how they met.

What are you doing when you’re not making or collecting art?

There’s a good chance that we’ll be playing Candy Crush.

How would you describe your collection in one sentence?

A very humble collection built through trades with artist friends and the help of understanding gallerists.

What’s the piece that means the most to you?

Probably Jon Campbell’s ‘Crazy Horse’. Amanda organised my family to all chip in for it for my 30th birthday. Neil Young was the first gig we went to together shortly after we started dating, so it holds some formative memories for the both of us.

Both the Patrick Pound and Matlok Griffiths shows at Darren Knight, and Patrick Hartigan at The Commercial.

Gordon Matta-Clark for the food. Donald Judd for the furniture. David Hammons for everything else. 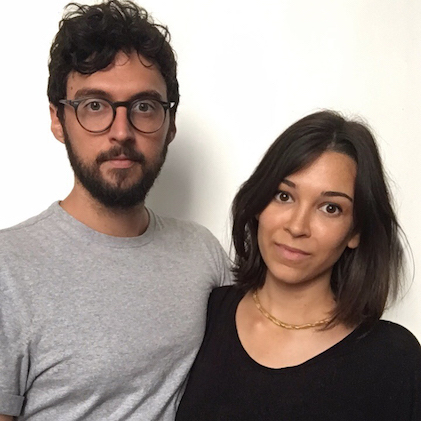 Tell me about the very first work you ever collected?

G: The first work I collected was a large ink drawing of a bleeding dog by Nat Koyama, who was a fellow student at QCA. It was about $60. It’s still fantastic.

B: I think the first work i collected was a fellow art school student, at the time, Joel Beerden. A great little painting of a Chrystaline mountain peak in a sea of blue fog. My first swap.

What’s the piece that means the most to you?

B: I really liked the third iteration of ‘The Public Body’ at Artspace. They had a couple of beautiful little Celia Hempton paintings, some captivatingly creepy Patricia Piccinini sculptures, Jess Johnson magic and a hypnotic video work by Archie Barry (Hypnic) plus so much more.

G: My mother’s [artist Marian Drew] survey show of 35 years just opened at Andrew Baker Art Dealer in Brisbane. I’ve lived alongside her art practice since childhood, so some of her photographs feel like home. It’ll be exhilarating to experience them again in a gallery context.

B: The most expensive. I could sell it on the black market and use the cash to fund a new generation of artists/buy other works. I didn’t mind that record setting Basquiat $$.

G: Leda and the Swan, Rubens. To look at it.

B: Due to running Wellington street we get a lot of applications from recent grads and emerging artists from interstate. It gives us a great overview of what’s happening. We also go to exhibitions, grad shows, openings, and look at instagram (like everyone).

G: Nationally, I could list dozens, but Lisa Sammut, Chris Bennie, Kenneth Lambert and Kate Scardifield are the first few that come to mind.

What’s the once piece of advice you’d give to someone new to collecting?

B: Don’t be intimidated, buy whichever one stands out. Artists spend their whole lives making artwork, so if you do love something buy it. Artists need you. Mariam Arcilla is a writer and arts worker with a spotlight on visual art, design, and fashion. Her fiancé Mason Kimber is a Perth-born, Sydney-based artist and educator whose practice is anchored by the ‘inbetweenness’ of architecture and memory.

Tell me about the very first work you ever collected?

MA: 10 years ago, I was co-directing an artist-run initiative on the Gold Coast called ‘Tinygold’. One of the emerging artists we exhibited was Anna McMahon, and I was lured in by her optically-pleasing lightbox installation. It was fronted by a photograph of hanging light-globes, with the globes cut out to reveal the inside compartment of the actual lightbox. I adored the simulacra humour in this work, so I bought it after our show ended and it became my bedside lamp.

MK: Dale Harding’s recent show at Milani Gallery in Brisbane was a showstopper. His works were so thoughtfully layered with history and meaning yet presented in a minimal, fresh way. In my opinion, Harding is the most exciting early career Australian artist working today.

MK: I’m looking forward to seeing the 2019 iteration of The National: New Australian Art, Gemma Smith’s first career survey ‘Rhythm Sequence’ at UNSW Galleries and ‘The Essential Duchamp’ coming up in April at the Art Gallery of NSW. Beyond the institutions, there’s always an array of amazing smaller projects showing in independent spaces and commercial galleries across Sydney at any given time.

MK: Francis Bacon (for his honest, direct, witty conversation), Emily Kame Kngwarreye (for her deep wisdom on painting as a form of language that transcends words) and Leonardo Da Vinci (for the most wide-ranging and intelligent discussions on art, architecture and invention).

MK: This is probably one of the hardest artworks to steal logistically, but I would take the whole room of garden frescos from Livia’s villa, held at the Palazzo Massimo in Rome. It’s one of the few artworks that rivals nature itself in its beauty and would be an amazing backdrop for that dinner party!

MK: Artist-run spaces and graduation shows are ideal places to discover up and coming talent. In terms of international art, online blogs such Art Viewer and Contemporary Art Daily and magazines such as Frieze, Artforum and Mousse provide a snapshot of current practices from around the world. 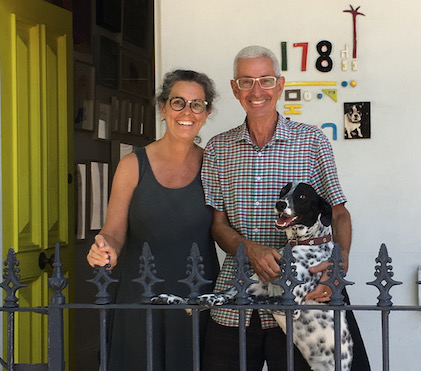 Sarah Edmondson and Rod Denson, both artists, met while studying graphic design in the 1980s. Rod began collecting art while working in a Sydney gallery and collecting became an occupational hazard while working as a picture framer.

Tell me about the first work you ever collected?

R: A Lionel Lindsay woodcut of turkeys in 1972, my taste quickly changed and I sold this work soon after.

Looking forward to the National 2019. We are really excited about Tom Polo’s show at Roslyn Oxley and Joan Ross’s VR work at ACMI.

S: There are so many, but I think Sophie Tauber-Arp, Ellsworth Kelly and David Shrigley. I love and admire the work of all three artists and wrote about them in my MFA paper. I would love to talk about how their work corresponds with mine and how their own ideas developed. I would be reluctant to have them at the same time for fear of the male guests taking the limelight and not being able to hear Tauber-Arp’s female perspective and what it was like in the early 20th century as a female artist and how much has changed.

R: Lascaux cave painters because I’ve always wondered what they were thinking and why they painted them. Marcel Duchamp because he changed the art world and Banksy for the entertainment and conversation.

Blue Poles. You can fall into it and we never tire of visiting it.

Trust yourself and buy what you love. And can afford.

If you could steal any piece of art from a museum anywhere in the world, what would it be and why?

Blue Poles. You can fall into it and we never tire of visiting it.

Which artists are on your radar right now?

Our most recent acquisitions are from the National Art School Post Grad Show, Louise Allerton and Flin Sharp we are keen to see how their work progresses. We also liked the work of Anthony Asence at the NAS Grad show so will be keeping an eye out for his work.