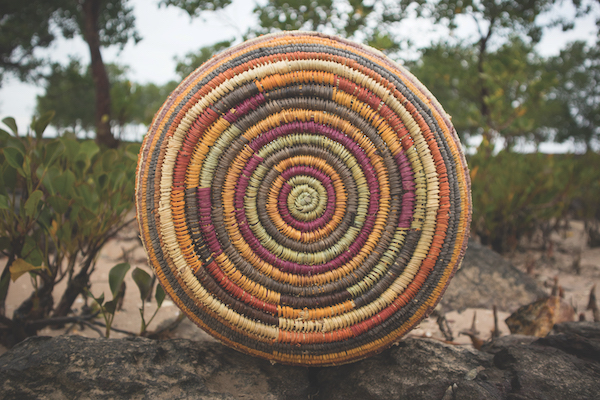 Milingimbi Art and Culture is carving new ground for its powerful expressions of culture.

THE COLOURS are those of the land itself: oxide red, mustard yellow, white, charcoal. The materials are drawn from Country: bark, shells, fibre, ochre. From these humble beginnings the artists of Milingimbi Art and Culture create fine pieces of classical Yolngu art.

I have never been to Milingimbi Art and Culture, or to the community with the same name. Or even the island, off the coast of Arnhem Land in the Northern Territory. Few outsiders have. The isolation of Yurrwi (Milingimbi Island), which is perhaps one of the most isolated Aboriginal communities on the continent, is discouraging for casual visitors, so the influence of tourism on the community and the art is minimal. Despite this, there has been a long tradition of acclaim and acquisition of the art and artefacts made here; with works in major collections dating back as far as the 1920s. Since 2019, the Art Centre has been developing the Djalkiri Community Collection, a repository of repatriated photos, videos and cultural materials and new recordings of culture for the community.

Expressing classical Yolngu culture is an important part of this Art Centre’s practice. The cultural practices of the community infuse the work, innovation driving creativity. Rarrk (cross hatching) in red, yellow, black and white, shimmers on bark, while dyed pandanus glistens faintly. Some fibres are even dyed black; producing entire works in shadowy pandanus – an expression rare elsewhere. Classical styles marry new expressions at Milingimbi, where the important thing seems to be maintenance and expression of the culture of the 12 language groups working there.

As with virtually all Indigenous Art Centres, Milingimbi Art and Culture protects and maintains culture, and sees multiple generations working together to ensure that culture remains a living thing.

As Milingimbi artist Judy Lirririnyin puts it: “I was watching my mother and grandmother doing weaving, making bathi (bags) and mät (two-dimensional weaving). I learnt to sit quietly and to work carefully. Today I sit here with my painting. My gurruŋ (son-in-law) joins me, he sings the manikay (songs) for my painting. Sometimes we tell each other the story for that painting and we cry.”

In more recent times, Milingimbi Art and Culture has adopted a newer art form in printmaking; with artists experimenting with etchings on copper plate since 2019. Milingimbi’s first suites of prints see the artists embracing this new medium to create powerful expressive manifestations of their cultural milieu. With Milingimbi currently realising plans to open a new print space in 2021, plates used for etching the Bäpurru set are to be permanently mounted on the mudbrick walls of the Centre, bringing the newest expression and the building built by their Old People together.

2020 sees a powerful installation by Milingimbi Art and Culture artists featured in the hotly anticipated TARNANTHI, an annual festival celebrating First Nations practice hosted by the Art Gallery of South Australia in Adelaide. Interconnected artworks, paintings and weavings are brought together with song from Wilson Manydjarri, speaking of clan identities, Mokuy (spirit) and the Law the artist live by. This latest opportunity and their expressive use of it is, perhaps, the beginning of this classical Art Centre reaching new heights and carving new ground for its artists’ powerful expressions of culture. 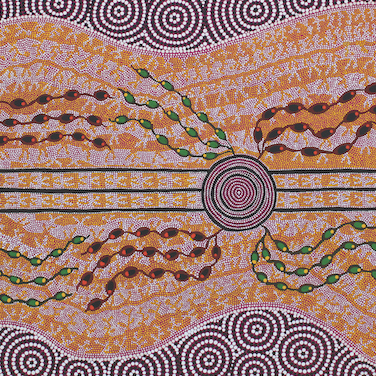 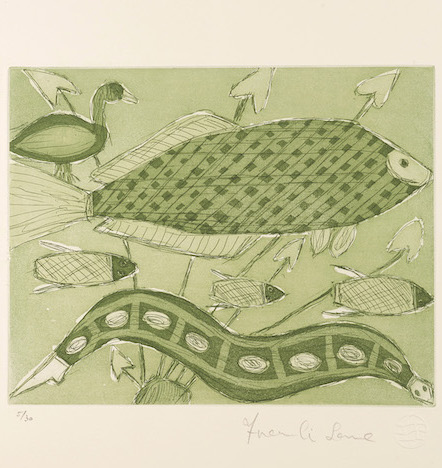