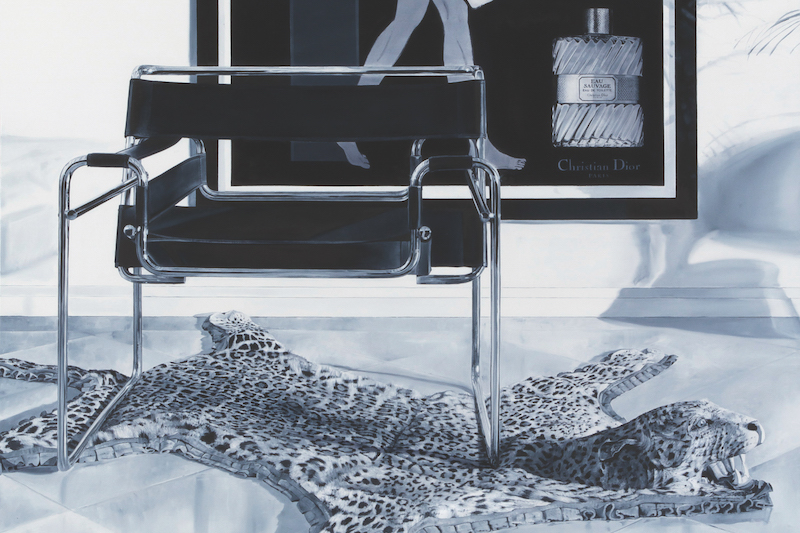 A recent study reveals millennials are the most likely group to spend $1 million plus on an artwork. Is contemporary art the new Louis Vuitton?

THE RELATIONSHIP between the commercial art market and the collector appears to be a straightforward matter of supply and demand. But it is equally the case that this desire is an effect of the commercial art market rather than its cause. The function of any commercial system is to seduce potential consumers into the false belief that it is satisfying a pre-existing need for goods and services that are necessary for our very existence, but which actually appeal to our shameless desire for more money, more sex, more love, more status and so on.

The historical development of the modern art market is a master class in this model of advertising, where desire for its product is – at least in part – generated in and through the way it promotes this product to different types of consumers. For much of the 20th century, the European art market sought to internationalise itself, and so turned its attention to America’s wealthy elite who were looking for ways to reinforce their social status. The commercial art world appealed to these people by creating an aura of aristocracy around itself; indeed, the most successful art dealer of the period, Joseph Duveen, was himself an ennobled Englishman.

Towards the end of the 20th century, an entirely new art consumer emerged who was unencumbered by a sense of history and tradition. A turning point in this development was the acquisition of auction house Christie’s in 1998 by international business- man Francoise Pinault. Pinault – the owner of a global high-end retail conglomerate that features Gucci and Yves St Laurent among its companies – saw the opportunity to aggressively market art as another luxury brand and promoted it to high- net-worth individuals wanting the trappings of an exclusive, jet-setting lifestyle.

The market has found a new breed of collector in the 21st century: the cashed-up millennial. According to the 2019 Art Basel & UBS Art Market Report prepared by Arts Economics founder Clare McAndrew, the 22- to 37-year-old collecting cohort are now the group most likely to spend $1 million plus on an artwork. Whereas previously the demography for high-level spending on art was the baby boomers crowd, latest research indicates that the new profile of the contemporary art collector is this younger generational cohort. Indeed, millennials are the fastest growing consumer segment in art collecting globally. This is especially evident in places like Singapore and Hong Kong.

The opening up of newer economic markets in Asia has proven particularly opportune for the commercial art market in general. It has allowed for the expansion of its consumer base beyond the traditional spheres of the USA and Western Europe and has also permitted the market to target the inherited wealth of Asian millennials who see a high-end art collection as emblematic of Western success. The ascendancy of this type of millennial collector has also been enabled by the emergence of the digital art marketplace – young people are naturally comfort- able with sourcing and buying art online.

So is this new breed of collector – the cashed-up millennial – acquiring art as yet another luxury life- style brand? Is a Takashi Murakami on the wall of these collectors’ penthouses the equivalent of the diamond-encrusted Birkins displayed in their walk-in closets? Ask the experts and the answer is yes, no, and maybe. UBS group chief marketing officer Johan Jervøe speculates that the rise of this younger generation of collectors might be both “a reflection of the unique and often experiential qualities of art” as well as art’s value as a long-term asset. The UBS study found that while aesthetic enjoyment is still the major driver for collecting, millennial collectors tend to be “more financially driven” – around one third of these collectors see their art as “an asset to leverage into more wealth”. It also found that they are drawn to the “social aspects of collecting”. This seems to be simultaneously a desire for superior social status, as well as the glamourous lifestyle associated with the luxury end of the contemporary art world.

While millennial collectors are more likely than their baby boomer counterparts to be motivated by financial reward, in the end, all art collectors are seduced by the same thing: art’s unique ability to deliver its owners social status, cultural enrichment and personal enjoyment alongside wealth creation.

March 25, 2021
Getting to the place where you’re on good terms with contemporary art involved a journey sometimes you forget you took. The stopovers along the way were a series of realisations. Let’s revisit them.
END_OF_DOCUMENT_TOKEN_TO_BE_REPLACED
https://artcollector.net.au/wp-content/uploads/2021/03/realisation-2-not-what-im-looking-at-is-a-rep-of-all-contemp-art-copy.jpg 1000 1000 MaddyMatheson https://artcollector.net.au/wp-content/uploads/2021/04/AC_logo_2.png MaddyMatheson2021-03-25 15:31:162021-03-25 15:31:16Cultural Capital: And Then I Realised…

Survey: Is it okay to negotiate price?
Scroll to top