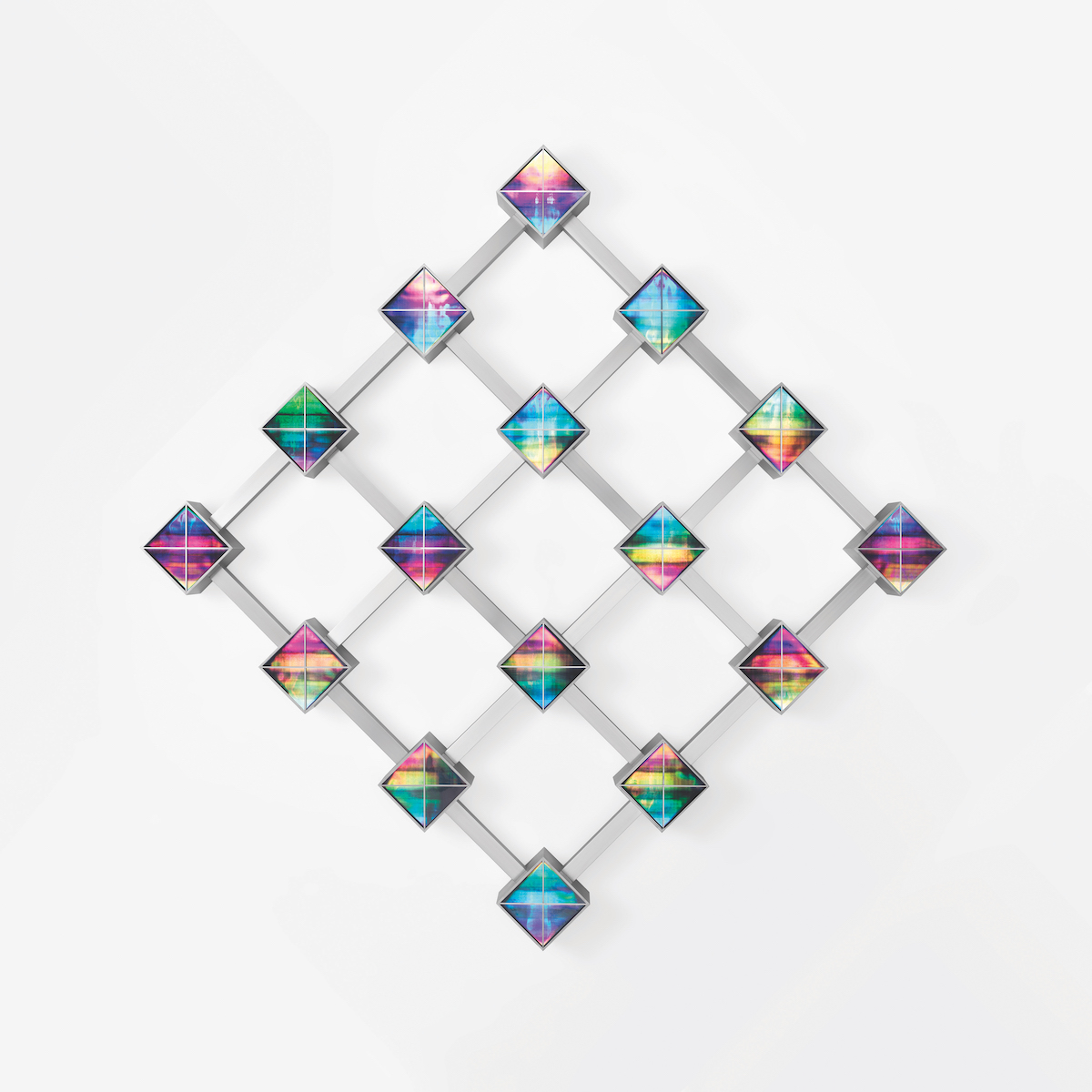 Early 2021 sees the Heide Museum of Modern Art host the first survey of Robert Owen’s practice since his show at the Art Gallery of New South Wales in 2004. Blue Over Time: Robert Owen — A Survey explores the artist’s 60-year career, with work from the 1960s and 1970s staged alongside new and more recent paintings and installations.

In his paintings as much as in his sculpture and large-scale commissions, Owen is renowned for his unique combination of geometric abstraction, sensual colour and metaphysical concerns; an approach he has refined over time through rigorous experimentation. Grounded in his vivid childhood memories of the landscape of rural New South Wales, Owen’s vision was shaped by his experiences living abroad as a young artist. The Greek island of Hydra with its extraordinary blues and cosmopolitan bohemian milieu made an indelible mark, while in London, the non-illusionistic grid variations of the British constructionists instigated a lifelong fascination with mathematical patterns and the physics of light. He brought his training in sculpture to his paintings, so that they have always betrayed a three-dimensional understanding of form while also manifesting his desire to articulate concerns outside art, in particular science.

For Owen, science, philosophy and art are all bound in the experience of wonder, which he sees as “the generator of it all”. Wonder is that experience characterised by the amazement in the qualities of a thing; it strikes us suddenly with a feeling of freshness. As such, wonder has a strong ethical element, inviting us to engage with our surrounds in a heightened state, an experience from which flows admiration, respect and the desire to know.

Wonder in nature, such as the formative experience of witnessing how the sun’s rays were broken into spectral bands by a solar eclipse, drives his art, but Owen also seeks to evoke that sensation in his audience.

The Heide survey’s title underlines the importance of the colour blue in Owen’s practice, with its evocation of infinite space and the possibility of dimensions beyond those we currently know. In Owen’s work, blue occupies that place between earthly and otherworldly realms, embodying the reverie and imagination that the artist hopes his art will also spark, along with the capacity to patch and heal what has been fractured. Owen inflects the materiality of colour, light and place through the beauty of mathematics, having some time ago observed that “geometry is a good way to find yourself through a crisis” (a sentiment all too pertinent today).

Blue Over Time: Robert Owen — A Survey, curated by Sue Cramer, shows at Heide Museum of Modern Art from February to May 2021. Owen also stages a solo at ARC ONE Gallery in Melbourne from 2 March to 22 May. A major monograph on Owen’s work published by Perimeter Editions will accompany his exhibition at ARC ONE. It features texts by Victoria Lynn, Robert Nelson, Sue Cramer, Mike Parr, Alex Selenitsch, Pippa Milne, Carolyn Barnes, Leslie and Miriam Stein and Angela Connor.