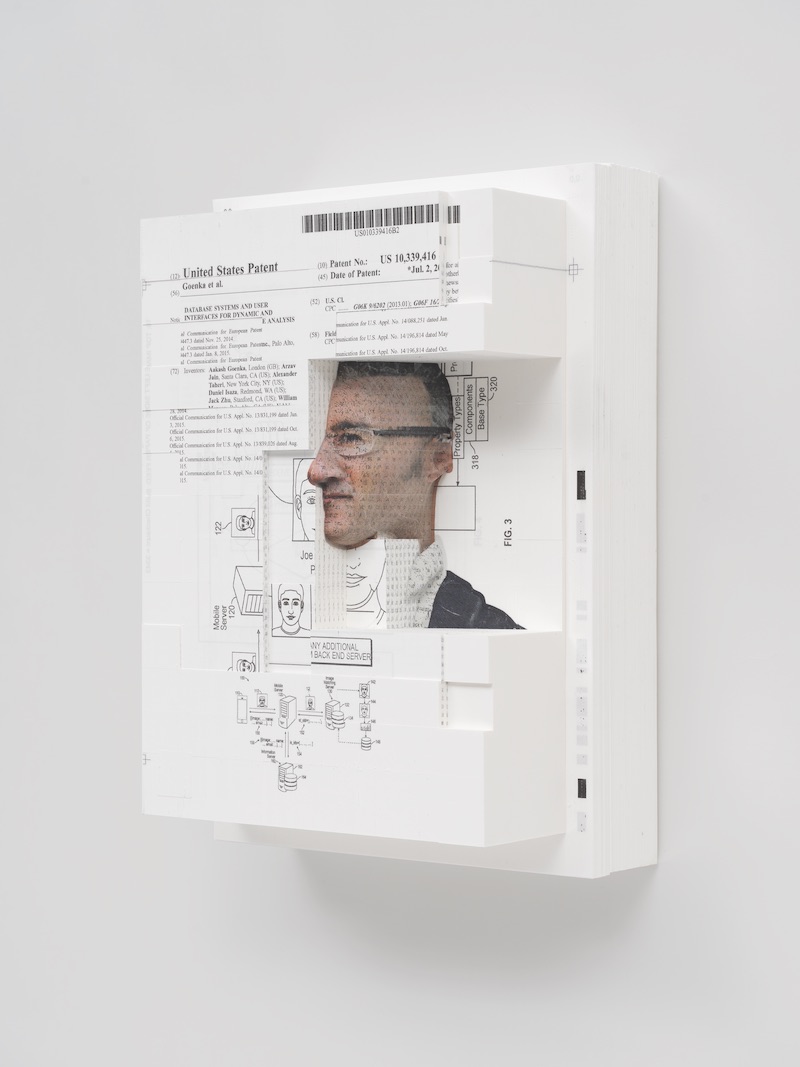 The Roles We Play

Simon Denny needs no introduction to most audiences given his dynamic international profile. The New Zealand-born Berlin-based artist’s career highlights include representing New Zealand at the 2015 Venice Biennale, recognition as a New Generation artist by the Arts Foundation of New Zealand the same year, winner of Art Basel’s Baloise Art Prize in 2012, and an extensive exhibition history.

Denny’s sculptures, installations, digital and conceptual projects principally explore the cultures, ideologies and power behind emergent technologies that are impacting the world. Denny has visualised systems of competing political and economic visions, interrelationships of labour and capital, technological development, and impacts on the environment. His work has also addressed impacts of the Internet, cryptocurrencies, blockchain technologies, NFTs, data-mining, surveillance capitalism, technological obsolescence, corporate culture, television broad- casting and national identities – and their intersection with contemporary art.

Denny’s latest project Creation Stories was conceived together with artist and architectural researcher Dr. Karamia Müller. It is the first collaborative project by Denny and Auckland-based Müller to be staged in Auckland/Tāmaki Makaurau, and will take place across Gus Fisher Gallery and Michael Lett. The exhibition includes major new commissioned artworks by Denny and Müller.

“Creation Stories…takes our intertwined family histories as a way into thinking about intergenerational knowledge-sharing in different cultural and material expressions,” explains Denny. “We came together around a shared interest in how connections across geography and time are able to be imagined and how the different meanings of creation can be brought into dialogue.”

The new co-authored artworks by Denny and Müller visualise creation stories – how commerce, sovereignty, technology and polity connect the Pacific to German-speaking Europe. The artworks bring together the artists’ family trees together with Samoa’s political history, colonial products made from indigenous plants, both artist’s familial involvement in the creation of currency, the recent emergence of cryptocurrencies and the infrastructure of Pacific telecommunications.

The works adapt structures of electrical wiring harnesses used to power vehicles to form sculptures. Creation Stories foregrounds different versions of known and lesser known narratives in the Pacific, with a focus on dialogues between Europe, the US, Samoa and Aotearoa. By spanning several centuries, cultures and genealogies, the project draws on the artists’ own ancestries and their connections to these regions. In the 1920s Denny’s great-grandfather was Chief Justice in Samoa, while after leaving Switzerland, Müller’s great-grandfather was involved in significant commercial activity with Swiss and German colonial enterprises in Papua New Guinea, Samoa and Tonga.

Creation Stories interprets narratives of beginnings and interconnections, with the project becoming a social graph of shared spaces, representation and entanglement. Denny and Müller invite visitors to consider their place within these shared spaces of intertwining histories, and the role we play as part of a network of connections that stem from our place in Aotearoa and the Pacific.

March 31, 2022
Blood sculptures that melt in the warm air on opening night, chewing gum soldiers that visitors tread across the gallery floor and jaffas that melt into hair gel are all exchanges of substances that are part of the process in Tim Silver’s artworks. To Edward Colless they form a poetic theme of sickening, contaminating love like the kiss of a vampire.
END_OF_DOCUMENT_TOKEN_TO_BE_REPLACED
https://artcollector.net.au/wp-content/uploads/2022/03/Tim_Silver-1_1-800q.jpg 531 531 AdrianaBorsey https://artcollector.net.au/wp-content/uploads/2021/11/Art-Collector-logos-transparency-WHITE-1080x1080px-2.png AdrianaBorsey2022-03-31 15:44:352022-03-31 15:44:35Artist Profile: Tim Silver

March 31, 2022
Makinti Napanangka, now over 70 years old, paints on the ground in the open air hunched over her canvas, her brushstrokes confident and instinctive. The efforts of her day’s work are eagerly sought by institutions and collectors all over the world. Jennifer Isaacs visited this prominent desert painter’s remote home base at Kintore, to watch her work.
END_OF_DOCUMENT_TOKEN_TO_BE_REPLACED
https://artcollector.net.au/wp-content/uploads/2022/03/Makinti2-800-sq.jpg 545 545 AdrianaBorsey https://artcollector.net.au/wp-content/uploads/2021/11/Art-Collector-logos-transparency-WHITE-1080x1080px-2.png AdrianaBorsey2022-03-31 15:25:222022-03-31 15:25:22Artist Profile: Makinti Napanangka