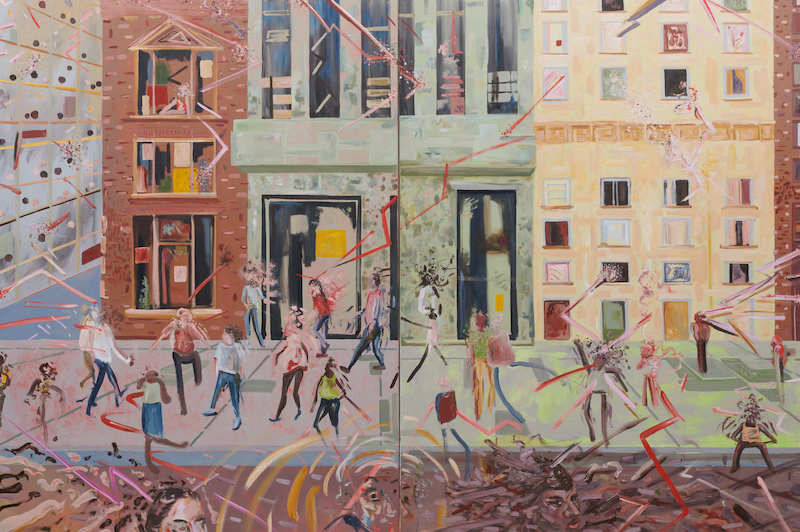 Boardman is known for creating densely layered, large-scale paintings that examine crowd behaviour, and the role of the internet in shaping ever-changing social norms. The artist combines her background in painting and animation to create narrative works that draw from the visual language of cartoons, influenced in part by her work as an animator for Cartoon Network’s [adult swim], Comedy Central and Google.⁠

Boardman’s works are held in private and public collections, including Artbank and The City of Sydney in Australia, and the High Museum of Art, The Museum of Contemporary Art of Georgia, the University of Kentucky Art Museum in the US.

Boardman’s first exhibition at her new representing gallery is scheduled for September 2022.