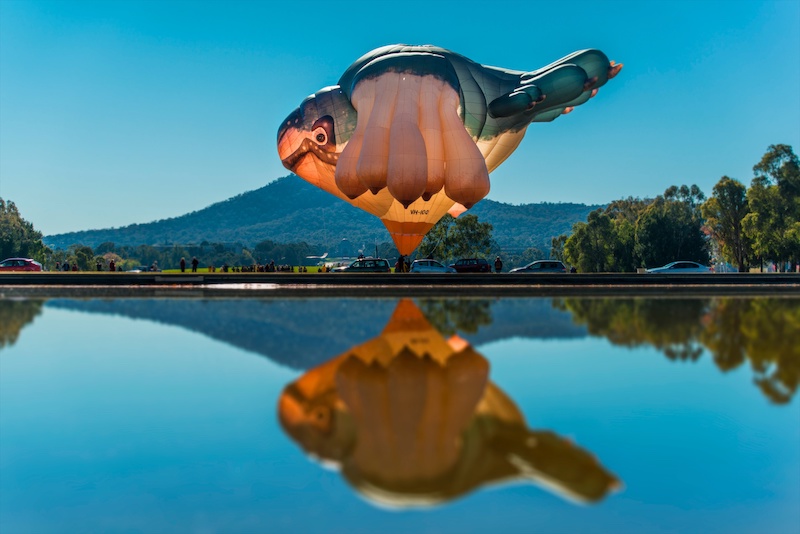 A whale of a time: Patricia Piccinini’s 2020 commission

A family of whales will fly high over Canberra next year care of eminent artist Patricia Piccinini.

Commissioned as part of The Balnaves Contemporary Series through the National Gallery of Australia, the Canberra-raised artist’s immense Skywhalepapa is the new companion to 2013’s Skywhale, which itself returns to the capital after six years touring Australia and the world.

Together the works form a Skywhale family, to be launched near the gallery and take flight over Canberra eight times during the exhibition period. The sculptures will then float across the skies of Australia as an NGA touring exhibition.

Piccinini’s practice is driven by ideas around cross-species interaction, biopolitics and the environment, as well as the emotional relationships our bodies have with others.

Her latest body of work, Chromatic Balance, is on view at Tolarno Galleries, Melbourne, until 14 December 2019. The artist is also represented by Roslyn Oxley9 in Sydney.

“There is something inherently satisfying in balance. This might have something to do with how difficult it is to find or achieve it,” says the artist. “What interests me about balance is that while it appears to be static – a motionless moment perfectly poised between two states – it is actually completely dynamic. Balance is achieved, it is held and maintained, it must be cared for. We fall out of balance, not into it.”