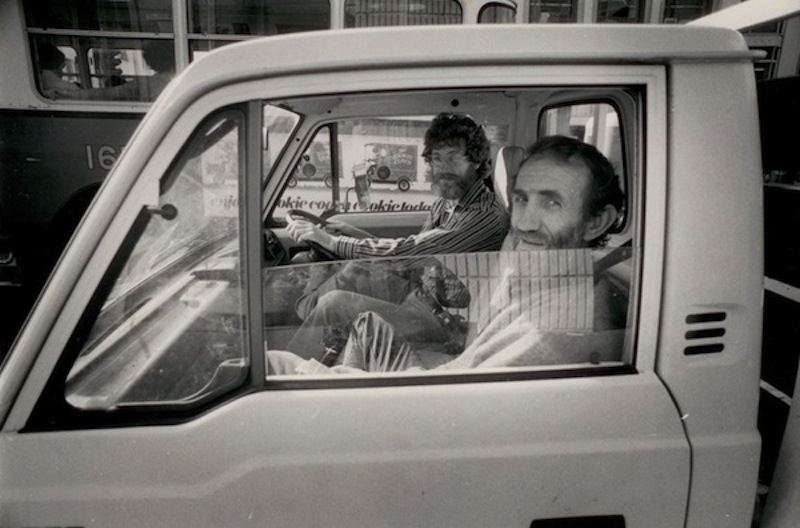 With the imminent closure of one of Australia’s oldest premiere galleries, we ask: what happens to an artist when their gallery closes?

OVER THE DECADES that Frank Watters and Geoffrey Legge ran Sydney’s Watters Gallery, the gallery established a reputation for long-term commitments to artists and a reluctance to see art in commercial terms. The gallery’s impending closure after 54 years will leave its stable of forty-something artists and artist estates temporarily homeless.

When I ask Watters what had been done to establish artists elsewhere he was reticent. “Sorry that I can’t be very helpful. We deliberately gave a long notice of the gallery’s intention to close so that our artists would have time to explore options. Of course, we are available as a sounding board and can advise where possible. I am very much averse to galleries directing their artists.”

The Watters artists to whom I spoke had nothing but praise for the gallery’s approach and for the nature of its support which can be summed up in two words: freedom and trust. Euan Macleod explained: “You were given security to work the way you wanted… the work came first. If you didn’t sell anything for the whole time it didn’t matter.” Ian Howard, joining the gallery with a hand shake contract in 1971, echoed him. “Watters has been an incredibly supportive institution, never los- ing faith in their artists. I have never been a great seller from my exhibitions. They just believed in me and my work.”

When a gallery closes, its artists’ existing relationships with other galleries can be vital. Macleod, who shows with Niagara Galleries in Melbourne, has long maintained relation- ships with New Zealand’s Bowen in Welling- ton, and Christchurch’s PG gallery 192. Howard, with a career in tertiary art education, will not be looking for another gallery, but he does have connections with Charles Nodrum Gallery in Melbourne and the Woolloongabba Gallery in Brisbane. Fellow Watters painter Mostyn Bramley-Moore, represented in Queensland by Andrew Baker, is working on a forthcoming solo show in Paris. Several Watters artists will be showing with a Darlinghurst gallery that, for reasons of loyal- ty to Watters and Legge, will not officially confirm its new representation until Watters Gallery closes in December. Painter Joe Frost will now be represented by Liverpool Street Gallery.

Sometimes artists understand they have outgrown a gallery relationship. When Stills Gallery closed in July 2017 after 17 years, Sydney-based photographer and video artist Merilyn Fairskye told me: “For a while I had been thinking it was time for me to move along. I wasn’t such a good fit with the commercial side of the business, since my artistic concerns had been getting increasingly dys- topic over the last several years. Stills’ cli- ents wanted something less gloomy on their walls, and who could blame them?” Although currently without gallery representation, she notes that “work gets out and about in different ways.” (Fairskye’s work was included in Sydney’s recent National Art-Part One, on view at the National Art School.)

For artists dependent on gallery representation for sales, closures can be extremely difficult, particularly given what Liverpool Street Gallery’s Adam Sims called “the changing ecology of the Australian gallery system”, where there has been a steep contraction in the number of galleries since the 2008 GFC. “Most galleries typically have around 20 artists and 10 shows per year. One show, every two years. That’s a long time between drinks. When a gallery closes, there isn’t always an- other one to take up the artists.”

More than one artist compared the relation- ship between artist and gallery to a romantic or familial one. Closures can feel like divorce, particularly when the gallery director chooses a new venture. Christine Abrahams Gallery closed after 25 years when Guy Abrahams decided to study climate change, and Sherman Galleries closed when Gene Sherman established her own philanthropic foundation.

Sherman offered her artists meetings, full documentation, and complete copies of individual archives. “Simply a hand stretched out to see whether they wanted our initial involvement in planning their next profession- al move. Nothing directional of course,” she recalls. “All in all, it was an emotional time. 21 years of intensive partnering for many of them had led to friendships and deep working relationships.” Janet Laurence was one of Sherman’s artists, moving to Breenspace, which closed in 2013. Now she is happily with Sydney dealer Dominik Mersch (as well as ARC ONE in Melbourne, Hugo Michell Gallery in Adelaide and numerous international galleries). Her take might be salutary: “Every gallery is so different. You miss what you think you should have.”

August 24, 2022
In this first of a three-part series on her highly intriguing ethnographic study of the New York art world, Hannah Wohl explains her concept of creative vision as it applies to the endeavours of artists, dealers and collectors.
END_OF_DOCUMENT_TOKEN_TO_BE_REPLACED
https://artcollector.net.au/wp-content/uploads/2022/08/de.realisation-2-not-what-im-looking-at-is-a-rep-of-all-contemp-art_-1.jpg 728 728 AdrianaBorsey https://artcollector.net.au/wp-content/uploads/2021/11/Art-Collector-logos-transparency-WHITE-1080x1080px-2.png AdrianaBorsey2022-08-24 13:12:522022-10-14 13:38:53Cultural Capital: Why Originality Matters