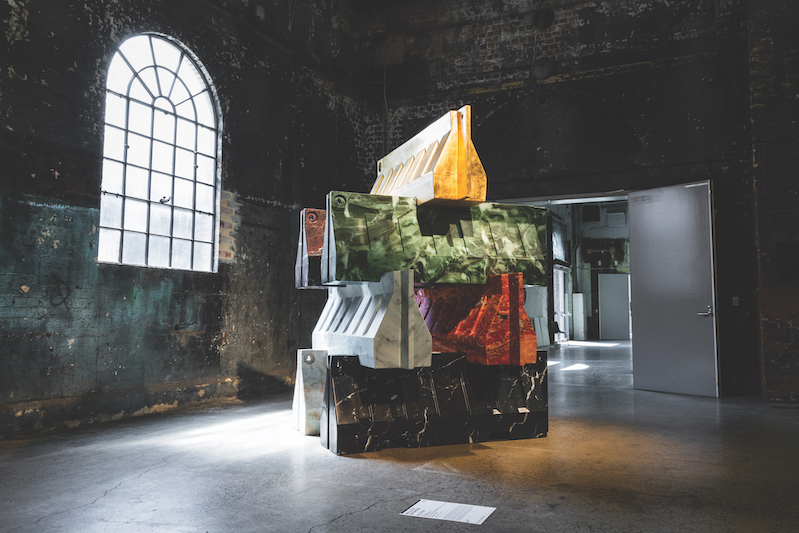 Agenda: When Bigger is Better

Some days, the art news can feel like the real estate pages. Right now, the mega-chain Pace is opening a massive 7000-square-metre [75,000 square foot] flagship gallery in New York. David Zwirner is building a five-storey, 4650-square-metre [50,000 square feet] gallery, set to open next year. In the United Kingdom, Marlborough is also growing, recently buying a neighbouring gallery space after it was vacated by Cheim+Reid.

The language around these expansions is hedged: galleries are simply giving artists the venues they deserve. In the case of Marlborough, the expansion is also said to be part of a modernisation of the business, unifying different income streams.

Exasperated headlines like How far can a mega-gallery expand? suggest ego inflation and one-upmanship. There is, undeniably, an element of spectacle to these plans. Pace opens its new space with a massive new David Hockney work, Alexander Calder sculptures, and an exhibition by the comparatively young artist, Loie Hollowell. Its flagship gallery is on a museum-scale, with museum-scale ambitions in terms of shaping the narratives around its artists and contextualising new talent.

Traditionally, the art market has gained direction and legitimacy from the institutions – that is, from the exhibition, acquisition and scholarship decisions made by curators about what art is historically worthy. This has changed in recent decades, as other factors like superstar collectors and mega auction results have come to influence tastes and prices, too. But by styling themselves as commercial museums, the mega galleries appear to be pushing this change even further.

In that light, the expansion plans start to seem less about dealer ego than creating new sources of legitimacy. The entire content marketing industry evolved for similar reasons, when consumer brands decided they were no longer willing to wait and hope for media coverage. (As it happens, the galleries are now in on this business too, with Gagosian and Hauser & Wirth both now publishing their own substantial magazines.)

This is not always a straight path. The private museum boom in China was criticised for lacking legitimacy and new museums were often dismissed as vanity projects, or worse. (One museum in Jizhou was forced to close after 40,000 fakes were discovered in its collection. China has since introduced stricter regulations for private museums.) The private museum boom spread much further however, and it has paved the way for commercial galleries to also start think- ing on a museum-scale, by proving audience appetite for new kinds of art spaces. But commercial galleries have one big advantage. As established businesses, they have a much better grasp on organisational issues like staffing, which stunted many new private museums.

But the question of staffing suggests another factor in these expansions. As Jane Morris recently wrote in Artnet, the prospect of a gallery surviving after its founder steps down is one of “near impossibility”. Like other creative businesses, she says, so much rests on the charisma and ideas of one person. Where businesses have survived long-term, she says, it’s often been by keeping it in the family, though that’s not an option for everyone.

Larry Gagosian, now in his 70s, recently appointed Andrew Fabricant as chief operating officer and also brought well-known collector and neurosurgeon Frank Moore onto staff. Both hires have the weight of a Roman emperor adopting an adult heir and have fuelled speculation about the future of the 16-gallery Gagosian business. (In Australia, the gallerist Michael Reid has been much more open with his clients, writing an op-ed in Artshub about gallery succession planning and announcing that key staff member Toby Meagher had bought into the business as a partner.)

Morris argues that the issue of succession planning is especially complicated for art galleries because of the changing nature of the art market. At the top end of the market, attention is moving from the Old Masters to the contemporary. Morris suggests that the predictive skills needed to survive in this new environment aren’t as easy to pass on as, say, provenance and research techniques. Other prerequisites, like a reputation for fair dealing with artists and collectors, take time to develop. In this market, physical expansion – developing a chain of galleries, or building a flagship space – can work to mitigate the risk by shifting the focus from individual staff to the brand and cultural value of the gallery. It might sound like a joke, but in many ways contemporary art is becoming its own brand.

In Australia, of course, we’re unlikely to see any mammoth flagship spaces anytime soon (in this market, the cleaning contractors would probably earn more than the artists), but similar developments are visible. Private museums are here to stay. In the primary market, art fairs like Sydney Contemporary have been quietly reframing themselves as art festivals, with extensive programs of talks, tours, events and installations to help galleries position their artists in the right light. Galleries use similar tactics when they fund the production of monographs for their artists, and even video interviews designed for sharing online.

In many different ways, Australian commercial galleries are thinking inventively about how to create cultural legitimacy and lead the narratives around their stable. Because that is, of course, at the core of what good galleries do: advocate for and champion their artists.

August 24, 2022
In this first of a three-part series on her highly intriguing ethnographic study of the New York art world, Hannah Wohl explains her concept of creative vision as it applies to the endeavours of artists, dealers and collectors.
END_OF_DOCUMENT_TOKEN_TO_BE_REPLACED
https://artcollector.net.au/wp-content/uploads/2022/08/de.realisation-2-not-what-im-looking-at-is-a-rep-of-all-contemp-art_-1.jpg 728 728 AdrianaBorsey https://artcollector.net.au/wp-content/uploads/2021/11/Art-Collector-logos-transparency-WHITE-1080x1080px-2.png AdrianaBorsey2022-08-24 13:12:522022-10-14 13:38:53Cultural Capital: Why Originality Matters