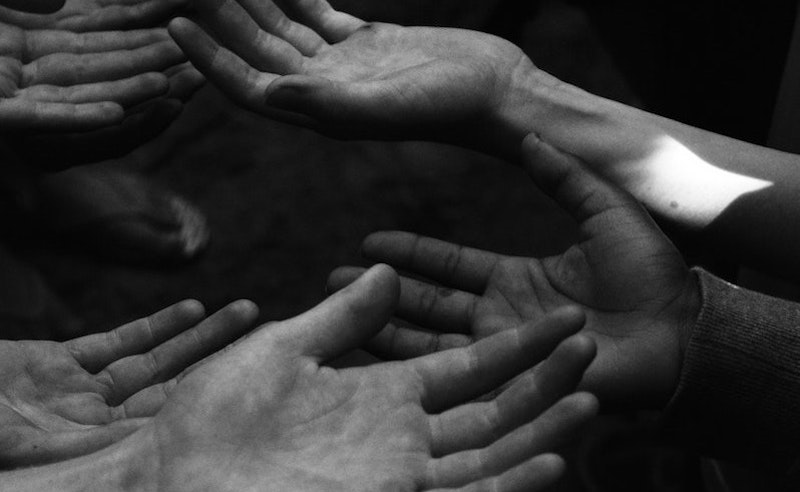 Behind the Scenes: All For a Good Cause?

Are the costs to an artist of donating their works to charity auctions ever worth the benefit of exposure?

Alongside artists’ time commitments and the personal cost of donations, including materials, transport and labour, there are important reasons why an artist might be wary about giving away their work. Most artists I spoke to for this story believed in donating time and/or works if they agreed with the cause and had suitable work available.

Many visual artists will tell you that they are often asked to create work, or to donate their time, assistance or artworks without receiving any monetary payment. Such invitations can take the form of requests for donations to charitable or other fundraising auctions, appearances at charitable or corporate events and so on. The main argument used by organisers of these events is that it is in the artist’s interest to be involved for their own marketing or exposure purposes. So, is there any economic or other value to an artist in offering their services or making donations, and should artists be responsible for doing so?

In his experience, gallerist and artist Christopher Hodges from Utopia Art Sydney regularly receives requests like these from individuals, institutions and charities. “I think artists lift well above their weight with generosity” Hodges says, noting that “many charity auctions feature artwork donated by artists as their main attraction.” While there is some value in the fact that artists might have the chance to network or be seen at such events, he muses that “the people attending rarely reappear at the gallery.”

According to the 2017 report Making Art Work: An Economic Study of Professional Artists in Australia published by The Australia Council for the Arts, artists’ total incomes are on average lower than those of all occupational groups, including non-professional and blue-collar occupations. The report found that around 60 percent of artists average an annual income of less than $10,000 from their creative work. Even when all earned income sources for artists are considered, 20 percent of artists earn less than $10,000 in total from their creative employment. Given such figures, is it the job of gallery owners and managers to act first in order to shield an artist from the pressure of multiple requests?

Edwina Corlette, owner of EDWINA CORLETTE in Brisbane says she “vets all requests for donations very strongly and the default answer is ‘no’. The only time we proceed with a donation is if the cause or request is something close to the artist’s heart – that is, when the artist has some sort of personal connection to whomever [person, group or organisation] is asking, in which event it’s not about the artist looking for wider exposure, but rather them lending their skill to a cause about which they feel strongly.”

Experienced gallery manager and owner of the recently opened N.Smith Gallery in Sydney, Nicholas Smith agrees that most requests to artists come from “charities and non-profits looking to raise funds …and the odd friend of an artist who’s guilted them into helping out.” Taking a slightly different approach, he “sends every request to the artist and we discuss. If the organisation’s mission aligns with the artist and the artist is in the position to do so – that is, when they’re not working towards a show or have overriding commitments – we go for it.”

Alongside artists’ time commitments and the personal cost of donations, including materials, transport and labour, there are important reasons why an artist might be wary about giving away their work. Most artists I spoke to for this story believed in donating time and/or works if they agreed with the cause and had suitable work available.

One successful Sydney artist mentioned that if asked to give away work, he generally said yes. Although “you want to give something that will raise a fair sum”, he was often in the position where he did not have anything suit- able in paintings or large works. “I had one experience which I did not enjoy. I donated a large, framed etching which I had framed at my expense. The organisation then said, ‘can you not donate a painting, we are trying to raise as much money as possible’”.

Giving away control of the price at which a work sells at auction may have an adverse effect on the viability of future sales. Other than making careful judgement about the beneficiary of any donations it is wise for gallerists and artists to consider factors such as whether an experienced curator has been engaged, whether the art will be exhibited and hung properly and whether other works will be of similar quality. Another artist I spoke to said, “a few weeks back a friend of a friend asked me to put something in an auction he was organising for a charity. He knew nothing about the visual arts, and it was an auction that included weekends away, hampers etc. It sounds mean, but if I put a work in that, it would probably go for $100 and if anyone ever found out it would be bad for the gallery and for me.”

This situation can worsen if the person buying or winning a work of art decides not to keep it. Generally, neither galleries or artists have control over what happens to donated artworks. Several artists bemoaned the fact that their work can end up with buyers unknown to them, or placed on the secondary market – the latter of which can lead to the work being sold at less than established value. It is also possible that an artist’s work does not sell at a fundraising auction, a fact which artists can find embarrassing, as well as being potentially damaging for their reputation or career.

Both artists and galleries however are keen to assist causes dear to them. Queensland artist and past winner of the Sir John Sulman Prize, Victoria Reichelt has often donated her time to speak on panels and mentor younger artists. Depending on their size and subject, each of her hyperreal paintings can take weeks or months to complete. Reichelt reveals, “I can’t afford to give away works, but sometimes there are circumstances where the gallery or community organising the auction has been very supportive of me, so I try to give something. This happened most recently when the Art Aid Gippsland auction came along to raise money for the bushfires that affected the Gippsland area. That gallery and community had been very supportive of me, and I was keen to help out. The auction was also run incredibly professionally, and the organisers went out of their way to respect the artists and the auction participants. You want to make sure that the organisation running the auction is well versed in the visual arts, so that they can attract the right interest that will result in your work going for a decent price. That way you aren’t doing yourself or your gallery a disservice. I always chat to my gallery – they need to be okay with where the work is going too.”

“I had one experience which I did not enjoy. I donated a large, framed etching which I had framed at my expense. The organisation then said, ‘can you not donate a painting, we are trying to raise as much money as possible’”- Anonymous, Sydney-based artist.

While all artists interviewed agreed that they do not primarily make art for exposure or money, Smith suggests that artists shouldn’t be relied on so heavily to assist with fundraising. “Creativity isn’t a tap you can turn on and off – the artist needs to make a living from their work, so it always needs to be for a good cause.” Galleries can be of assistance by helping artists with the cost of donations by removing or discounting commission or by making their own donations. As Corlette says, “I regularly donate works to Yalari, which is a not-for-profit organisation that raises money to provide full scholarships to Indigenous children from rural and remote parts of the country to attend Australia’s top boarding schools. In this case, I buy the artwork from our artists and donate it to Yalari for their fundraising dinners.”

Hodges adds that artists are by nature an incredibly generous group, concluding “It’s a tough life being an artist, but a good one.”

August 24, 2022
In this first of a three-part series on her highly intriguing ethnographic study of the New York art world, Hannah Wohl explains her concept of creative vision as it applies to the endeavours of artists, dealers and collectors.
END_OF_DOCUMENT_TOKEN_TO_BE_REPLACED
https://artcollector.net.au/wp-content/uploads/2022/08/de.realisation-2-not-what-im-looking-at-is-a-rep-of-all-contemp-art_-1.jpg 728 728 AdrianaBorsey https://artcollector.net.au/wp-content/uploads/2021/11/Art-Collector-logos-transparency-WHITE-1080x1080px-2.png AdrianaBorsey2022-08-24 13:12:522022-10-14 13:38:53Cultural Capital: Why Originality Matters