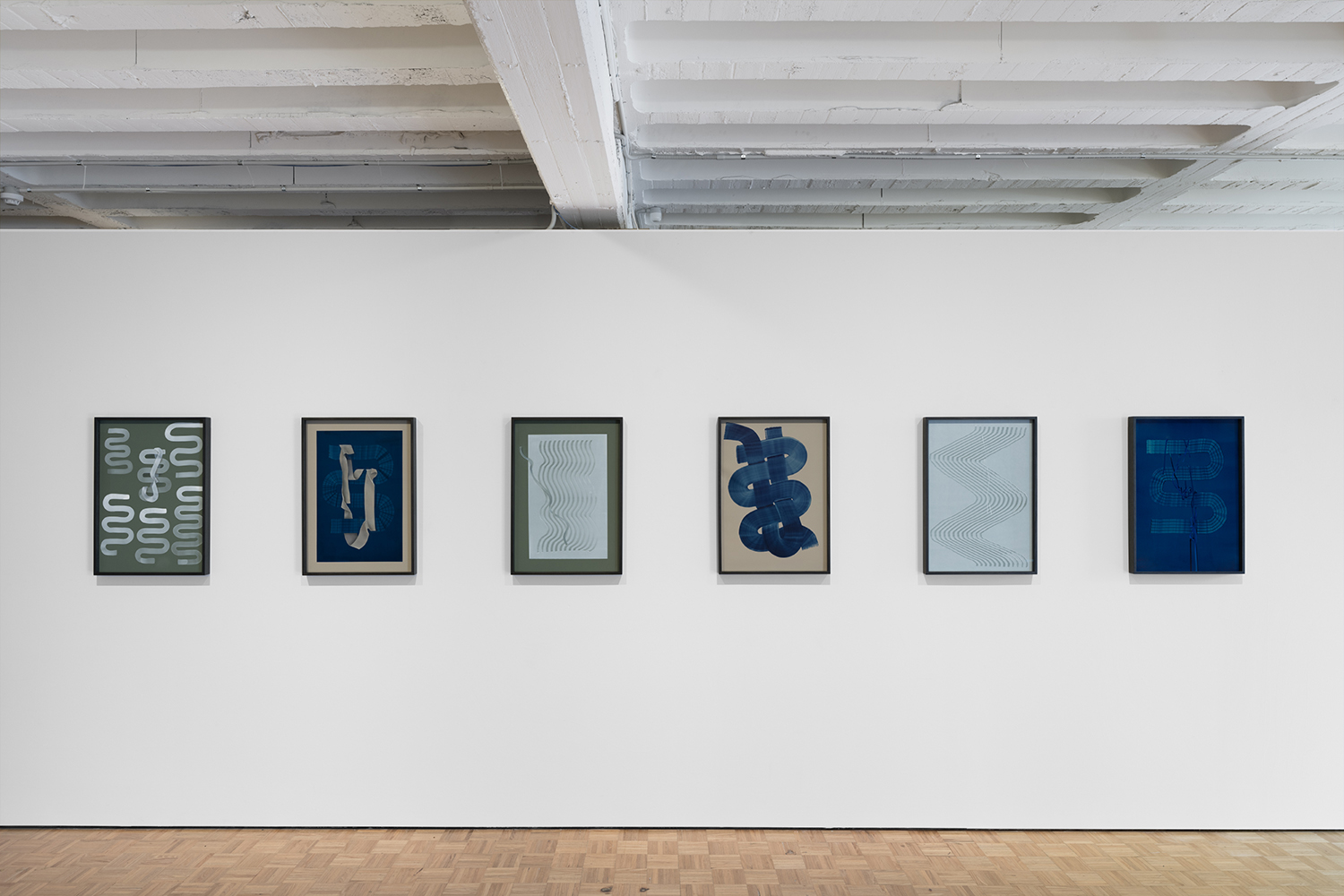 “Shadow Moves by Annika Koops at Bett Gallery, Hobart is an exhibition about motion as seen through a painterly lens. It considers the emotional register of movement in the context of automation with a series of paintings called Double Binds. These works show inert forms that resemble squiggles made of steel, conveying a sense of immovable weight. Koops often adds delicate ribbons restaged versions of these shapes developed in 3D software – which hang from their dead curves and create a stark contrast of fluidity and movement. These gestures look at how animation creates the illusion of life by giving motion to the inanimate while considering how physical expression can convey complex emotional states through subtle movements. The artist links this idea to the phenomenon of automation, which now threatens areas of labour that once relied on human movement.”