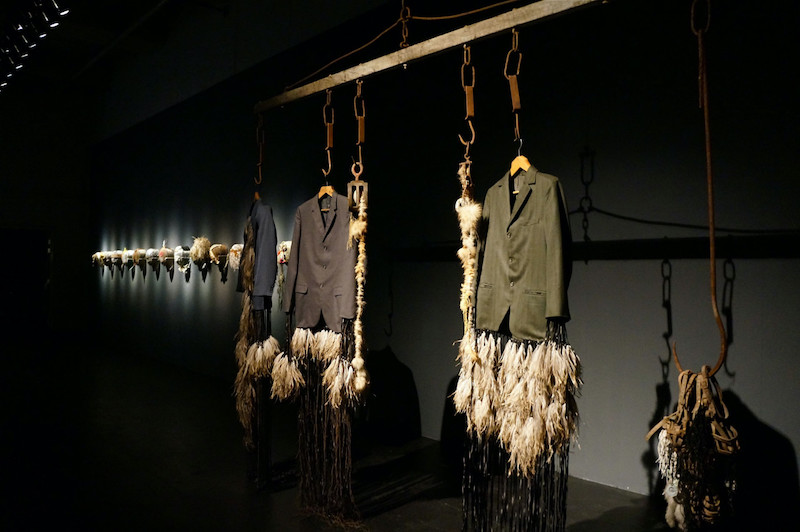 Sullivan+Strumpf has announced its representation of acclaimed Wiradjuri artist Karla Dickens, whose multi-disciplinary works have long been the subject of deep admiration and critical acclaim across the Australian and Asia Pacific regions.

Incorporating racially and sexually charged memorabilia into her iconic photography, video, and mixed-media installation practice, Dickens interrogates her own intersected identities of being Aboriginal, gay, and a single mother.

Through her work, the artist invites us to join her in engaging with stories and histories which might otherwise be lost or minimised. Bearing witness to the material cultures that haunt us, she has become a prominent and powerful voice in critical contemporary dialogues surrounding First Nations and queer identities.

Born in Sydney (Gadigal Country) in 1967 and now based in the regional northeast New South Wales town of Lismore (Bundjalung Country), Dickens has built an incredible artistic legacy over the past 30 years.

In 2015, Dickens was selected for an Asialink residency, which she undertook at Cemeti Art House, Indonesia and Artback in the Northern Territory. In 2018, she was awarded the inaugural Copyright Agency Fellowship for Visual Art, resulting in her works A Dickensian Country Show, presented at the Adelaide Biennial of Australian Art (2020); A Dickensian Circus, shown as part of the 22nd Biennale of Sydney (2020); and A Dickensian Sideshow, upcoming at Lismore Regional Gallery and Orange Regional Gallery (2021-22). Also in 2018, Dickens was a finalist in the King & Wood Mallesons Contemporary Aboriginal and Torres Strait Islander Art Prize.

Highlights of Dickens’ extensive exhibition history throughout Australia and abroad include representation in significant group exhibitions such as the NIRIN, 22nd Biennale of Sydney (2020); Adelaide Biennale (2020); Defying Empire: 3rd National Indigenous Art Triennial, National Gallery of Australia, Canberra (2017-20); The National 2017: New Australian Art, Carriageworks, Sydney (2017); and Grounded: Contemporary Australian Art at the National Art School Gallery, Sydney (2017). The artist has also recently been commissioned to produce a work for the façade of the Art Gallery of New South Wales (forthcoming).

A selection of Dickens’ works will be included in Sullivan+Strumpf’s annual group show opening in January next year, with her solo exhibition debut at the gallery to follow later in 2022.

This article was originally published 28 October 2021.