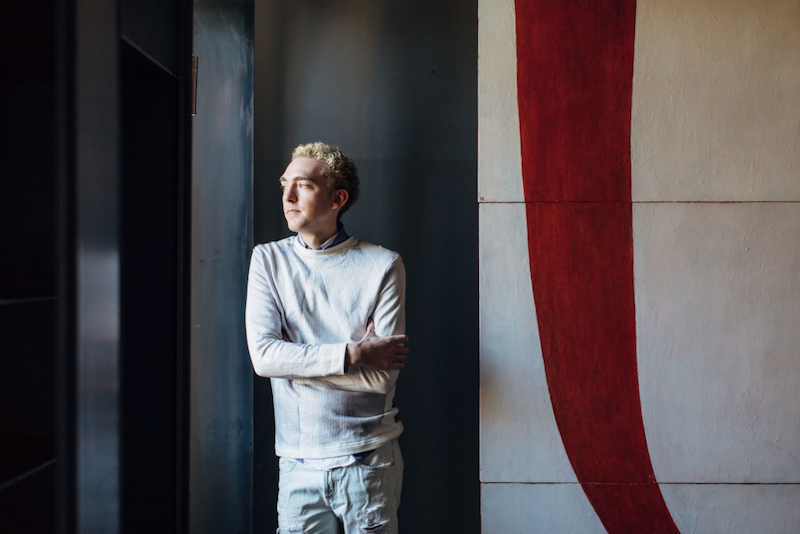 In one of the oldest Georgian buildings in Australia, young dealer Michael Bugelli has created a multipurpose gallery space full of nooks, crannies and secrets waiting to be discovered.

When I arrive at Ingle Hall, Michael Bugelli is busy twisting the body of a spindly black sculpture, adjusting the length so it stretches vertically from ceiling to floor. He is prepping for an upcoming exhibition and the work is Heather B. Swann’s meditation on Modernism, Figure that fills the space between floor and ceiling, 2018.

Weaving my way along creaking floorboards through a narrow corridor lined with books, Bugelli reveals Ingle Hall was built in 1811 and is possibly the oldest Georgian building in Australia. Once a boarding facility, a coffee house and a printing museum, Ingle Hall’s current incarnation is multi-purpose – it is a home, gallery, studio and at times, a place for artists to live and create work.

Bugelli has landed here via the Gold Coast, New York and London. After studying architecture at Bond University, he completed a stint of work experience at the late Madeline Gins and Shusaku Arakawa’s Foundation in New York, whose practice he describes “as much poetry or philosophy as it was building,” before moving to the UK and taking up a position at Howe London on Pimlico Road. Working primarily with antique objects, Bugelli says Howe “gave me an understanding and appreciation of the relationship between beautiful things and luxury markets, between antiquity and currency”.

For Bugelli, widening his focus to contemporary art was a natural progression. “I really enjoy the juxtaposition of old and new, the way you can create or explore the same kinds of feeling through antiques as through contemporary art,” he explains. With its historical Georgian architecture and constant ebb and flow of artists, it is clear Ingle Hall is a perfect location for Bugelli’s gallery practice.

Slowly building his commercial stable, Bugelli currently represents Jacobus Capone and Heather B. Swann. In contrast to the white cubed space of a gallery, Bugelli has chosen instead to embrace the character and history of his home, displaying the work of his artists throughout its nooks and crannies. “When architecture or art or objects trigger feeling in me, I respond,” he says. “It was very much the experience of living in Ingle Hall, this extraordinary Georgian colonial building, with all its stories, spaces and surfaces, that made me want to occupy it and animate it in a special way.”

Bugelli continues: “I admit I am something of an outsider, a bit of a newcomer in the world of contemporary art, but I always have a clear and immediate response to works of art – a yes or a no. When it’s a yes, I am compelled to explore and extend that feeling, and to share it with others by moving the work out into the world.”

When he engages his artists to create work for an exhibition, Bugelli describes it as a residency of sorts, as they are invited to work on site and live at Ingle Hall for the duration. When I visit, Swann is there for 10 days and she regales me with how an antique hat pin holder she gifted to Bugelli has become the catalyst for new work. “Antique objects are the platform we come together on,” she fondly says. There is a mutual admiration between Swann and Bugelli and it speaks of their ongoing and industrious exchange of ideas.

While Bugelli may be a newcomer to the commercial gallery scene, he maintains a distinct vision of blending the old with the new. He cites Sir John Soane’s Museum in London as inspiration for its “eclectic mix of antiquities, copies and the work of Soane himself and his contemporaries.” Also of influence is Jupiter Artland, a sculpture park and contemporary art gallery set among the 100-acre grounds of 19th-century manor, Bonnington House in Scotland. “The owners Robert and Nicky Wilson have commissioned major site-specific works by contemporary artists including Andy Goldsworthy and Christian Boltanski,” Bugelli says. “In fact, the title of a Nathan Coley light and text work installed there sums up my own quest – You imagine what you desire.” 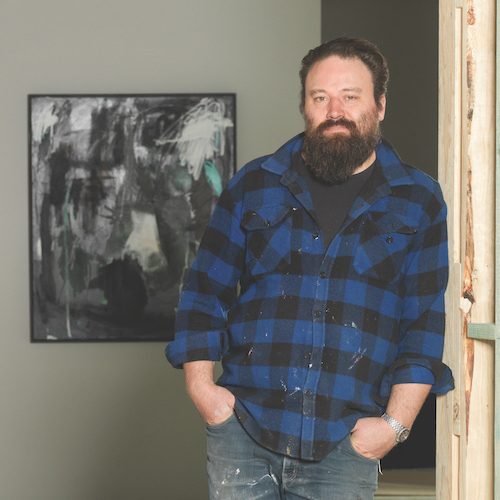