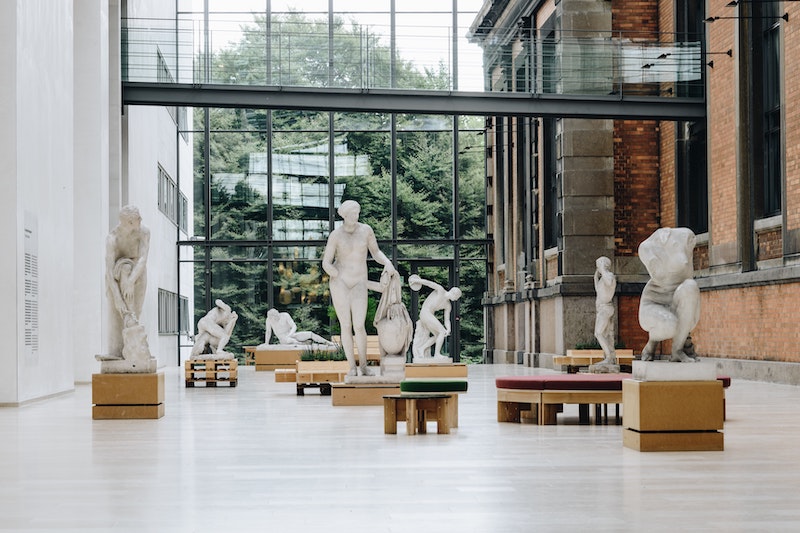 Agenda: A place in the sun

Why should governments fund the visual arts?

Fear of what the arts can say about the state of the world or the temper of a nation may be the underlying reason behind the Australian Federal Government’s initial refusal to assist the arts, universities, or anyone associated with creativity in its response to COVID-19. In March, artists without exhibitions or teaching jobs joined the long queues at Centrelink. The ABC, art galleries, libraries and museums responded to the lockdown by placing special programs online. The Australian Government was scrupulous in avoiding giving any aid to these ventures. When  Sydney’s Carriageworks went into receivership after its income streams became casualties of the lockdown, the first offer of help came not from government, but from private philanthropists. It may be that the Commonwealth Government’s fearful retreat from art has led to a new age of philanthropy. While philanthropy is always welcome, only the foolish and short-sighted would abandon the opportunities so easily granted by government support.

In 1939, when World War II was first declared, the walls of London’s National Gallery were stripped bare and the priceless collection was shipped to slate mines in Wales for safekeeping. Times were grim. The Blitz started in earnest in 1940, but art came to lift people’s spirits. As people queued for the virtuoso concert pianist Myra Hess’ free lunchtime concerts, they saw temporary exhibitions, often of new art by British artists, hung on the walls instead of the accustomed old masters. Visitors appreciated seeing art made by those who shared their experiences of blackouts and taking shelter in the Underground tunnels.

In January 1942, the British art historian Kenneth Clark brought Titian’s Noli me Tangere out of storage, where it became the National Gallery’s first Picture of the Month because, as a letter to The Times stated, “London’s face is scarred and bruised these days, we need more than ever to see beautiful things.”

These wartime activities led the British government to understand how people valued the quiet contemplation of art. It also saw that art helped those under stress understand that they were not alone; that shared images could become shared experiences. These war time activities led directly to the creation of the British Council, one of the influences behind the Australia Council and Creative New Zealand.

The development of any government policy is a hard-headed enterprise. Governments do not support the arts because they are beautiful, move powerful emotions, or describe new interpretations of the world. Rather they support the arts because historically, societies that value their culture see its creative expressions flourish. The act of looking at a work of art encourages intellectual flexibility. Art educates without being dogmatic.

In the strange game of international diplomacy, where soft power is king, art is a key weapon. The weapon only works if there is a substantial body of work to use in the demonstration of the moral superiority of the culture on display. In the Cold War years, the CIA secretly funded exhibitions of American Abstract Expressionism as evidence of the freedom of their people. This was easily contrasted with the controlled Socialist Realism of the Soviet Union. It was a calculated but very successful strategy.

Sometimes the greatest impact can happen almost by accident. In 1973, the Whitlam Government created a dedicated Aboriginal Arts Board as a part of the reconstituted Australia Council for the Arts. This board, whose members were all Aboriginal people, decided to buy the work of artists, instead of giving out grants. This soon became problematic as only the Museum and Art Gallery of the Northern Territory was prepared to buy Aboriginal work, and very few others were even prepared to exhibit it.

The Chair of the Australia Council, Dr Herbert Cole “Nugget” Coombs, was passionate about Aboriginal culture and encouraged a series of international touring exhibitions – to Canada, USA, Europe, Africa, Asia and the Pacific Islands. Works by Clifford Possum Tjapaltjarri, Billy Stockman Tjapaltjarri, Tim Leura Tjapaltjarri, and other giants of the Western Desert were seen internationally, at a time when they were little known at home. When the exhibitions concluded, the works often stayed on display in embassies abroad. Without the intervention of the Australia Council it is unlikely that the international market for Aboriginal art would have developed so rapidly – or at all.

In 1993 the Queensland Art Gallery transformed Brisbane’s international image with the first Asia-Pacific Triennial (APT). This exhibition announced that Asian art was immediate, contemporary, and easily seen in Australia. APTs continue to attract many international and local tourists, but these exhibitions helped reshape Australia’s image as a more cosmopolitan country. In crude dollar terms, these exhibitions have paid for themselves many times over.

Te Papa, Aotearoa New Zealand’s national museum, was created to hold up a mirror of the country to itself. While it is a destination for international visitors, its main purpose is to encourage New Zealanders to see, through art and artefacts, the cultural complexities of their homeland. Sometimes the mirror that art holds up to show us our true selves is less than pretty. Last year the Tasmanian Museum and Art Gallery exhibited Julie Gough’s Tense Past, an exhibition exploring the layers of abuse of Tasmanian Aboriginal people. Images will say what words cannot.

Truth-telling can embarrass those who wish to pretend the world is always wonderful, which may be one reason why, since 2014, there has been a deliberate Australian Government policy to downgrade the arts. This sadly gives the impression of insecurity on the part of our political class, a signal to the world that Australia is no longer sure that it deserves a place in the sun.

This article was originally published in Art Collector issue 93, July to September 2021.

August 24, 2022
In this first of a three-part series on her highly intriguing ethnographic study of the New York art world, Hannah Wohl explains her concept of creative vision as it applies to the endeavours of artists, dealers and collectors.
END_OF_DOCUMENT_TOKEN_TO_BE_REPLACED
https://artcollector.net.au/wp-content/uploads/2022/08/de.realisation-2-not-what-im-looking-at-is-a-rep-of-all-contemp-art_-1.jpg 728 728 AdrianaBorsey https://artcollector.net.au/wp-content/uploads/2021/11/Art-Collector-logos-transparency-WHITE-1080x1080px-2.png AdrianaBorsey2022-08-24 13:12:522022-10-14 13:38:53Cultural Capital: Why Originality Matters

Behind the Scenes: The White Idea
Scroll to top