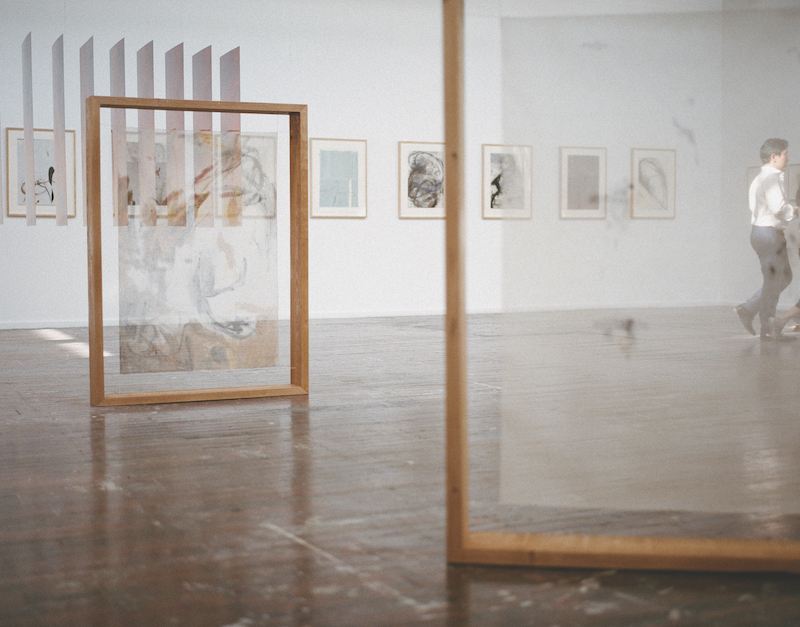 We look at those artists who gallerists have thrown their weight behind with a recent debut premier commercial exhibition.

As one of five artists awarded a Brett Whiteley Travelling Art Scholarship in 2020, Melbourne-based Charlie Ingemar Harding is looking forward to a residency at Kangaroo Valley’s Shark Island Institute and a mentoring session with painter Ben Quilty. “I will be there, whatever it takes,” he told the Art Gallery of New South Wales upon hearing news of his success. It marks the second time Ingemar Harding has been shortlisted for the Scholarship, with his winning body of work selected from 129 entries by guest artist judge, Lucy Culliton.

While still in the early stages of his professional career, Ingemar Harding has been making art since childhood. Favouring the mediums of drawing, painting and textiles, Ingemar Harding was encouraged to build his creative skills throughout his Steiner school education. Viewing his current artistic practice as a way to, “explore and understand my inner being,” Ingemar Harding’s way of working is often spontaneous, resulting in abstract explorations of texture, material and colour. “The way I work is more intuitive than subject oriented,” he says. “Subject arrives as a byproduct.”

Architecture, film and building construction serve as stylistic influences and are echoed in Ingemar Harding’s use of earthy cement-like tones and surreal arrangements of figures gathered within enigmatic interiors. In contrast, for his mixed media work A Lightness of Being (2018) Ingemar Harding applied oil paint to cheesecloth to explore the relationship between darkness and light. A finalist in the 2019 Footscray Art Prize, the sheerness of the cheesecloth allowed a delicate play between the density of paint and the plumy softness of fabric.

A solo exhibition at Melbourne’s This Is No Fantasy this year sees Ingemar Harding experimenting further with painted fabric and textiles. Visually inspired by the grid paintings of Agnes Martin and Richard Diebenkorn’s geometric, light-filled Ocean Park series, Ingemar Harding has also looked to the assemblage techniques of Alberto Burri and Sergej Jensen.

“The painted textile compositions evoke past and future; old and new sewn together for their contrast of tone, weight and texture,” he explains. “The physicality of the making process is championed by utilising raw, ripped edges and exposing the undersides of seams.” It’s a gentle departure from Ingemar Harding’s usual painting style, where he visually oscillates between loose abstractions, linear formations and figurative pieces. Despite this, intuition remains at the core of Ingemar Harding’s making process and he points out, “I am driven by the material reality of what I am using. Influence is there, but beyond that there is also space to surrender.”

Image: Charlie-Ingemar Harding, A Lightness of Being, 2018. Reclaimed vic ash frame and oil on cheesecloth, 165 x 121.5cm. Courtesy: the artist and THIS IS NO FANTASY, Melbourne.

March 31, 2022
Blood sculptures that melt in the warm air on opening night, chewing gum soldiers that visitors tread across the gallery floor and jaffas that melt into hair gel are all exchanges of substances that are part of the process in Tim Silver’s artworks. To Edward Colless they form a poetic theme of sickening, contaminating love like the kiss of a vampire.
END_OF_DOCUMENT_TOKEN_TO_BE_REPLACED
https://artcollector.net.au/wp-content/uploads/2022/03/Tim_Silver-1_1-800q.jpg 531 531 AdrianaBorsey https://artcollector.net.au/wp-content/uploads/2021/11/Art-Collector-logos-transparency-WHITE-1080x1080px-2.png AdrianaBorsey2022-03-31 15:44:352022-03-31 15:44:35Artist Profile: Tim Silver

March 31, 2022
Makinti Napanangka, now over 70 years old, paints on the ground in the open air hunched over her canvas, her brushstrokes confident and instinctive. The efforts of her day’s work are eagerly sought by institutions and collectors all over the world. Jennifer Isaacs visited this prominent desert painter’s remote home base at Kintore, to watch her work.
END_OF_DOCUMENT_TOKEN_TO_BE_REPLACED
https://artcollector.net.au/wp-content/uploads/2022/03/Makinti2-800-sq.jpg 545 545 AdrianaBorsey https://artcollector.net.au/wp-content/uploads/2021/11/Art-Collector-logos-transparency-WHITE-1080x1080px-2.png AdrianaBorsey2022-03-31 15:25:222022-03-31 15:25:22Artist Profile: Makinti Napanangka