Coming from a background in competitive sports as a youngster, Tira Walsh feels at home negotiating action in the moment, with visualisation and risk taking.

“It is a matter of digging down deep and doing it,” says Auckland-based painter Tira Walsh about the physicality of painting. Coming from a background in competitive sports as a youngster, Walsh feels at home negotiating action in the moment, with visualisation and risk taking. Now, as a graduate of the Masters of Creative Practice program at Unitec, Auckland, Walsh is drawn to the physical intensity of manipulating marks on a painted surface.

Hustle was the title of her first solo exhibition in a major Auckland dealer gallery Two Rooms in July 2019. It was aptly named. Hustling is a gesture the artist sees as key to the dialogue between herself and her work. “It begins with a silent negotiation with the materials, creating a vibe between control and risk, problem solving and the tension of the unresolved,” she explains. Walsh prefers working on large scale canvasses, using an intuitive visual language that references urban graffiti and stencilling marks, industrial noise, digital mark making, the element of chance, and physical mark making.

“I utilise the whole canvas from the back to the front, work flat on a large table and often across a number of canvasses simultaneously, making decisions as I go, editing, changing, layering, capitalising on something that works and deleting what doesn’t,” she says. “The process is very direct.” Often photographing a canvas she senses is near completion, Walsh then uses a drawing app on her phone to create additional responsive marks. These are translated back into handmade marks on the canvas, leaving a trace of disruptive uncertainty around their origins. “I hope to give the viewer’s retina a jolt, aiming to maintain a sense of rawness in [the works’] making.”

Hustle came out of Walsh’s Masters presentation, which attracted the attention of Two Rooms gallery manager Mary-Louise Browne and director Jenny Todd. Being offered a solo show at the high-profile gallery was exhilarating. “It was a big jump and the culmination of a series of group exhibitions,” says the artist. These included the Glaister Ennor Art Award in 2017; Roundhouse at the TSB Bank Wallace Arts Centre in 2017; Drawcard at the State Gallery, Auckland in 2018; and Never An Answer: 12 Abstract Painters at The Vivian, Matakana, also in 2018.

Walsh shares her large studio with a group of fellow artists whose fresh approach to painting meant they migrated together to form a collective. Among them is Brendon Leung, who is having his Master of Design presentation at Trish Clark Gallery in March this year, Reece King, who showed recently at Sydney’s Gallery 9, as well as Danae Ripley and Gabriel Tiongson.  Influenced by Unitec mentors Richard Fahey and Emma Smith, the collective emerged at the time when the visual art program at Unitec was under threat and when many felt the wider painting scene in Auckland needed a shakeup.

“Working in the huge space on campus, we lived and breathed painting together,” Walsh says. “For me it was a time to respond to the predominant white male arena of art and to negotiate more unstructured time in the studio.” That studio time now extends to a residency in Switzerland in 2020, a result of Walsh winning the Kaipara Wallace Arts Trust Award in the 28th Wallace Art Awards.

This article was originally published in Art Collector issue 91, JAN-MAR 2020. 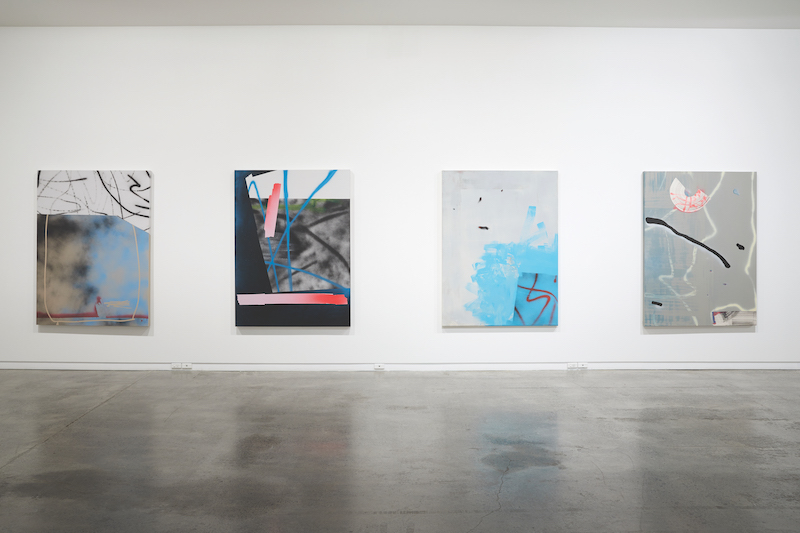 March 31, 2022
Blood sculptures that melt in the warm air on opening night, chewing gum soldiers that visitors tread across the gallery floor and jaffas that melt into hair gel are all exchanges of substances that are part of the process in Tim Silver’s artworks. To Edward Colless they form a poetic theme of sickening, contaminating love like the kiss of a vampire.
END_OF_DOCUMENT_TOKEN_TO_BE_REPLACED
https://artcollector.net.au/wp-content/uploads/2022/03/Tim_Silver-1_1-800q.jpg 531 531 AdrianaBorsey https://artcollector.net.au/wp-content/uploads/2021/11/Art-Collector-logos-transparency-WHITE-1080x1080px-2.png AdrianaBorsey2022-03-31 15:44:352022-03-31 15:44:35Artist Profile: Tim Silver

March 31, 2022
Makinti Napanangka, now over 70 years old, paints on the ground in the open air hunched over her canvas, her brushstrokes confident and instinctive. The efforts of her day’s work are eagerly sought by institutions and collectors all over the world. Jennifer Isaacs visited this prominent desert painter’s remote home base at Kintore, to watch her work.
END_OF_DOCUMENT_TOKEN_TO_BE_REPLACED
https://artcollector.net.au/wp-content/uploads/2022/03/Makinti2-800-sq.jpg 545 545 AdrianaBorsey https://artcollector.net.au/wp-content/uploads/2021/11/Art-Collector-logos-transparency-WHITE-1080x1080px-2.png AdrianaBorsey2022-03-31 15:25:222022-03-31 15:25:22Artist Profile: Makinti Napanangka

VIDEO: At home with James Lynch
Scroll to top