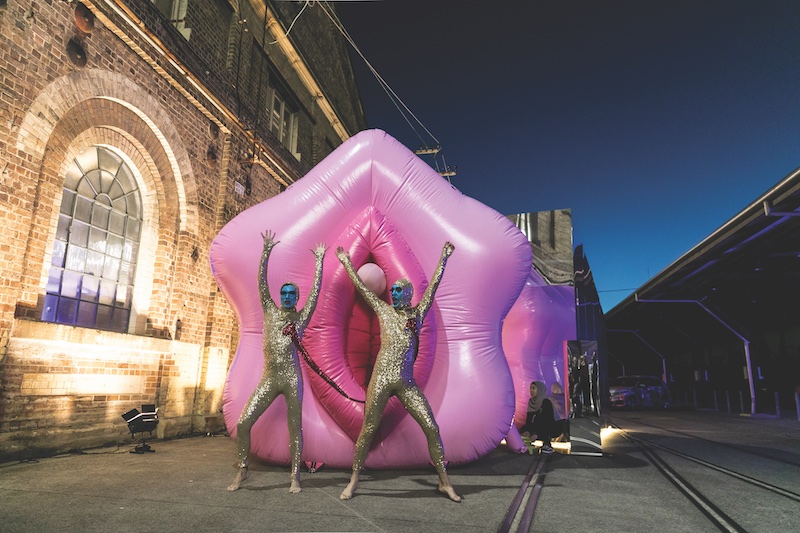 Barry Keldoulis probably isn’t joking when he says he’s most looking forward to the well-earned holiday that will follow the perennially busy and hugely successful Sydney Contemporary Art Fair, but it’s safe to say it’s not the only thing he’s excited about.

Barry Keldoulis probably isn’t joking when he says he’s most looking forward to the well-earned holiday that will follow the perennially busy and hugely successful Sydney Contemporary Art Fair, but it’s safe to say it’s not the only thing he’s excited about.

As a former gallerist and now CEO and fair director of the Sydney Contemporary, Keldoulis has had a front row seat to the evolution of the art fair model. Even 10 years ago the fair-going experience was something of an onslaught, says Keldoulis, an art world ‘meat market’. Now though, works are given room to breathe and galleries are curating and presenting museum-quality exhibitions. And with tens of thousands of people seeing the work over the course of four days, “artists are happier, viewers are happier, galleries are happier… I used to say [a fair] wasn’t the best way to see art but it was the best way to see a hell of a lot. But now it’s, in fact, quite a good way to see art.”

What has particularly struck Keldoulis this year is the number of galleries requesting even more space for their exhibitions than last year, and a survey of some of the more high profile galleries reveals an exciting breadth of presentations – from curated stockroom group shows to solo exhibitions of new work by some of Australia’s most regarded contemporary artists.

Other galleries dedicating their booths to solo shows include Sullivan+Strumpf, with Tony Albert’s The Hand You’re Dealt, Jan Murphy Gallery with a new series by Danie Mellor and Tolarno Galleries, who will premiere a new series of photographs by Rosemary Laing.

Elsewhere at the fair, the Futures section presents galleries less than five years old, including Galerie pompom, Nicholas Thompson Gallery and blackartprojects. Says Keldoulis,“The assumption is generally that younger galleries will be showing emerging artists and there’s certainly some ARIs in there, but there’s also some young galleries that have been started by people who have worked at older or blue-chip galleries and are happily exhibiting mid-career and established artists. So it’s a really good mix and a nice way to meet the next generation of gallerists coming through.”

The accompanying program of talks and events has been curated to offer something for every fair-goer, from seasoned collectors and collecting institution curators, to those just beginning to explore contemporary art. Installation Contemporary, curated by MCA chief curator Rachel Kent and assistant curator Megan Robson, will include ambitious new works created specifically for Sydney Contemporary alongside significant key artworks by contemporary Australian and international artists. While the final list of artists has yet to be announced, “A key idea that we have been working with is the idea of discovery… working with the unique architecture of Carriageworks to create spaces of surprise, reflection and intrigue within the fair.”

Video Contemporary curator, Serena Bentley, assistant curator for the Australian Centre for the Moving Image is keeping the screening program simple, she says, offering viewers a change in pace with a tightly curated selection of new and recent single channel works from largely Australian and New Zealand artists. “Videos are particularly interesting within an art fair context,” says, “Because… they’re durational and reveal themselves over time. Presenting moving image works also encourages collectors to think about the breadth and diversity of their collections.”

For those overwhelmed by where to start, don’t be, says Keldoulis, “It’s not an overwhelmingly huge show… it’s very do-able.” The director’s advice for first-time fair goers is simple: take your time, don’t be afraid to ask questions, be honest and “wear reasonably fashionable, very comfortable shoes!”

NATSIAA 2017: Pick of the crop
Scroll to top