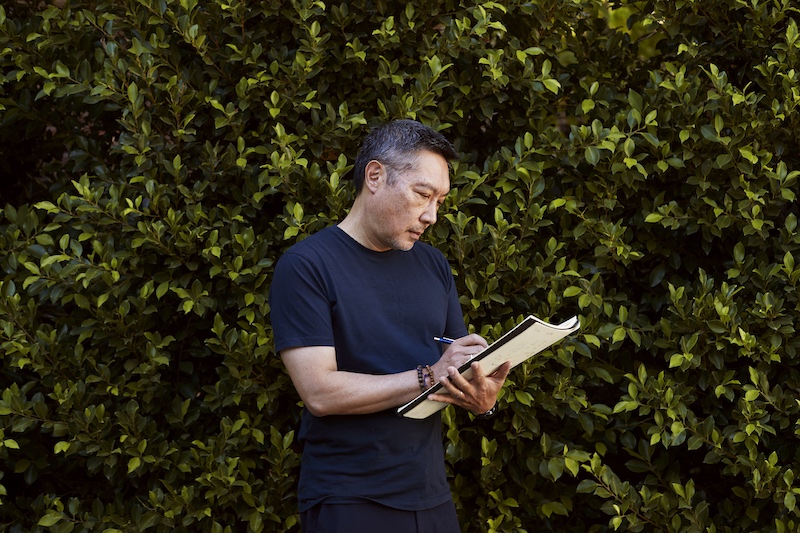 John Young’s first solo exhibition The Second Mirage was held in a fishing village on the remote west coast of Ireland. The year was 1982 and it was the first of more than 70 solo exhibitions to be held in various global locations over the course of four decades. In between exhibitions, Young wrote a thesis on Ludwig Wittgenstein and aesthetics, became involved with a punk band, participated alongside Jenny Watson, John Nixon and Robert Owen in the XXIV Olympiad of Art at Seoul’s National Museum of Art and travelled to Antarctica.

Born in Hong Kong, Young grew up in Sydney and now lives in Melbourne. Rarely predictable in life or work, Young’s favoured medium is painting and over time he has worked through several disciplines, from Minimalism and Postcolonialism to Abstraction and Digital Media. As one of Australia’s foremost contemporary artists, Young has become known for creating multiple series of works completed over several years, and for his love of scholarly discourse.

Throughout the late-1970s, Young nurtured his keen interest in aesthetics and the philosophy of science at the University of Sydney. In the years following, he incorporated this knowledge into his artistic practice, continuing to build up collections of work destined for distinct groups, each experimenting in-depth with a particular technique or theme. The body and technology, migrant experience and aspects of art history have featured heavily in his work and over the years, Young has catergorised his practice into Silhouette Paintings, Polychrome Paintings, Double Ground Paintings and most recently, Abstract Paintings and The History Projects.

There is no doubt that Young likes to stay busy. To date, his work has been the subject of two survey exhibitions and three published monographs. Via his regular travels, Young maintains a strong connection to his country of origin, regularly working to promote cultural development throughout Asia. Young’s oeuvre is often described as possessing a bi-cultural viewpoint and alongside his creative output, he played an instrumental role in the 1995 development of the Asian Australian Artists Association, now Sydney’s 4A Centre for Asian Contemporary Art.

Fran Clark, director of Arc One Gallery in Melbourne, believes Young’s work has a transcendental quality and she speaks of his ability to connect with others through art. “He is a visual artist with a deep passion and understanding for the creative worlds around him. Whether visual, sound or thoughts, his knowledge is deep in conversation with human history and our place in these multi-worlds of human understanding.” This is particularly evident in Young’s History Projects series. In 2013 his tribute to German theologian and anti-Nazi revolutionary Dietrich Bonhoeffer, Bonhoeffer in Harlem (originally shown at St Matthew Church in Berlin’s Kulturforum in 2009) was recreated as part of the events surrounding Bamberg’s 1,000-year history. In Australia, a collaboration with Two Times Architects saw Young create a public monument of 33 stone panels, etched with images and personal histories remembering the History of the Chinese in Ballarat’s Frazer Reserve. Young has also recently collaborated with author and friend, Brian Castro on Macau Days, an illustrated book engaging their shared histories in Macau.

Currently, Young is working towards a solo show at Olsen Gallery, his first exhibition in Sydney since 2011, after staging shows in Berlin, Hong Kong and Shanghai. In This is a Shelter Young will debut three groups of abstract and figurative works titled Spectrum- figures, Bridge to Innocence and Safety and Chalk Drawings. Delving into the implications of globalisation, migratory dislocation and technology, Young’s new work includes digital imagery, painting and charcoal drawing.

The abstract paintings of Spectrum figures rely on a process Young has been experimenting with for 12 years. To create these paintings, thousands of online images have been digitally transformed via algorithm into a blend of formless colours. Young then intricately paints these onto canvas. The result is a resonating conglomeration of the colour spectrum, so vibrant on the canvas you can almost hear it.

Describing the content of Bridge to Innocence and Safety, Young explains: “It’s a pastiche of iconic mi- grant imagery set against digitally-mediated works by Giuseppe Castiglioni, an Italian Jesuit missionary to China in the 1600s.” The themes of the exhibition are broad and Young’s new work travels through ideas of “historical resonance, transculturality, political asylum, trauma, melancholia, displacement and speed,” he says.

Not only has Young exhibited work at the Guggenheim Museum in New York, his work has been collected by institutions including the National Gallery of Australia, Canberra, Museum of Contemporary Art, Sydney and the National Museum of Modern and Contemporary Art in Seoul, Korea. As Philip Bacon, director of Philip Bacon Galleries in Brisbane, concludes: “The work of John Young is so individualistic, yet at the same time, completely rooted in both his ancestral past and his understanding of Australia’s art history. An exhibition of John’s is always keenly anticipated, not just by collectors, but also by me. He manages to delight, surprise and challenge us all.”

“I first saw John Young’s work in a private collection of a mutual friend Daniel Droga and I have followed him with great interest for many years.” Ahead of Young’s first solo exhibition with the his gallery, director Tim Olsen comments that the artist’s work will resonate with a sophisticated collector “who appreciates and understands the historical references and esoterics of his painting practice.”

Young’s work has been coveted by collectors since the gallery brought him on. “In the short time we have represented John we have had strong sales,” says Olsen, whose gallery sold works by the artist at Sydney Contemporary before confirming his exhibition. “His market is strong and buoyant and it seems as though the value of his work is not in question, unlike many who have taken a bath at auction in recent years.”

Of his secondary art market prices, the director adds that they, too, are “stable and strong. As Young is internationally represented, he is playing the big game, which underwrites his career.” – Emma O’Neill

As a young Chinese-Australian studying at University in Melbourne, John Young — and the likes of Lindy Lee, Dacchi Dang, William Yang and Hou Leong—were of particular interest to Mikala Tai who years later would become director of 4A Centre for Contemporary Asian Art. “The questions they forged in the late 1980s and into the 1990s reflected the questions that I was first encountering and they were quite inspirational,” she says. “From that point onwards I have followed Young’s practice closely and now am lucky to be working with him.”

According to Tai, “Young is sharply intelligent and approaches history with consideration and, with deft artistry, uncovers narratives for audiences. These narratives are sometimes clearly defined, where he leads the audience through forgotten folds of history, and other times he zooms in so close to the narrative the story literally becomes, like history, an abstract aura. His practice continuously slides the audiences’ focus, demanding of us to search harder, to ponder further and question history and, perhaps more importantly, how we write history.”

It is this ever-changing and dynamic practice that has led to the artist’s critical importance in the Australian art landscape. “Both conceptually and commercially he has continued to push himself further, eveloping an astute artistic language that continues to compel contemporary audiences.” Tai emphasises Young’s role as a strong advocate for engagement with Asia in Australia. “As a mentor he continues to encourage the voices of Asian- Australian artists and curators as they seek to push for greater visibility in the Australian art landscape.” – Emma O’Neill 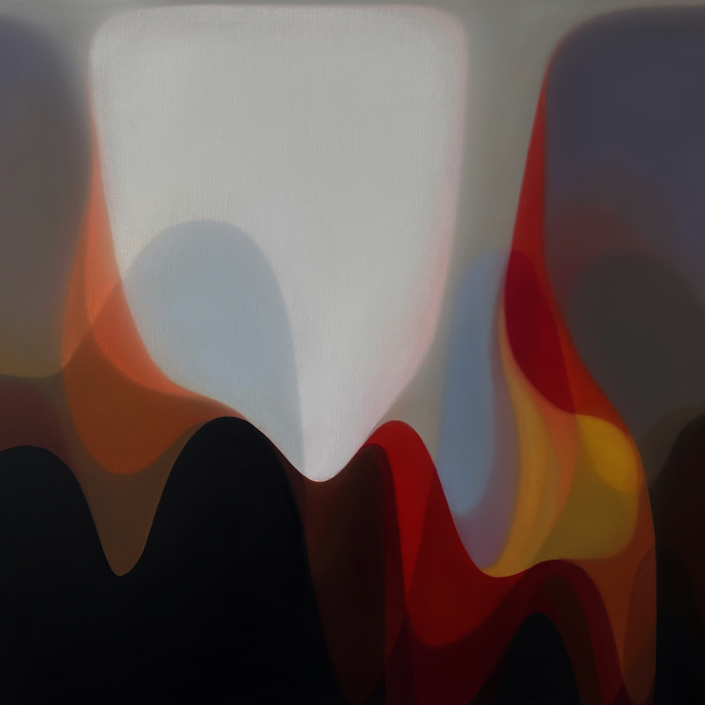 March 31, 2022
Blood sculptures that melt in the warm air on opening night, chewing gum soldiers that visitors tread across the gallery floor and jaffas that melt into hair gel are all exchanges of substances that are part of the process in Tim Silver’s artworks. To Edward Colless they form a poetic theme of sickening, contaminating love like the kiss of a vampire.
END_OF_DOCUMENT_TOKEN_TO_BE_REPLACED
https://artcollector.net.au/wp-content/uploads/2022/03/Tim_Silver-1_1-800q.jpg 531 531 AdrianaBorsey https://artcollector.net.au/wp-content/uploads/2021/11/Art-Collector-logos-transparency-WHITE-1080x1080px-2.png AdrianaBorsey2022-03-31 15:44:352022-03-31 15:44:35Artist Profile: Tim Silver

March 31, 2022
Makinti Napanangka, now over 70 years old, paints on the ground in the open air hunched over her canvas, her brushstrokes confident and instinctive. The efforts of her day’s work are eagerly sought by institutions and collectors all over the world. Jennifer Isaacs visited this prominent desert painter’s remote home base at Kintore, to watch her work.
END_OF_DOCUMENT_TOKEN_TO_BE_REPLACED
https://artcollector.net.au/wp-content/uploads/2022/03/Makinti2-800-sq.jpg 545 545 AdrianaBorsey https://artcollector.net.au/wp-content/uploads/2021/11/Art-Collector-logos-transparency-WHITE-1080x1080px-2.png AdrianaBorsey2022-03-31 15:25:222022-03-31 15:25:22Artist Profile: Makinti Napanangka