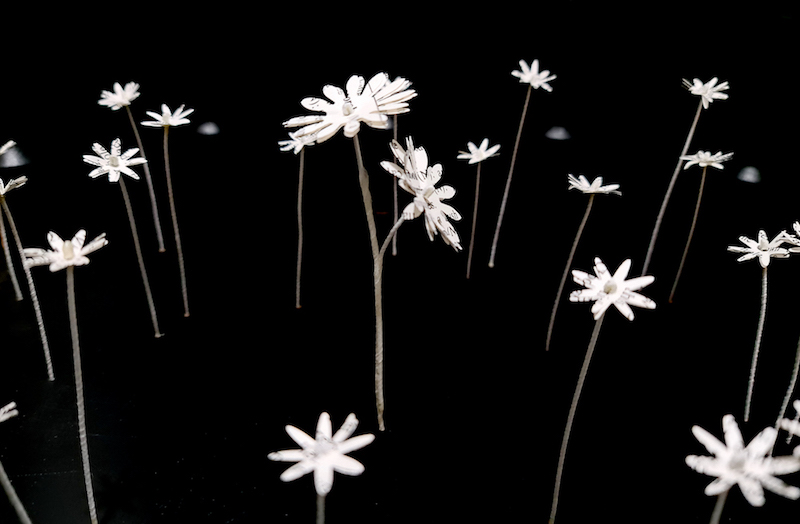 MARS Gallery is delighted to announce its national representation of Jenna Lee, with an forthcoming debut exhibition scheduled for May 2021. Collectors might recognise Lee’s name from this year’s Telstra National Aboriginal and Torres Strait Islander Art Award (NATSIAA), where the artist took out the Wandjuk Marika 3D Memorial Award.

Lee is a Larrakia, Wardaman and Karajarri woman whose contemporary art practice explores the acts of identity, identification, labels and labelling. As well as the relationships formed between language, label and object. Being a queer, Asian (Japanese, Chinese and Filipino), Anglo Australian, Aboriginal woman, Lee’s practice is strongly influenced by her overlapping identities, childhood memory as well as maternal teachings of subject and process. As an interdisciplinary artist, her work incorporates painting, projection, found object and sculpture with a reoccurring use of paper, the book, language and text.

Recent works like her NATSIAA-winning HIStory Vessels explore the transformation of the printed word through the ritualistic acts of destruction and reconstruction. Lee seeks to translate the page into a new tangible language. New experimental works created by Lee further explore these themes through animation and moving image.

A finalist Ravenswood Australian Women’s Art Prize and as well as The Libris Artist Book Prize, in 2019 Lee was the recipient of the Australia Council’s Young and Emerging Dreaming Award, presented at the National Indigenous Arts Awards as well as one of 10 finalists in the prestigious John Fries Award for emerging and early career artists.