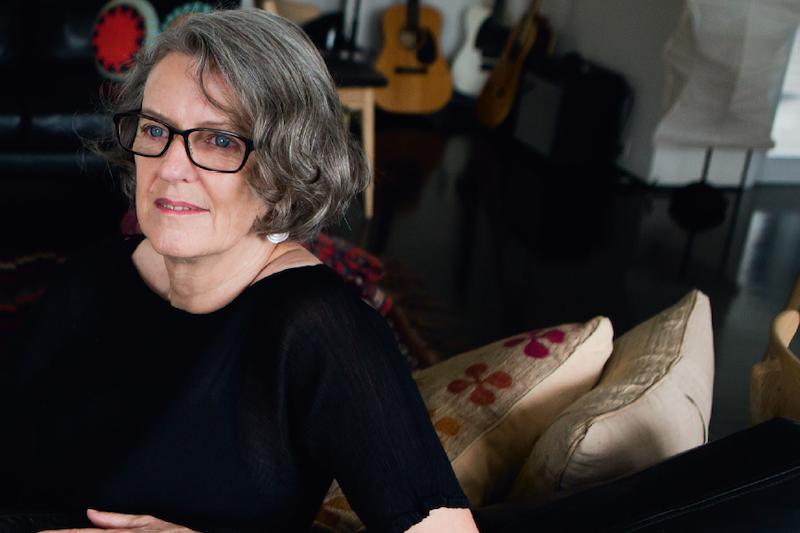 We revisit the work of Helen Eager, who has recently surprised her peers, dealers and collectors by pursuing new directions in her practices.

Helen Eager made her first trip to New York back in 1980 and has been returning regularly ever since. “It is a place to find excitement, energy, inspiration and to recharge the batteries,” she says.

Eager’s last visit inspired her new work Intersections, exhibited at Utopia Art in Sydney in September 2015. The triangle – Eager’s go-to shape – was again studied, but this time it was linked with other shapes to create an overall prismatic, tessellating form on a white ground. The work is somewhat mesmerising and unfathomable, as the eye is directed to a variety of coloured planes.

Eager has been working with the equilateral triangle as a basic shape for years. When asked if her fascination for the shape reflects a scholarly interest in mathematics, Eager responds: “I like geometry, science in general, not necessarily maths.” She says that for her, the triangle “is a way to simplify and then concentrate on colour and light. It is an aesthetic approach, even though I do use a geometric shape. I like to have a set of rules that I start with. ”

New York holds strong creative appeal for many artists. On viewing Henri Matisse’s The Cut Outs exhibition at Museum of Modern Art in New York in late 2014, Eager admired what she recognised as “the freedom and the directness of how he did that, especially later in life with his cut outs.”

Picking up on this freedom and directness that she observed in Matisse’s work, Eager’s new direction came about after periods of extensive experimental drawing. “I do a lot of drawing and I play around with colours and shapes,” she says. “When you are drawing you can play with your composition. Over the years there have been triangles, then a skein of triangles and then there is a set where I have joined them up with one line, then two lines, then three lines. I have to work slowly but progressively and then at some point I translate them into paintings.”

Eager is currently planning her next New York visit, this time with an exhibition of Picasso sculptures (many not previously publically shown) at the centre of her creative sojourn. It will be interesting to see what these works inspire in the next phase of Eager’s artistic process.