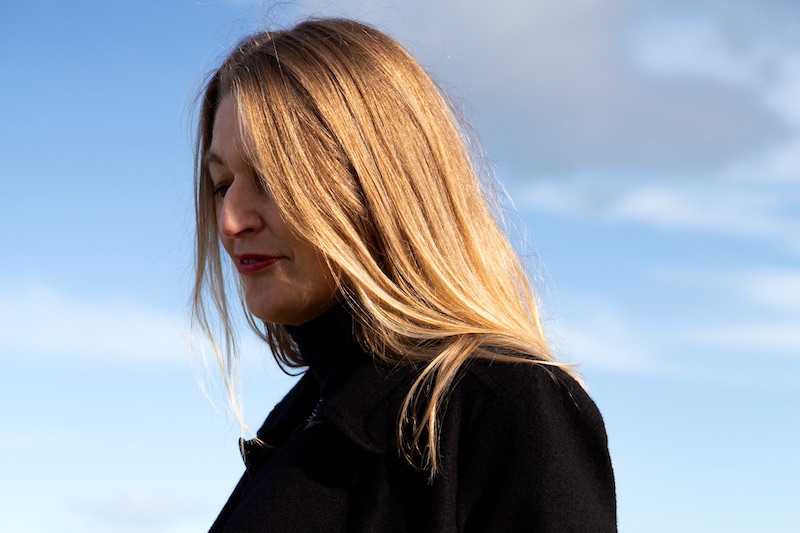 New Zealand painter Séraphine Pick has been wielding her visceral medium to explore virtual technologies, transforming the fantastic into something tangible.

IT IS 2018 and reality is augmented. Physical and digital spaces are irreversibly enmeshed, with human lives tightly woven into this complex fabric. This is the world we live in, and the world Séraphine Pick paints in.

Born in the Kawakawa, Bay of Islands in 1964, Pick studied at the University of Canterbury’s Ilam School of Fine Arts, graduating in 1987. In the two decades since, Pick has secured her position as an artist of national significance – albeit one whose oeuvre is difficult to quantify, given her tendency to “continuously reinvent her practice”, as Christchurch Art Gallery curator Felicity Milburn has noted. Despite never sticking to one style or subject matter, Pick’s work is always unmistakably her own, recognisable by an aura of strangeness and her singular, sensual mastery of paint.

Pick first began mining the internet for images in 2013. It began with a simple search for photographs of people lying down. Perhaps unsurprisingly, the images that came up were primarily of unconscious people, of people who were drunk or out of it. The ambiguity and uneasiness of these prone figures appealed to Pick and the paintings borne from this image search were shown at Auckland’s Michael Lett for her exhibition Wankered Again. Pick refers to the dormant, drunken figures she found online as a kind of “tribe” – a group of people united by their desire to get wasted, to decorate the faces of their blacked-out friends with marker pens or stacks of beer cans, to document these actions and circulate the images online.

“People are putting photos up online all the time to be part of some group,” Pick tells me, “which in itself is interesting from a human behavioural perspective.”

What began as an uncomplicated search for an image of a specific bodily pose led to a fascination not only with the niche tribes that form online – those that can be identified through their habits – but also with what these habits suggest about humans as social creatures more generally; about the way we seek to belong.

For her 2015 exhibition White Noise, Pick again used the internet as a starting place to explore ideas around collective consciousness, popular culture, belonging and misrepresentation. She searched for images of crowds and became particularly interested in documentary photographs of hippie music festivals from the 1960s and 1970s – a time when Pick herself was a teenager. Drawing on these images, Pick created atmospheric, almost impressionist- style paintings of concert-goers crowded together, earnestly feeling the music, their expressions transcendent as though experiencing God – or at least the effects of LSD.

For me, these works (such as Superstar and Guru, both 2015) seem to emphasise the silence of paint, so absorbed are the figures in listening to something the viewer can’t access. However, this is quite the opposite to how Pick experiences them, and to how she experiences paintings in general. “I’ve always read and sensed paintings as sound. This might be because I have no hearing in one ear and 60 per cent left in the other, so I have perhaps always compensated subconsciously with vision.” The dissonance between our two experiences is precisely what makes being a painter so satisfying for Pick. “The viewer is reacting to the painting, and the pleasure of looking,” she tells me. “That’s what I love about making art – you can’t control the audience’s reaction to what you do, and that interaction is what completes the artwork. It goes on to have a life of its own in the world.”

For her upcoming exhibition (which will sprawl across Aotearoa, showing at Michael Lett as well as Nadene Milne’s two South Island galleries), Pick will show a new body of work that delves even deeper into the question of what it is to be human in our augmented reality world by investigating virtual reality (VR) technologies. The exhibition title, God Helmet, refers to an experimental apparatus invented in the 1970s to aid the study of creative and religious experiences. It was dubbed the God Helmet by journalists when they learned that people participating in the experiments believed they were having mystical, out-of-body experiences. Pick describes the link between the helmet and VR, telling me that people who use VR often say that they experience “presence”: a feeling that they are really present in the virtual world, even to the extent that they experience motion sickness, or lose awareness of their body in the physical world.

Perhaps it seems antithetical for an artist working with so traditional a medium as paint to be exploring such fantastical technologies. But then again, what is paint if not a technology for making fantasies tangible? As Pick tells me, “painting is a process to create another world for your mind to journey into. It is bodily, visceral, tactile – it is transformative and made with the body and mind together.”

March 31, 2022
Blood sculptures that melt in the warm air on opening night, chewing gum soldiers that visitors tread across the gallery floor and jaffas that melt into hair gel are all exchanges of substances that are part of the process in Tim Silver’s artworks. To Edward Colless they form a poetic theme of sickening, contaminating love like the kiss of a vampire.
END_OF_DOCUMENT_TOKEN_TO_BE_REPLACED
https://artcollector.net.au/wp-content/uploads/2022/03/Tim_Silver-1_1-800q.jpg 531 531 AdrianaBorsey https://artcollector.net.au/wp-content/uploads/2021/11/Art-Collector-logos-transparency-WHITE-1080x1080px-2.png AdrianaBorsey2022-03-31 15:44:352022-03-31 15:44:35Artist Profile: Tim Silver

March 31, 2022
Makinti Napanangka, now over 70 years old, paints on the ground in the open air hunched over her canvas, her brushstrokes confident and instinctive. The efforts of her day’s work are eagerly sought by institutions and collectors all over the world. Jennifer Isaacs visited this prominent desert painter’s remote home base at Kintore, to watch her work.
END_OF_DOCUMENT_TOKEN_TO_BE_REPLACED
https://artcollector.net.au/wp-content/uploads/2022/03/Makinti2-800-sq.jpg 545 545 AdrianaBorsey https://artcollector.net.au/wp-content/uploads/2021/11/Art-Collector-logos-transparency-WHITE-1080x1080px-2.png AdrianaBorsey2022-03-31 15:25:222022-03-31 15:25:22Artist Profile: Makinti Napanangka