Tjungu Palya Art Centre shows us that the most amazing things can often come in the smallest packages.

Since 2006, Tjungu Palya has represented artists from the tiny communities of Kanpi, Nyapari and Watarru, on the Pitjantjatjara Lands,around 100 kilometres south of Uluru. Described by manager Benji Bradleyas “a very small Art Centre with a large cultural presence”, it is in fact the smallest on the Anangu Pitjantjatjara Yankunytjatjara (APY)Lands.Nonetheless, it wields powerful influence and a national reputation for high quality work, as well as a high level of innovation.

A case in point is the substantial commercial and critical success of the Painting on Country project, instigated by senior law man Keith Stevens, and curated by Nici Cumpstonfor TARNANTHIin 2017. A series of breath-taking, limited-edition photographic prints documenting ephemeral white pigment paintings at various sacred sites on Country, the show typified the Art Centre’s explorative approach to facilitating connection with the land, and intergenerational knowledge-sharing. “When Anangusit down on Country we are happy,” Stevens states. “When I am outside painting with my family, I feel peaceful, you can see that in this project”. The series was acquired by the Art Gallery of South Australia, and numerous international collections, with only one set currently remaining unsold. Similarly,Ngayulu Mantangka Walkatjunanyi (I am Drawing in the Sand),a group exhibition of 36 works on paper at Darwin’s Outstation Gallery in mid-2017, saw senior artists explore the new medium of ink drawing. The entire suite of workswas acquired by Artbank.

While expanding the practices of its senior artists, this explorative approach has also allowed younger artists to assert themselves. Rising star Teresa Bakerhas established an impressive profile in recent years, following up her inclusion in Melbourne’s Australian Centre for Contemporary Art’s Painting. More Paintingwith a sell-out show at Vivien Anderson Gallery. “Melbourne is a big city with berampa tjuta(many whitefellas), but a lot of people know about my paintings,” she observes.Baker was one of three Tjungu Palya artists to travel to Switzerland earlier this year for a survey of collector Berengere Primat’s Aboriginal acquisitions, thetrip highlighting the attention the Art Centre has received from Europe in recent years via the sale of numerous major works. “I’m so happy that people in the cities want to learn about Ananguand our tjukurpa(stories),” says the artist.

Tjungu Palya’s innovation also extends to its business model, recently streamlining its output to focus exclusively on the creation of fewer, but more culturally-potent, large-scale works targeted at major prizes, acquisition by institutions and international markets. It is a strategy that “naturally leads to far lower production than other Art Centres”, notes Bradley, but “the benefits of this are numerous. Artists have more time to be outside, looking after Country and attending to cultural business.” The approach seems to be paying off; 2017 was an almost-sell-out year for the Tjungu Palya, with 2018 proving equally as strong to date.

Tjungu Palya will show a series of nine masterworks by the Art Centre’s leading artists at Vivien Anderson Gallery, from 31 October to 24 November 2018. 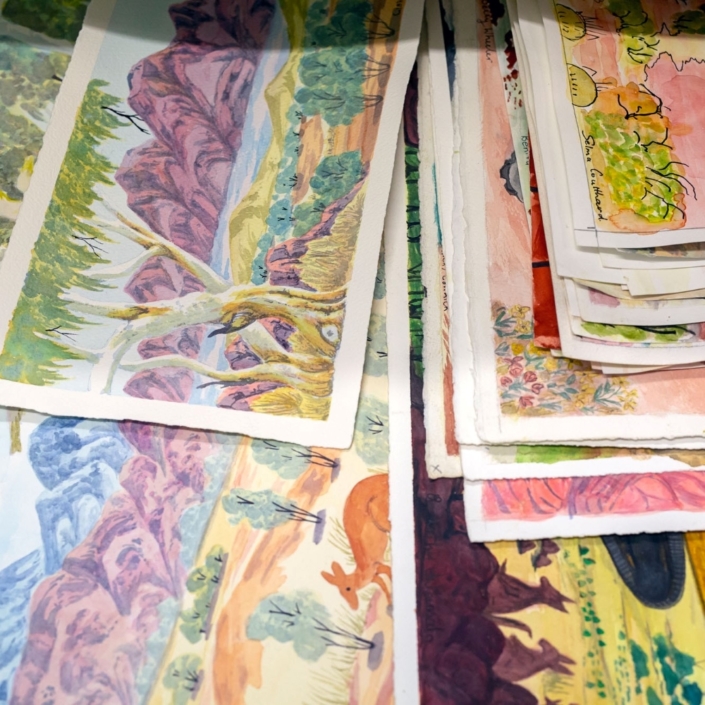 The Armory Show celebrates art and heritage
Scroll to top