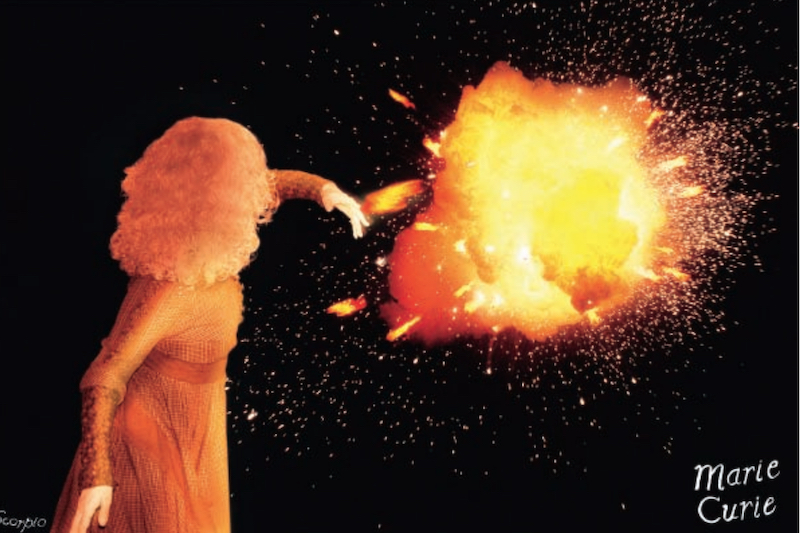 One of the first things I noticed on a recent visit to Tracey Moffatt’s New York studio is a photograph inscribed with the words Loch Ness Monster, as well as Moffatt’s name. She tells me she took the picture in 1979 at the age of 18, when she had just acquired her first camera, a second hand Asahi Pentax Spotmatic and indeed, the picture was taken at Loch Ness where Moffatt says she saw something dark on the surface of the water and quickly captured it on film. She reprinted the image two years ago. “Unfortunately I had no time to focus my lens,” she says. “What is left is a blur of a dark green lake.” She points out that “it looks like all the trendy photo art you see nowadays, the blurry out of focus look which I really like but know in my heart I could never do. I could never photograph a row of trees on a boulevard and deliberately throw them out of focus and then make a print and call it art. Other people can do this and it looks gorgeous.” Somehow both the picture and Moffatt’s attitude towards it seem characteristic of both her art and her outlook – she is deeply curious about the world and the possibilities of art, and she knows exactly where she stands with her own work and aesthetic approach.

Moffatt grew up in Brisbane, and worked mainly in film in the 80s and early 90s, directing her own films and music videos and making documentaries for television. She became known in the art world for her series of photographs – notably the lush, cinematic colour pictures in the series Something More (1989), the jarring photos in the Scarred for Life series of the late 1990s that detailed incidents of abused adolescents through photographs and text and the dark, gothic black and whites of the Laudanum series (1998). More recent series have included Fourth (2001), photos of losing athletes made after the Sydney Olympics, and The Adventure Series of composite photographs in high-octane colour, inspired by comic book sequences using backdrop paintings and cast with Brisbane locals as well as Moffatt herself. Alongside her photographic series she has also made films, most recently in collaboration with Gary Hillberg. She has had countless exhibitions, and last year a major survey of her work closed at the Museum of Contemporary Art in Sydney. Her photographs are in the collections of such prestigious museums as the MoMA in New York, the Guggenheim, the Museum of Fine Arts, Boston, The Museum of Fine Arts Houston, the Brooklyn Museum of Art, the Moderna Museet in Stockholm, and The Folkwang Museum in Essen, Germany.

She now spends much of her time in New York, but is in Australia three times a year, and keeps closely in touch with the Australian art world. Since 1997, Moffatt has been represented by Sydney’s prestigious Roslyn Oxley9 Gallery. The price of her work now ranges from $1,100 to $25,000.

And soon she will have a pied-a-terre in Australia, designed by Australian architect Gabriel Poole, who is known for his lightweight houses created specifically for subtropical weather and Southeast Queensland. Her house will be in the resort town of Noosa, an hour and a half north of her hometown of Brisbane. Moffatt freely admits that she “can’t stand Noosa with its hustle and bustle, but I adore all the nature that surrounds.” Her house will sit next to the ocean, propped up on stilts and featuring solar heat, and a curved roof. Most quirkily, the house actually resembles a pistol from a certain perspective. In fact, Moffatt says, when she consulted with Poole about the design a year ago: “I asked him to make me a shiny metal gun poking out over the water. He burst into laughter.”

In her studio, she shows me her recent video Love (2003), which is made (in collaboration with Hillberg) from compiled scenes from classic films. Dramas of idyllic courtship devolve into men’s violence towards women, and ultimately to women pulling guns on men. It’s at once gravely serious, powerful, empowering and not without an element of humour. Moffatt has expressed ambivalence about having her work categorised as feminist; her hesitance is understandable, insofar as artists rightly chafe at having their work pigeonholed as standing for one camp or another. Even so, Love has been requested for a major exhibition reassessing feminism in contemporary art, scheduled for the Brooklyn Museum in 2006, and, she tells me of Love: “I made it for women.”

Showing me around her cosy apartment-cum-studio, located on 10th Avenue in the heart of New York’s Chelsea gallery district, she points out good-naturedly that Australians would find the space tiny, but by Manhattan standards it is decent sized. She works in a space that doubles as a living room; on the walls hang works by Aboriginal artists – a large painting by Emily Kngwarreye, and smaller paintings by Elizabeth Nyumi and Eubena Nampitjin from the Balgo desert area. Moffatt herself is of Aboriginal descent. “I would die without my Aboriginal art around me,” she says.

It is in this modestly sized living room that Moffatt has, over the past six months, been hard at work on her latest series, Under the Sign of Scorpio. The 40 photographs in the series depict Moffatt impersonating 40 women – historical and pop cultural figures – who were born under that astrological sign. They are uncannily accurate. In them, Moffatt becomes such women as television comedian Roseanne Barr, Goldie Hawn, Hillary Clinton, Lauren Hutton, Australian Aboriginal intellectual and social reformer Oodgeroo Noonuccal, Tina Brown, Fran Leibowitz, Marie Curie and Wilma P. Mankiller, Chief of the Cherokee. A Scorpio herself, she says she was interested in “what makes them tick. It is such a powerful and intense sign, Scorpios can cross over into dark worlds and come back unscathed and tell us about it. They are fearless and listen to no one.” She shows me contact sheets of some practice shots that she plans to display alongside the series. You can see her getting into character, taking on the signature gestures and attitudes of the various women. She says that while the actual photographs took a matter of minutes to make, getting into character often took her weeks at a time. In the Georgia O’Keeffe picture, for instance, she wears the painter’s signature kimono, and is shown admiring her hands. For another painter, Lee Krasner, Moffatt went rooting through her old wardrobe for proper attire. “I found a sixties mui mui sundress, totally perfect for Lee Krasner on holiday. I wanted Lee Krasner in the afternoon sun and looking relaxed as opposed to all the grumpy serious shots taken of her in the New York 40s and 50s.” The final photographs are amped up with special effects, and bright neon colours, erasing the signs of the studio backdrop sheet, which are apparent in the contact sheets. “My presentation of them is very respectful yet very pop, almost comic book like, especially in the use of neon colours. All these women I want to propose are pop figures. They are a part of the landscape of popular western culture. I’ve been Warholian in my artistic approach. I’ve been a fan of great talent all my life and I mean fan in the nerdy sense of the word.” Though the prints Moffatt showed me were unframed, unfinished work prints, the final versions will go on view at Roslyn Oxley9 this August.

Moffatt says that film directors like Martin Scorsese and Robert Altman and writers like Carson McCullers and Tennessee Williams have been greater influences on her than have other visual artists, and it’s no surprise, given the strong narrative element in her work. “It is the visual drama and atmosphere in their work that I have always tried to emulate in my still photography,” she says. “My two favourite visual artists in the whole world are Agnes Martin and Bridget Riley,” she adds. “Go figure.”

The phenomenal international reputation of Australian born photographer and film maker Tracey Moffatt is sustained by her prodigious and diverse output, the large number of exhibitions she holds throughout Australia, America, Europe and Asia and the significance of the public and private collections throughout the world in which her works are held. Moffatt began her career in film and achieved critical approval with her short film Night Cries: A Rural Tragedy of 1989 which was shown at the Cannes film festival as was her first feature film beDevil three years later.

However it is for her photography that Moffatt is best known. She employs heavily cinematic techniques in the execution of her photographs. Actors play their part in set locations with painted backdrops, costumes, props and special effects. In fact Moffatt thinks of herself as “a director of photo-narratives” and encourages and delights in the multiple readings of her images.

Moffatt is represented in Australia by Roslyn Oxley9 Gallery in Sydney and her last few shows have been sell-outs. The primary market for Moffatt’s work is strong and her shows routinely sell out. Prices range from $440 to $35,000 for individual images.

Her auction prices have been more volatile, especially since Moffatt rose to market prominence in 2001 when an artist’s proof of her iconic photograph Something More #1 fetched $74,000 in Phillips’ July auction, nearly tripling the previous Australian saleroom record for a photograph. Later that year her price peaked at $119,250 with the sale of a copy from the actual edition of 30.

In 2004 the series of nine cibachrome images sold for $227,050. This set was available for around $2,500 at the time of her first solo exhibition in 1989 at the Australian Centre for Photography, Sydney. Prices on the secondary market have leveled after a period when many overvalued works were left unsold.

Andrew Shapiro of Shapiro Auctioneers says: “Something More #1 is the iconic Tracey Moffatt image but other works are now coming up to that level. The market is steady and strong and generates local, interstate and international interest for whatever we offer.”

While the photo series Something More, 1989 and Up in the Sky, 1997 have dominated the saleroom, other series include Some Lads 1986, Scarred for Life 1999, Laudanum 1998, Invocations 2000 and Fourth, 2001. A new series Under the Sign of Scorpio will be shown at Roslyn Oxley9 Gallery, Sydney in August this year.

Moffatt’s reputation was further enhanced by the 2003 retrospective of her work at the MCA, Sydney which showed 140 works and seven films and achieved record attendances. 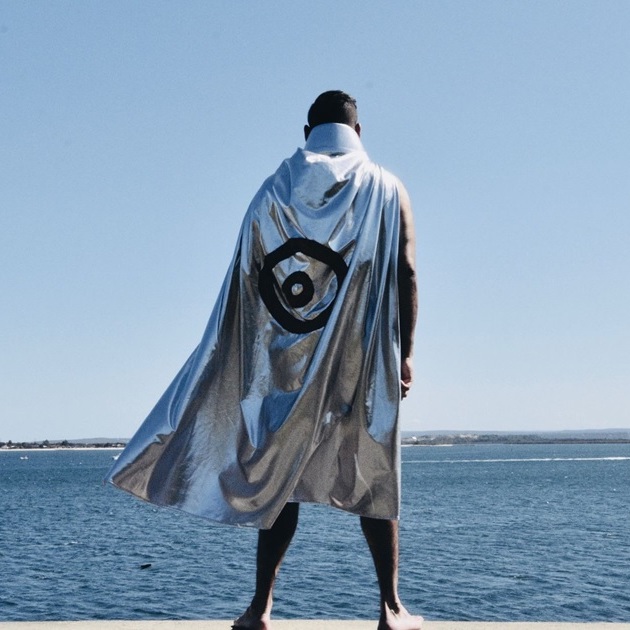 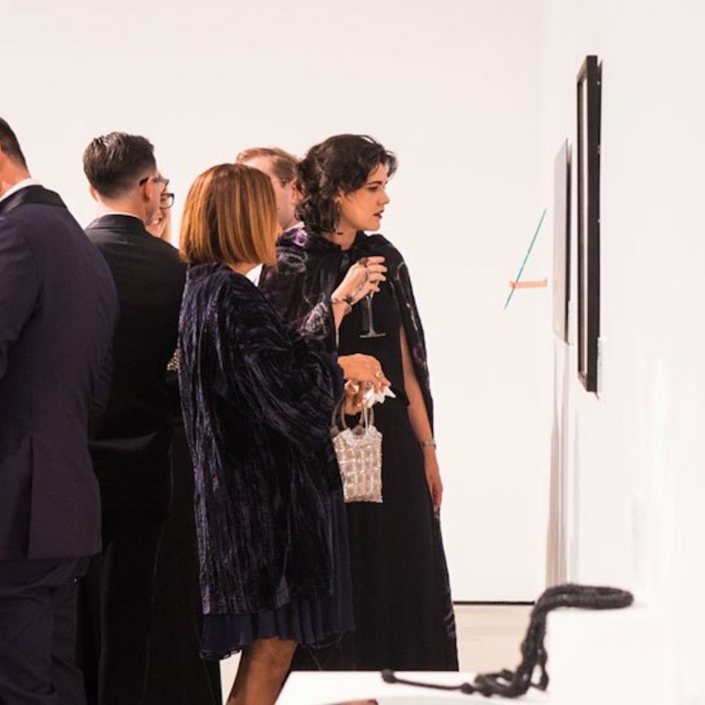