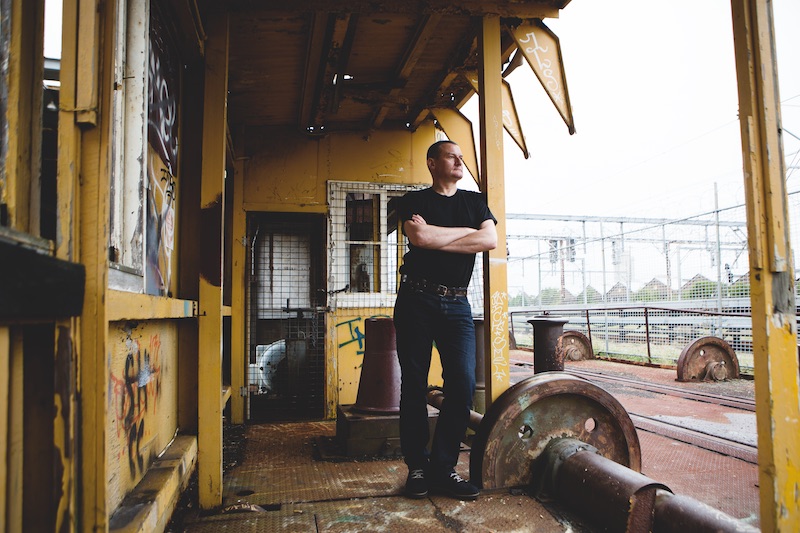 In both method and subject matter, Adam Norton brings a scientific approach to his art, probing the essential humanness in our capacity for scientific progress.

Second-rate contemporary art practices have become rich off the spoils of the liberation movements of the 1960s and 1970s, trading in a type of banal identity politics often dressed with the sort of expensive theory that cloaks cheap ideas. In direct contrast, Adam Norton’s work is distinguished by an intellectual rigour that doesn’t require pseudo-academic justification.

In order to comprehend Norton’s practice it is necessary to realise its indebtedness to a fundamental and ongoing curiosity with good ideas and a desire to communicate them clearly and distinctly, without artifice or obfuscation. When deciding what career he should pursue before university, Norton was tossing up between art and science. “The basic processes in art and science are similar,” explains Norton. “You propose a question and then go about trying to prove it right by attempting to make it real.” But, in the end, he realised that “scientists had to commit a whole life to very small aspects of a problem in order to add a small amount to the cannon of knowledge … I was much happier with art because you have the prospect of being able to range more freely over a number of issues and move from one medium to the next as you desire.”

This led to a degree from Oxford University’s prestigious Ruskin School of Art (which situates an art education within a broader academic context, providing students with access to other departments such as the School of Anatomy) and to an art practice committed to the pursuit of a type of conceptual and formal elegance grounded in this education. As he describes the scientific approach he takes to art making:

“Science is a method by which the extremely complex processes of the world are broken down into fundamental elements to test how they work. Science teaches you that if it is not needed in the experiment you are conducting then it is unnecessary. I try to employ this process in my art making and whenever I realise I have been employing some artistic trick, my work usually improves if I leave it out altogether.”

Norton emphasises this connection between science and art by making science the subject matter of his art. In particular, he examines certain ideas and movements within science, particularly space science, or more precisely, these things as they are expressed in wider culture. From the depiction of cover illustrations of sci-fi books and magazines, to paintings of UFOs and an ambitious performance work titled Mars Gravity Simulator, which saw the artist undertake anti-gravity training, Norton’s works conjure nostalgic memories of a more optimistic time. And in keeping with this cool, modern theme, his practice is characterised by “a fine pulp and pop aesthetic and bold visual style,” as Will Sturrock, gallery manager of Gallery 9, the artist’s Sydney dealer, puts it. However, as Sturrock also points out, the “playful simplicity” of Norton’s work is precisely what allows us “to consider important ideas that quickly move beyond science to our existence and our future”.

Norton’s striving for evermore elegant expressions of a pictorial language is evident in his latest series of works where the usual subject matter – the cultural artefacts of popular science – operate less literally, instead creating a more abstracted background which is juxtaposed with a foregrounded symbolic element. Typically, there is a Poppy flatness and modern colourfulness to the images, but what is even more emphasised is the trick of representation, the painted surface. This tension between the real and the represented points up the essential humanness to scientific progress. While Norton’s work is concerned with a certain moment in human history when anything seemed possible if we just put our minds to it, it is always shadowed by the darker, more anxiety-provoking side of this irrational faith in reason: the catastrophic effects of our capacity for progress. There is also a humorous, slightly absurd quality to these juxtapositions. As he explains:

“Humour is a way of opening up the mind and bypassing the brain’s normal defences … The moment something becomes funny in the mind’s eye is very similar to the moment a bunch of colours and shapes coalesce into a recognisable picture. It has the same effect of cognition and seems to oil the brain a little.”

Even humour serves a purpose in Norton’s practice.

Like his work, Norton is simultaneously very serious and very funny – the right disposition for anyone concerned with our future.

March 31, 2022
Blood sculptures that melt in the warm air on opening night, chewing gum soldiers that visitors tread across the gallery floor and jaffas that melt into hair gel are all exchanges of substances that are part of the process in Tim Silver’s artworks. To Edward Colless they form a poetic theme of sickening, contaminating love like the kiss of a vampire.
END_OF_DOCUMENT_TOKEN_TO_BE_REPLACED
https://artcollector.net.au/wp-content/uploads/2022/03/Tim_Silver-1_1-800q.jpg 531 531 AdrianaBorsey https://artcollector.net.au/wp-content/uploads/2021/11/Art-Collector-logos-transparency-WHITE-1080x1080px-2.png AdrianaBorsey2022-03-31 15:44:352022-03-31 15:44:35Artist Profile: Tim Silver

March 31, 2022
Makinti Napanangka, now over 70 years old, paints on the ground in the open air hunched over her canvas, her brushstrokes confident and instinctive. The efforts of her day’s work are eagerly sought by institutions and collectors all over the world. Jennifer Isaacs visited this prominent desert painter’s remote home base at Kintore, to watch her work.
END_OF_DOCUMENT_TOKEN_TO_BE_REPLACED
https://artcollector.net.au/wp-content/uploads/2022/03/Makinti2-800-sq.jpg 545 545 AdrianaBorsey https://artcollector.net.au/wp-content/uploads/2021/11/Art-Collector-logos-transparency-WHITE-1080x1080px-2.png AdrianaBorsey2022-03-31 15:25:222022-03-31 15:25:22Artist Profile: Makinti Napanangka