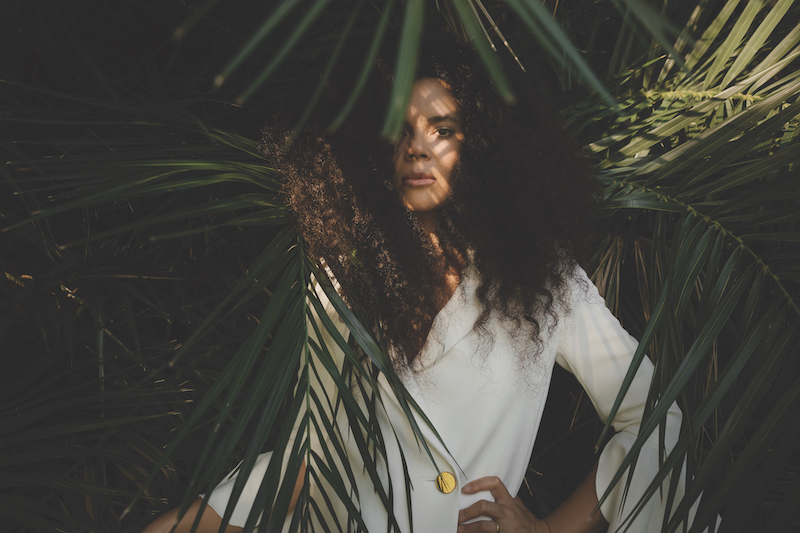 Angela Tiatia: Beyond the looking glass

Angela Tiatia is not an easy artist to pin down. Born in Aotearoa New Zealand of Samoan and Australian heritage, and based in Sydney for a number of years, she moves effortlessly between different subjects and media. She is best-known for her video works, which have featured in major international exhibitions, including After the Fall (2017–18) at the National Museum of Singapore and the 8th Asia Pacific Triennial of Contemporary Art (2015–16) at Queensland Art Gallery | Gallery of Modern Art in Brisbane.

Tiatia’s practice is marked by an uncanny ability to get at the essence of complex relationships, particularly between the individual and wider society and between history and contemporary life. Her latest video, Narcissus, concerns both. As the title suggests, it centres on self-obsession, a topic that today is inevitably bound up with the profuse discourse on the failings of social media. Indeed, the decrying of online narcissism has become so common that it is practically a cliché. Tiatia thus faces a conundrum: How to avoid lapsing into the artistic equivalent of the aphorism under the post-workout selfie, speaking a truth so obvious that it becomes cringe-inducing and easy to ignore?

Narcissus finds a novel solution in the ancient, drawing on the foundational Greco- Roman myth – in which a gorgeous man falls in love with his own image reflected in a pool – in order to develop a poignant and textured allegory for the present day. Tiatia’s interest in the allegorical is not new. Her 2017 video The Fall took as its departure point the accounts of survivors of the 1942 Fall of Singapore, yet it consciously eschewed literal interpretation, instead presenting an abstracted societal collapse, redolent of occurrences real and fictive, past and impending. Narcissus is similarly untethered from time, emphasising the fact that narcissistic tendencies are no recent invention and cleverly skirting the peril of the hackneyed contemporary.

Soundless and in slow motion, the film integrates motifs and styles from a host of artistic and literary sources, further emphasising the universality of the metaphor. The initial pose of the focal figure – the logical Narcissus – is noticeably borrowed from a 1597–9 canvas by Michelangelo Merisi da Caravaggio. Resting on his palms, elbows bent, the youth gazes into a dark body of water that seems to double as the hell-river Lethe, recalling the oblivion into which his self-absorption will plunge him. With his corona of curls, Narcissus slips through time. He’d not look out of place in the Caravaggio, nor in the Derek Jarman film about the painter, nor on a 2019 catwalk. His is an allure for the ages – a quiet reminder (à la Germaine Greer) that boys, like women, have long been subjected to hungry eyes.

A large number of people are arrayed around and behind the youth. Occupying a shallow space, and maintaining the same basic configuration throughout, they lend the work the air of a tableau vivant: partway between a pictorial or sculptural arrangement and a conventional drama. The figures at first appear secondary, a Greek chorus there to reiterate the star’s narrative. As the video progresses, however, their individuality becomes more apparent. They rage and fight amongst themselves. Yet their identities remain opaque. They might be a supporting cast plucked from the Metamorphoses of Ovid: Narcissus’s mother Liriope, his erst- while pursuer Echo (the sonic reflection), fellow nymphs. They might be elements of Narcissus’s personality or embodiments of his demons. They might be kindred narcissists, who occupy a single platform while disregarding their fellows.

As with the most successful of allegorical artworks, it is precisely the pliancy of Tiatia’s creation that ensures its poetry and memorability. What is certain is that the artist is presenting us with a vision of ourselves: imperfect in spite of any outward prettiness, but perfectly capable of deriving strength from our shared humanity. Provided we can credit others with a complexity equal to our own rather than reducing them to mirrors, valuable mostly because they reiterate our presence and allow us to test out new poses.

“A lone figure, seen from the waist down, stands in the ocean. Perched precariously, her body is moved back and forth and some- times knocked over by the tide. She is eventually carried out of frame as she floats, gently kicking, on the surface. Angela Tiatia’s video work Lick (2015) has always stayed with me. Its beauty lies in the simplicity of its message: people of the Pacific Islands are the first to see the effects of climate change, despite being the ones who least contribute to it.

“Angela’s practice has often focussed on the experiences of Pacific people (a topic that has particular significance to me as a curator and artist of Pacific heritage), exploring effects of colonisation and the politics and representation of bodies. She is consistently bold and unapologetic, from her challenging gaze in Study for a self-portrait (2018), a finalist in the Archibald Prize, to her new video Narcissus, which comments on our obsession with the self and social media.

“Angela’s work not only looks outward but also asks us to look inward – to question our roles within the societal structures we have built. And to take responsibility.”

“I have a strong memory of seeing Angela Tiatia’s Walking the Wall (2014) at the 8th Asia Pacific Triennial of Contemporary Art in Brisbane. I was immediately struck by the work, and how powerfully the artist both embraced and challenged her Samoan heritage, her gender, and the inherited traditions of performance-based video work. Angela has a unique perspective as well as a rich and innovative visual sensibility.

“Her most recent video, Narcissus, reimagines the myth of as a way of exploring contemporary culture and its obsession with, and worship of, the self in the age of social media. As so often with her work, Angela incorporates myriad references, from classical and contemporary art, literature, and the internet. Here, for instance, she specifically alludes to a late 16th-century painting by Caravaggio in the Galleria Nazionale d’Arte Antica in Rome.

“Narcissus attests to Angela’s strong conceptual sense but also her impressive technical and practical knowledge of the film making process. There is a groundswell around Angela right now, and it is well-deserved. Audiences, both curatorial and private, are recognising her exciting progression as an artist and they want to be a part of it.”