James Tylor’s recent photographic works place masculinity and male maturity in the centre frame, forcing us to ask what it might mean to “be a man” in Australia today.

JAMES TYLOR DIRECTS his lens to critique the stereotypes that permeate Australia’s social fabric. Drawing from personal experiences, research, and observation, he has established an interdisciplinary practice that questions the status quo and seeks to give voice to underrepresented issues.

Currently based in Canberra, Tylor specialises in experimental and historical photographic processes. He uses hybrid analogue and digital photographic techniques to examine concepts around social and cultural history and identity in Australia. His work has been exhibited nationally and internationally – currently featuring in the 9th Asia Pacific Triennial of Contemporary Art at Queensland Art Gallery/ Gallery of Modern Art, as well as in Defining Place/Space: Contemporary Photography from Australia at the Museum of Photographic Art in San Diego. He is commercially represented by Melbourne’s Vivien Anderson Gallery and GAGPROJECTS in Adelaide. Tylor’s most recent output places masculinity and male maturity at  centre frame in aim of highlighting what’s so often silenced in our social sphere; the unrealistic expectations pertaining to male behaviour, and the subsequent impact and effect. “A man in Australia is expected to be strong physically, be emotionless, have children, a job, drive a car and own a house,” says the artist. “Many of these social stereotypes of male masculinity and maturity can lead to severe problems for young men through unrealistic expectations of adulthood.”

This line of investigation enacts a powerful social commentary that visually examines the mainstream assumptions and beliefs around male adulthood engrained within Australian culture. Tylor’s recent series of daguerreotypes – Act Like a Man (2015) and These are Our Objects (2017) – each feature a sequence of self portraits that have been paired with objects, gestures, and elicit paraphernalia typically connected to the idea of being a man in Australia. Together, they activate a social critique within Tylor’s practice that is at once personal and collective, and provides a dynamic entry point to a discussion around the way we view masculinity and male maturity. And why that can be so problematic.

His latest series of daguerreotypes – currently in development for his upcoming solo at Melbourne’s Vivien Anderson Gallery – showcase Tylor’s specialisation in both experimental and historical photographic processes. Aptly titled Boys Will Be Boys, the exhibition will feature three new series each comprising nine daguerreotypes. The clean, sleek finishes of these works embody the viewer’s reflection upon encounter – drawing focus to issues that society encourages us to ignore and forcing us to look more closely.

Each series thematically engages distinct social issues pertaining to the stigma around masculinity – including multi-generational mental health, crime, and alcoholism – its effect and self-medicating reality. As a collection, they reveal the physical, mental, and emotional pressures that stem from the silence around these social issues, making explicit the current need for an open dialogue, as well as personal and social accountability. Tylor awakens a social consciousness that exposes the unrealistic expectations imparted as the norm. His works blur the lines between the private and public, internal and external; exposing the stigma attached to masculinity and its widespread effect on all levels of society. He challenges us to question, dismantle, and act. It is time to start talking.

Vivien Anderson has represented James Tylor since 2014. “I am fascinated by how James redistributes power in his compositions, flipping the viewer’s expectations,” she says of his practice. “It’s often about what’s missing in the composition that requires the viewer to enquire immediately about what are they looking at. The absence in his Erased, Deleted and Haunted series of black-and-white landscapes with square, ovoid and rectangular voids lined in black velvet have an elegant, haunting truth and theatricality to them.”

According to Anderson, Tylor has generated considerable interest in the national scene of late, taking out last year’s Fleurieu Landscape Prize and the National Works on Paper Prize in collaboration with Adelaide-based artist Laura Wills. “James is currently exhibiting Territorial Encounters, a series of seven daguerreotypes at MOPA in San Diego, and he is working toward a solo exhibition at the George Eastman Gallery in New York.”

Back in Australia, James has been invited to re-exhibit his collaborative installation with Gunditjmara artist, Hayley Millar-Baker at the Castlemaine Art Gallery as part of the Castlemaine Arts Festival, while his recent solo exhibition, Economics of Water at the Broken Hill Gallery, presciently explores the devastation of the Murray Darling basin and the Menindee Lakes. His next exhibition of daguerreotypes at Anderson’s Melbourne gallery “finalises the series that reflects on masculine toxicity in a racially non-specific way,” says Anderson. The daguerreotypes are priced between $3,000 and $5,000.

“James lures his audience with overtly beautifully crafted photo- graphic images, installations and objects,” concludes the gallerist. “He allows an intimacy to occur as the viewer gazes into the compo- sition, before their curiosity leads them to a profound awakening.”

The first time Glenn Iseger-Pilkington encountered James Tylor’s work was as a curator at Art Gallery of Western Australia, where he was actively developing the State Art Collection holdings of Indigenous photography. “I’d seen some images of James’ (Deleted Scenes) From an Untouched Landscape series and was immediately drawn to these restrained, striking and somewhat haunting land- scape photographs,” he says. “Through their use of absence and overt omissions of areas in each scene, these images casted doubt over the accepted histories of our entire nation – asking viewers to look at every park, every field, every school and every farm with a new sense of enquiry. This was the first time James’ work was acquired by a state collection in Australia.

“The images in that series were simple, uncrowded, and incredibly beautiful, while also being overwhelmingly haunting and sombre. It was the restraint and level of consideration, both pictorially and thematically, that I responded to, and which continues to bolster Tylor’s work. These were works that were minimal and structured, yet incredibly evocative and transfixing.

“Tylor’s series Act Like a Man (2015) is an important interrogation on both the experience of men, Indigenous men, the expectations of men, and ultimately proposed the question ‘what are we meant to be now?’. Like Ricky Maynard, who around that same time worked with community in Tasmania on the production of [his portrait series] Saddened Were the Hearts of Many Men, Tylor was shifting the rationale of the focus on our men, [who] seemed the only targets of governments and police forces around Australia.

“It was these artists making men’s issues visible, revealing our heart- aches and worries, while also humanising us. Unlike the media who had transformed our existence and our lives into a series of mistruths – mistruths that the Australian Government needed the nation to believe.” 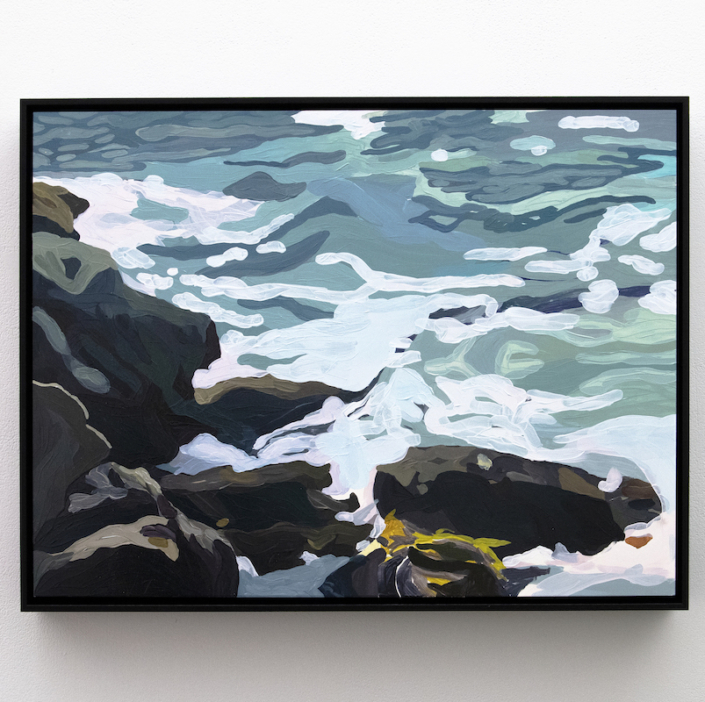 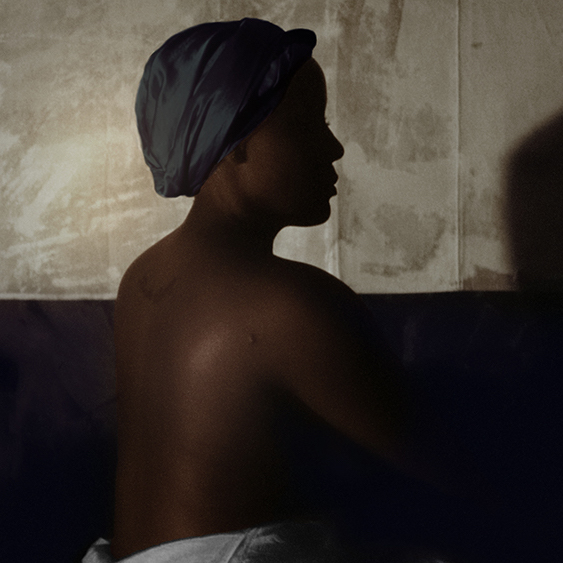 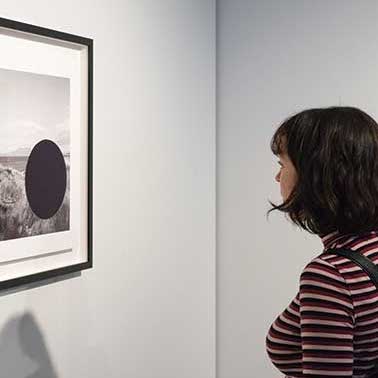 April 15, 2021
Our writers look at the artists who have caught the attention of collectors in the past year and achieved sell-out shows.
END_OF_DOCUMENT_TOKEN_TO_BE_REPLACED
https://artcollector.net.au/wp-content/uploads/2021/04/JelenaTeleki_Nov2020_credit_JacquieManning-5-copy.jpg 520 520 MaddyMatheson https://artcollector.net.au/wp-content/uploads/2021/04/AC_logo_2.png MaddyMatheson2021-04-15 12:26:012021-04-15 13:17:17Collectors Love: Jelena Telecki
Survey: Which art schools are turning out the best talent?

Angela Tiatia: Beyond the looking glass
Scroll to top