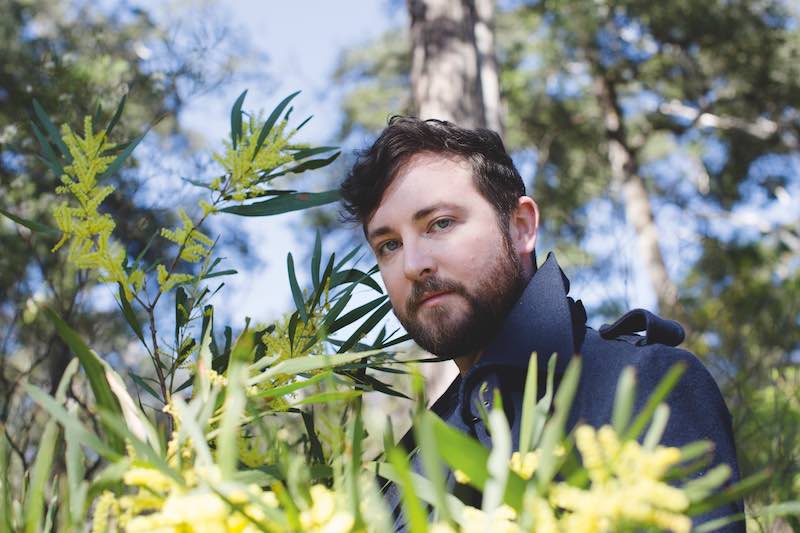 Liam Benson: Everyone We Know

Liam Benson spent more than a decade as a toll collector on the M2 motorway in Sydney, facilitating the commute for so many outer suburbanites hauling long distances to and from the city. The acute observational powers he honed during this time are ones that Benson has harnessed to great effect in his role as a contemporary artist. As he describes it: “It was the most amazing job … You could literally see into their cars, what was on the front seat, what was on the back seat, what they were wearing, whether they were wearing any clothes, what was hanging from their rear vision mirrors. The people were all working class and from every different culture and every different age group … It was the best education that I’ve had so far … It was an amazing survey, really vivid. You could really read the community, how the community was changing.”

It’s not hard to see the connection between Benson the toll collector and Benson the artist. As a queer performance artist who uses photography and video as vehicles for his practice, Benson has been the subject and object of these still and moving images, (re)constructing hybrid identities out of clever juxtapositions of the cultural signifiers of mainstream and marginalised aspects of Western patriarchal culture (cue Benson with Ned Kelly beard wearing a hand embroidered, Klu Klux Clan-style headdress, perhaps a repurposed Mardi Gras costume). His self-portraits are compelling viewing. While his highly stylised aesthetic is visually striking, it is this very simplicity and clarity that enables a certain complexity to his work. This, in fact, is key to his process. Drawing on the visual language of popular culture, Benson is nevertheless always careful not to rely too heavily on its tricks, resulting in work that, while visually potent, avoids falling into decoration.

But what a formal description of Benson’s work fails to capture is its irreducibly human quality – the way it is animated by the same empathy, integrity and sincerity which distinguishes Benson as a person. It is this palpable sense of genuineness, realised without sentiment, that ultimately provides the work its believability.

Benson’s personal qualities are ones that mark the art world sub-culture he belongs to. His close friends and colleagues include Tom Polo, David Capra, Jodie Whalen and Heath Franco, all successful artists known for their kindness and generosity. Although he continues to live in Sydney’s Hills District where he was brought up, like his contemporaries, Benson has had a long association with the Western suburbs of Sydney, particularly the Parramatta Artists Studios, which has supported a number of the most important artists of Benson’s generation including the artist himself. He feels a common identity with others whose lives exist outside the inner-city limits, which too often define the identity of a contemporary artist: “We all understand we have to slog it out,” he says. “We all have to travel further. We come from suburban homes, some live with our families, but we have a real balance between home life and being an artist.”

His recent work has concentrated in engaging this community. Adorned involved a series of workshops over six months where Benson worked with women from the Western suburbs to create headdresses for wearing in photographic portraits. As he explains: “The women have a variety of cultural backgrounds and each brought their own skill set to their wearable artworks … the creative process was in their hands”. According to Benson, the process allowed participants “to celebrate their individual identities, their cultural legacy and also contribute to a wider understanding of our changing Australian identity”.

Also in the spirit of celebrating cultural diversity through community is Me and You, a large-scale project where Benson invites people to sit with him so he can teach them embroidery, a skill which is then pressed into the service of decorating the Aboriginal map of Australia in colourful sequins.

As with all his work, the essence of these latest projects is its humanity – the conversations which flow from engagement in a shared activity, the personal stories that emerge from the process and which are at the heart of any community. It’s precisely where Benson belongs.

March 31, 2022
Blood sculptures that melt in the warm air on opening night, chewing gum soldiers that visitors tread across the gallery floor and jaffas that melt into hair gel are all exchanges of substances that are part of the process in Tim Silver’s artworks. To Edward Colless they form a poetic theme of sickening, contaminating love like the kiss of a vampire.
END_OF_DOCUMENT_TOKEN_TO_BE_REPLACED
https://artcollector.net.au/wp-content/uploads/2022/03/Tim_Silver-1_1-800q.jpg 531 531 AdrianaBorsey https://artcollector.net.au/wp-content/uploads/2021/11/Art-Collector-logos-transparency-WHITE-1080x1080px-2.png AdrianaBorsey2022-03-31 15:44:352022-03-31 15:44:35Artist Profile: Tim Silver

March 31, 2022
Makinti Napanangka, now over 70 years old, paints on the ground in the open air hunched over her canvas, her brushstrokes confident and instinctive. The efforts of her day’s work are eagerly sought by institutions and collectors all over the world. Jennifer Isaacs visited this prominent desert painter’s remote home base at Kintore, to watch her work.
END_OF_DOCUMENT_TOKEN_TO_BE_REPLACED
https://artcollector.net.au/wp-content/uploads/2022/03/Makinti2-800-sq.jpg 545 545 AdrianaBorsey https://artcollector.net.au/wp-content/uploads/2021/11/Art-Collector-logos-transparency-WHITE-1080x1080px-2.png AdrianaBorsey2022-03-31 15:25:222022-03-31 15:25:22Artist Profile: Makinti Napanangka