In the first of this four-part series, we discuss the question: what happens to an art collection when a couple splits?

PART ONE: Making a Claim, Having a Better Eye, and other Emotional Attachments

WHEN A COUPLE in a marriage, or an established relationship, decides to divorce or separate, the often-difficult process of dividing up assets becomes a point of painful contention.

Beyond questions such as residential or investment property, or the support of children, there’s the vexed issue of who gets to keep, or sell, an art collection. Who has a better claim to it? What if someone had established a collection before the couple had even got together? And what of individual taste in building that collection – or having a strong emotional attachment to a specific work?

Max Meyer, special counsel with Pearson Emerson Meyer and a family law specialist, has some good advice for couples that are going their separate ways.

According to Meyer, it’s important to understand what the aim of a court order or negotiated settlement actually is. “The first job of a judge is to make an outcome that’s fair – or as the law puts it, one that is ‘just and equitable’. The first step in that process is to identify and value all of the property, everything that is either owned jointly or separately, on the date the court is looking at it. That would include an art collection, and whether it was acquired before, during or after the relationship. The second step is to look at the contribution of each party to the acquisition of that property, the keeping of it or improving its value.”

If at the start of a relationship, one partner has a valuable art collection, then the other partner would have no contribution to acquiring it and, according to Meyer, that means the person owning the collection at the start of the relationship would have more claim. “For example, if I owned Blue Poles and it was worth $10 million when I bought it, and now it’s worth $180 million, I’d be arguing that $180 million sits squarely in my column.”

What happens when one person has better taste? Or an eye for the market? “Excuse me for being a cynical old lawyer, but I don’t think taste has a lot to do with it,” says Meyer. “An eye for the market might be a better measure. You can argue that if I bought a Del Kathryn Barton early in her career, and it was my initiative and I could prove it, then I could say I’d made a contribution by the use of this judgment. I would say that I increased our value by the exercise of a skill, that I’ve increased our property pool in a way that you’ve made no contribution to.”

What happens to a work of art that you have a special emotional attachment to? Can a case be made that you get to keep it? According to Meyer, it’s all about walking away with an equal share of the total pool of wealth. “It’s my view that a court can make a judgment based on the connection between an individual party and a piece of work and say, if this means something to you, or is dear to your heart. So long as there is commensurate value for the other party, then yes you can have that.” 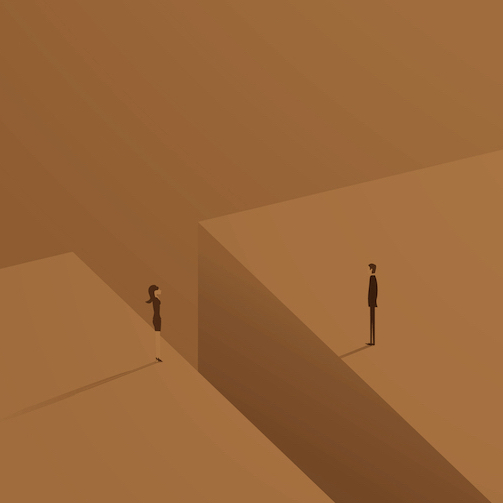 Behind the Scenes: A World of Difference
Scroll to top