Lorraine Connelly-Northey’s Aboriginal and Irish heritage are both woven into her work. Timothy Morrell writes about how this distinctive cultural inheritance informs her practice.

There is a rich history of cross-cultural Indigenous art in Australia, from Biblical bark paintings through Hermannsburg watercolours to the all-conquering Western Desert painting. Lorraine Connelly-Northey’s sculptures are a carefully considered continuation of the Indigenous practice of adapting Western industrial materials to their own needs. These materials were generally found on the scrap heap. It is a cultural heritage that encompasses the replacement of stone with glass for spear tips and the replacement of bark with corrugated iron for building shelters. Connelly-Northey recognises this tradition and treats it with respect.

Practical usage is not the point of the narrbongs (dilly bags), koolimans (bowls) and o’possum skin cloaks she makes from weathered scrap metal, but the shape and proportion are nevertheless guided by what would be appropriate for the real thing. Even when the form is merely sketched with audacious minimalism using a couple of spindly bits of metal, the correct look and functional considerations of the artefact are observed. The intrinsic qualities of the pieces of scrap combined to make her work are likewise properly appreciated. When she selects her materials from the dump she does so with the same knowledgeable eye that other artists use to survey what is available in the art supply shop or, traditionally, what is available in the bush.

Born in Swan Hill Victoria in 1962, Connelly- Northey began to learn basket weaving in 1990, around the time the renowned artist Yvonne Koolmatrie was starting to generate a broad interest in the traditional basketry technique of the Ngarrindjeri people of the Murray River region. She acquired exceptional skill at weaving grasses gathered in the bush (Koolmatrie said Connelly- Northey could weave better than she did herself), but didn’t feel comfortable using materials that were not from her country. (She is Waradgerie, her country is further north of Swan Hill, and she has subsequently moved there to live and work, at Culcairn in NSW.) Helen Kaptein, the director of the Swan Hill Regional Art Gallery encountered her work at an exhibition in a church hall, and showed it in 2001, the first time Connelly-Northey exhibited in a public institution. In 2002 she was included in What’s On: Contemporary Indigenous art in the Murray-Darling Region at the Mildura Arts Centre, after Kaptein drew her to the attention of the exhibition’s curator Carolyn Sanders.

Her deliberate practice of making two traditions live within her work is a reflection of her own heritage. With a white (Irish) father and an Aboriginal (Waradgerie) mother, she, like her work, is the product of two cultures. Following proper cultural protocols is extremely important to her. From her mother she gained an appreciation of what she calls the inner, spiritual aspects of Aboriginal life. She always consults her mother to check that what she is making is appropriate. Surprisingly, it was her white father who taught her about Indigenous material culture. Her mother, whose generation was forced by the missions to suppress their Aboriginal ways, has not been willing to teach her daughter. A strong motivation in Connelly- Northey’s work is the need to remind people that the injustices suffered by Indigenous Australians happened within living memory. She comments that if she happened to be an artist living in Ireland instead of Australia, she would be making art about the injustices suffered by the Irish.

Her father also helped her to see beauty in the European industrial materials that now lie rusting on the land they transformed from Aboriginal homelands to commercial farmland. A farmer turned carpenter, he gave her a strong aesthetic appreciation of functional objects. While driving around the countryside with her, he would point out and pick up abandoned bits and pieces that he admired.

Connelly-Northey is entirely conscious of the irony of making work that incorporates large quantities of fencing wire, which was used to exclude Indigenous people and to restrict their freedom. She uses the phrase “taking hold back on country” to describe the way she uses the materials of repression as a gesture of resistance.

She is almost oblivious to the great elegance of her sculpture, which she says belongs back in the ground rather than on a pristine white wall. Possibly because they are free from preciosity, her small, delicate sculptures of narrbongs were translated with remarkable success into the monumental works that she produced for the 17th Biennale of Sydney in 2010, and the 7th Asia Pacific Triennial of Contemporary Art at QAGOMA in Brisbane in 2012/13.

Julian Bowron was the curator of Lorraine Connelly-Northey’s exhibition Waradgerie Weaver at Swan Hill Regional Art Gallery in 2012/2013. He was the director of Arts and Culture at Mildura Arts Centre when her work was exhibited there in 2002.

“Walking that margin between folk art and contemporary sculpture,” is how Bowron describes her work, and says it “has become more minimal over time.”

Bowron comments: “Lorraine grew up on the fringes of a country town and it was a hard existence. The scavenging her father taught her came out of necessity. When they went out into the country and encountered the sort of stuff Lorraine uses for her work now they were there to hunt rabbits and find things because they needed materials and food. They didn’t go scavenging because it was a fun thing to do. But she doesn’t see any overt political intention in her work.

“Her children have been a powerful aspect of her drive and personality. She’s never signed up to be represented by a dealer because being a parent is her primary role and she doesn’t want the demands of meeting a gallery’s exhibition schedule to interfere with this.

“She doesn’t keep a stockpile of materials. She gets things when she needs them for her work. She forms working relationships with farmers who have interesting piles of scrap, and when she needs materials she’ll ring one up and ask him to burn his rubbish heap. Burning is part of the process. It removes excess material and imparts a particular patina that is an important characteristic of her sculpture,” says Bowron.

The late Gabrielle Pizzi encountered the artist’s work when Lorraine Connelly-Northey came to see her in 2003, and she remained very much on the gallery’s radar. When Samantha Pizzi saw her work in the 2005 Cross Currents exhibition at Linden Arts Centre she invited her to exhibit later that year. Her show at Gallery Gabrielle Pizzi in September/October 2013 will be the fifth with the gallery, which is best known for showing art from traditional communities.

“We don’t think of people as traditional or urban. It is all just contemporary Aboriginal art,’ says gallery manager Grant Smith. “Lorraine fits into a sub- category of Australian art. That’s what fascinates people. She takes something that’s ordinary and turns it into something special. She sees things in the bush … sees the form before she starts. She has the sculpture completely in her head before she starts.”

Smith says, “she likes to be her own representative. She’s always been independent. She chooses where she shows. Lorraine is a great researcher. She’s used the Koori Heritage Trust collection and the Museum in Melbourne as a resource. She’s learned what was correct for different Aboriginal traditions in different areas. She’s found the original English spellings of Aboriginal words. O’possum is the original version of [the English word] possum and narrbong is the traditional word for the dilly bag. Nothing is casual with Lorraine, it just looks it. She’s striving for a truthful essence. She doesn’t want to embellish.

“The thing I’ve always found fascinating about Lorraine’s work is the patina. It shows the weathering and the passing of time. She wants you to see how time affects things, even very strong things like iron. And like Aboriginal culture. The works are metaphors,” comments Smith.

March 31, 2022
Blood sculptures that melt in the warm air on opening night, chewing gum soldiers that visitors tread across the gallery floor and jaffas that melt into hair gel are all exchanges of substances that are part of the process in Tim Silver’s artworks. To Edward Colless they form a poetic theme of sickening, contaminating love like the kiss of a vampire.
END_OF_DOCUMENT_TOKEN_TO_BE_REPLACED
https://artcollector.net.au/wp-content/uploads/2022/03/Tim_Silver-1_1-800q.jpg 531 531 AdrianaBorsey https://artcollector.net.au/wp-content/uploads/2021/11/Art-Collector-logos-transparency-WHITE-1080x1080px-2.png AdrianaBorsey2022-03-31 15:44:352022-03-31 15:44:35Artist Profile: Tim Silver

March 31, 2022
Makinti Napanangka, now over 70 years old, paints on the ground in the open air hunched over her canvas, her brushstrokes confident and instinctive. The efforts of her day’s work are eagerly sought by institutions and collectors all over the world. Jennifer Isaacs visited this prominent desert painter’s remote home base at Kintore, to watch her work.
END_OF_DOCUMENT_TOKEN_TO_BE_REPLACED
https://artcollector.net.au/wp-content/uploads/2022/03/Makinti2-800-sq.jpg 545 545 AdrianaBorsey https://artcollector.net.au/wp-content/uploads/2021/11/Art-Collector-logos-transparency-WHITE-1080x1080px-2.png AdrianaBorsey2022-03-31 15:25:222022-03-31 15:25:22Artist Profile: Makinti Napanangka 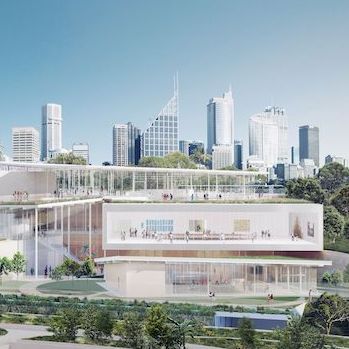