Joyce Hinterding attempts to make visible the elemental forces that are invisible in everyday life and in doing so, writes Carrie Miller, she broadens our understanding of what reality might be.

If you hang around contemporary art circles then Joyce Hinterding is probably the best-known artist you have never heard of. That is because Hinterding is the female half of one of Australia’s most inspired art duos. Alongside David Haines, also a successful artist in his own right, the two experimental collaborators continue to produce some of the more interesting and ingenious works that are situated at the ever-shifting fault line between digital media and contemporary art practice.

Hinterding’s and Haines’ work – in particular their spectacular virtual environments – are often praised for pushing that line in a way which opens up new conceptual fissures, questioning the relational possibilities of spaces, objects, and sounds, as well as the way we experience these. In particular, the viewer experience is optimised through visual and aural immersion as a means of broadening our phenomenological understanding of what reality might be. The Outlands, a work that realised the potential of this theoretical project, was widely acclaimed and won the Art Gallery of New South Wales’s acquisitive Anne Landa New Media Award in 2011.

Hinterding’s solo practice however, is not merely a motivation for such complex collaborations. Her importance as a solo practitioner is undeniable and evidenced by having recently inspired Earth Signal: Energies and Earth Magnitude in the Arts – a new book by Douglas Khan, an eminent scholar in the area of experimental arts and currently a research professor at the National Institute of Experimental Arts at University of New South Wales.

Douglas Khan is just one of a number of fans of Hinterding’s practice in the field of experimental media which is framed by the artist’s substantial knowledge of and continued fascination with the interplay between objects and energies. What is at the core of Hinterding’s practice is her abiding interest in material science, alchemy, electronics, and physical dynamics.

Her forthcoming solo exhibition Simple Forces at Breenspace involves Hinterding making visible the elemental forces that are invisible in everyday life. The works in this show, Soundwaves: Induction Drawings exemplify Hinterding’s investigations into atmospheric activity and its potential as art. Abstract forms are realised onto glass using liquid graphite that responds to electronic circuitry and waveforms. As Patrice Sharkey noted about Hinterding’s deep fascination with noise in an essay addressing the artist’s exhibition at Monash University Museum of Art, paradoxically it is noise that we can’t hear. But what makes Hinterding’s work so alluring is precisely in its capacity to reveal the otherwise meaningless white noise of everyday existence, “the vast amounts of incidental and ambient noise whirr and hum in the sonic surrounds of our daily lives”, instead inventing a specific material science of sound which captures atmospheric phenomena.

Hinterding gives energy aesthetic form in alluring large-scale drawings that scavenge the usually inaudible electromagnetic energy of a space, creating unpredictable visual and sonic forms that are responsive to changes in the environment, and particularly human interaction with the space. Any shifts in energy emitted from mobile phones, plug sockets, and the body itself are transformed into art in this site-specific sound environment, revealing how process, with all its performative potential, is as important as the outcome.

These works were recently curated into Monash University Museum of Art’s exhibition Artists’ Proof #1. Patrice Sharkey writes in the catalogue: “With sensory richness and remarkable resourcefulness, Hinterding makes us aware of the vast array of ambient energy that swathes us, all the while testing the limits – and expanded possibilities – of representation.”

Indeed, such “expanded possibilities” are suggested by the artist’s ability to converge various media into a seamless whole. Drawing is meshed with sculpture, installation, sound and performance. Her early training in jewellery at RMIT University and Sydney College of the Arts has informed the interdisciplinary trajectory of her work considerably.

Hinterding states, “In jewellery and gold and silver smithing, the objects and projects that are undertaken within that field are traditionally functional in nature. They have to be worn, they have to fit onto the body, there’s a lot of material science that goes into it, there’s a lot of chemistry involved.”

While her early interests stemmed from the wearable form and its longevity, Hinterding now sees the space itself, and its capacity for immersive manipulation and interaction as rich in aesthetic appeal that derives from the visual pleasure that comes from transformative processes. “The outcome is aesthetic,” she says. “But what drives it forward is an interest in alchemy. All artists, myself included, are looking at the world, and drawing is about looking. So when you start to work with unusual materials, you find yourself looking at the materials – you find yourself looking.”

Sally Breen has been an admirer of Joyce Hinterding’s work for some time: “Joyce Hinterding’s practice excites me because of its elasticity in negotiating aesthetics, philosophy and deep science. I’ve worked with Joyce across various platforms as curator, commissioner and more recently through Breenspace.”

Breen comments: “Joyce has the agility to transform matter into ideas, and ideas into matter – a transcendence of sorts between the mind and the body, the seen and the unseen, the material and the immaterial. Joyce evades this well-trodden track by re-engineering the systems of art and science into continuous and playful loops and fields. Joyce sublimates ideas into pure form – her work is complex, bold and extremely beautiful. New perspectives never cease to emerge from her work, ideas that keep you looking and questioning. “And then there is the beauty in her material application of pure science. Complex formulas and algorithms appear as crisp, palpable forms describing and deciphering the coded index of what it means to be in and of this world. I particularly enjoy her graphite works on paper and glass. These are highly sought after works and it’s such a delight to introduce them to collectors. Her work attracts really interesting people – like attracts like.”

Breen notes that Hinterding, “occupies the space behind consciousness, a zone where really great art is developed. Her distillation of ideas coupled with aesthetically arousing forms is memorable and compelling.”

Douglas Kahn comments on his relationship with Joyce Hinterding’s practice, “The world is catching up with the fact that Joyce Hinterding is the matriarch of an important new direction in the arts, and I am part of that world. Prevailing and expedient modes of thinking about art often do not serve important artists well.

Hinterding’s work was inspiration for Kahn’s latest publication: “In 2003 while preparing a paper on her Electrical Storms and Aeriology I realised that understanding Hinterding’s work required a fundamentally different approach. It took ten years to rewrite several histories of art, music, media, science and ecology to comprehend her work, the work of others, resulting in Earth Sound Earth Signal: Energies and Earth Magnitude in the Arts (University of California Press, 2013). The provocation of Hinterding is described in the introduction and substantiated in a full chapter at the end. Her work makes evident that art need not be limited to that tiny patch of the electromagnetic spectrum known as visible light. A range of energies can be artistic material and, in her major breakthrough, traditional artistic materials can themselves be energetic.

Kahn notes, “Hinterding took the basic element of drawing, graphite, and used its ability to conduct electrical energy. Much has been made of corporeal energy expressed in a line, but not physical energy coursing through a line itself. She is as I am aware unique in using graphite to draw and to draw energy. For Hinterding it is yet another example of ‘the most extraordinary concept that everything is active; all materials are active.’” 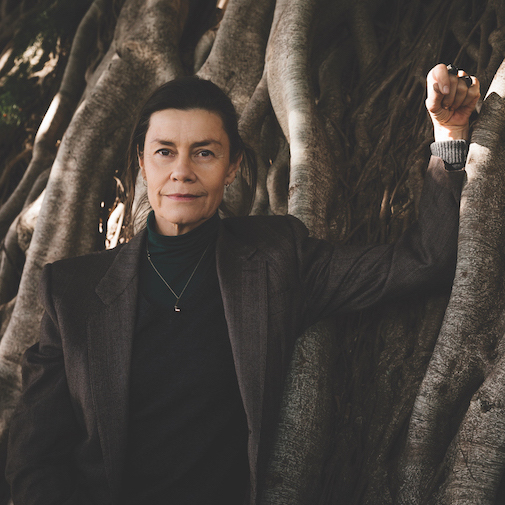