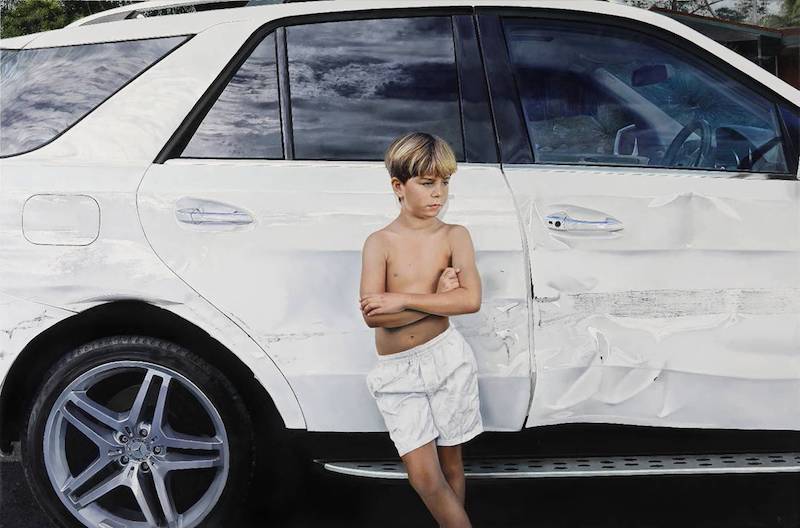 Sullivan+Strumpf will now represent Michael Zavros in Sydney and Singapore.

Graduating from Queensland College of Art in 1996, the Brisbane-born artist has become internationally renowned for his hyper-detailed, photorealistic paintings and drawings that engage with themes of beauty, desire and the culture of narcissism. He is also represented by Philip Bacon Galleries in Brisbane and Starkwhite in Auckland.

A finalist in the 2019 Doug Moran National Portrait Prize, Zavros has taken out a string of coveted art awards including the 2012 Bulgari Art Award at the Art Gallery of New South Wales, the 2010 Doug Moran National Portrait Prize, the 2007 Kedumba Drawing Award, the 2005 Robert Jacks Drawing Prize, the 2004 MCA Primavera Collex Art Award and the 2002 Jacaranda Acquisitive Drawing Award.

He has held international solo shows with Starkwhite at Art Los Angeles Contemporary 2016 and Art Basel Hong Kong 2015, while his work hangs in numerous private and public collections across the country, including The National Gallery of Australia, Art Gallery of New South Wales, Art Gallery of South Australia and Queensland Art Gallery.

Zavros will be included in a group show at Sullivan+Strumpf’s Sydney gallery early 2020. Watch out for the artist’s forthcoming solo with Philip Bacon Galleries in November 2019.