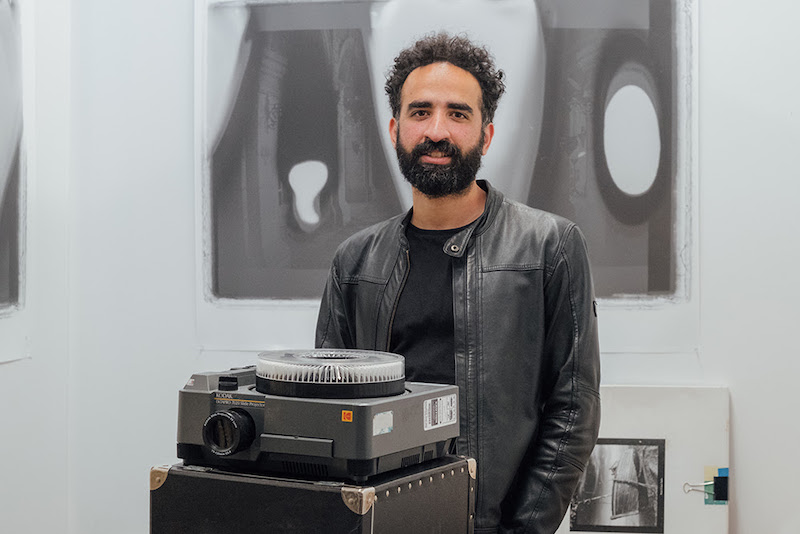 THIS IS NO FANTASY now representing Ezz Monem

Melbourne’s THIS IS NO FANTASY has announced the representation of artist Ezz Monem, set to stage his first solo show with the gallery next April as part of Photo2022.

Originally from Egypt, Monem is a photo-based artist now living and working in Melbourne. His photographic images explore the pluralism of reality, playing with sensations of ambivalence and conflict, and giving visual form to the multiplicity of identity in places, people, and objects.

Monem uses images sourced from found photos, fiction films, videos and google street views. These are then transformed into photographic works and imaginary archives through use of the mechanical reproduction capabilities of the camera along with various darkroom techniques. Through the repurposing of images, Monem attempts to make autoethnographic works reflecting his Egyptian background and the experience of migrating to Australia.

Monem graduated from Cairo University’s Faculty of Engineering in 2007, but his explorations in visual arts began years earlier. His work has been shown in exhibitions in Egypt, Australia and elsewhere in Europe and the Middle East, earning him various photography awards. He recently staged two solo shows in Melbourne at KINGS Artist-Run and Seventh gallery, and received the NOIR Darkroom Most Experimental Image award at the ILFORD CCP Salon.

Monem is currently undertaking a Master of Contemporary Art at the Victorian College of the Arts (VCA), University of Melbourne.

This article was originally published 6 October 2021.

Image: artist Ezz Monem. Courtesy: the artist and THIS IS NO FANTASY, Melbourne.