Caroline Rothwell’s horizon narrowed somewhat when her Hazelhurst Art Centre exhibition – her first regional gallery solo show in Australia – was postponed in early 2020. Staged 18 months later, Horizon was met with critical acclaim and chimed with the conversations of the time – critical conversa­tions about nature, climate and technology.

In Rothwell’s hands plants are ciphers – a means of navigating difficult histories and telling big stories, and it doesn’t get much bigger than Botany Bay, the ground zero of invasion. The invitation by Hazelhurst curator Carrie Kibbler for Rothwell to have an exhibition in the year of the 200th anniversary of Cook’s landing led Rothwell to what she calls thinking through land­scape. Her regular visits to Kamay (Botany Bay) developed into botanical disruptions whereby Joseph Banks’ Florilegium – aesthet­icized engravings of specimens collected at Kamay in 1770 – became spliced with sinuous pink tongues rendered in waterc­olour. Here in Scott Morrison’s electorate, Rothwell took to speaking in tongues.

The tongues continued throughout the exhibition into sculpture with Rothwell’s signature metal castings into cloth recast as chromatic canvas sculptures filled with gypsum cement. Also included in Horizon was her Primal Plant series that began in 2011 with an invitation to friends in China, Afghanistan and England to collect weeds within a 5 metre radius in order to create a new class of plant – an überplant. Here, Rothwell leans into Johann Wolfgang von Goethe’s theory of the archetypal plant or Urpflanze, published in The Metamorphosis of Plants in 1790, to comment on contemporary investigations into hybridity, bio-mimicry and genetic technology.

Horizon found its apposite landing in the Sutherland Shire. Since its auspicious opening in January 2000, Hazelhurst Art Centre has held a deep awareness of place. Sydney-based Rothwell extended this culture of enquiry to focus on botany and humanity. In her words, “I see plants as paralleling how humanity travels. Where we go they follow. Like us, they are exceptional colonisers.”

Rothwell’s Hazelhurst survey came on the back of her inclusion in The National with the presentation of three bodies of work at the Museum of Contemporary Art Australia (MCA), Sydney. What started with former MCA curator Rachel Kent’s inter­est in Rothwell’s carbon emission anima­tions, made by collecting and then drawing with car exhaust which are later animated, expanded to include a cast, chromatic mobile inspired by the account of the Russian bota­nist operated on for what was believed to be lung cancer only to find that he had a tiny fir tree growing on his lungs.

Rothwell’s contemporaneous collaboration with Google Creative Lab led to the develop­ment of her Infinite Herbarium in the Royal Botanic Gardens whereby visitors used their own smart phones to create their own plant hybrids.

Rothwell’s digital Infinite Herbarium will be recast in 2022 in Beyond – Emily Cormack’s Melbourne Art Fair project. The digital hybrids will become a six-channel video and find form as a series of suspended sculptures, reflecting what Rothwell describes as “our relentless tendency to anthropomorphise” – to turn the world into ourselves. Future projects in Singapore and Sydney, including a group show at Mosman Art Gallery, will continue to see the artist having a voice for the environment in order to turn ourselves to the world. 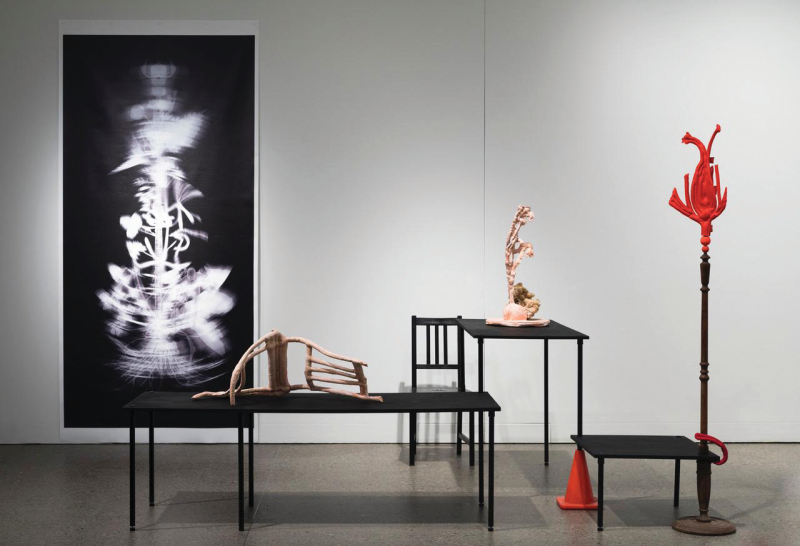