Today on At Home With Your Collection, we’re with Sandra Powell @sandrewmelbs, a Melbourne Collector with a penchant for street art.

Abstract in White, 2011, by SABER @saberawr, a graffiti artist legend from Los Angeles. “We bought it from Allouch Gallery in New York and we love the amazing letter writing style. We think it says SABER but to tell the truth I’m not sure. Maybe it says SANDREW!” “We bought this magnificent painting by Angela Brennan in 2004, years before we started buying art by graffiti and street artists. The subject is graffiti that Angela saw in New Delhi on a trip to India. It is under-painted with graffiti and then painted over which gives the impression of a work that has gone over something before it. Much like what happens with art on the streets. I guess you can say it was the beginning of a love of graffiti even though we did not see it as such in the beginning. It’s next to our bed so pretty funny that it is the first thing I wake up to each morning! 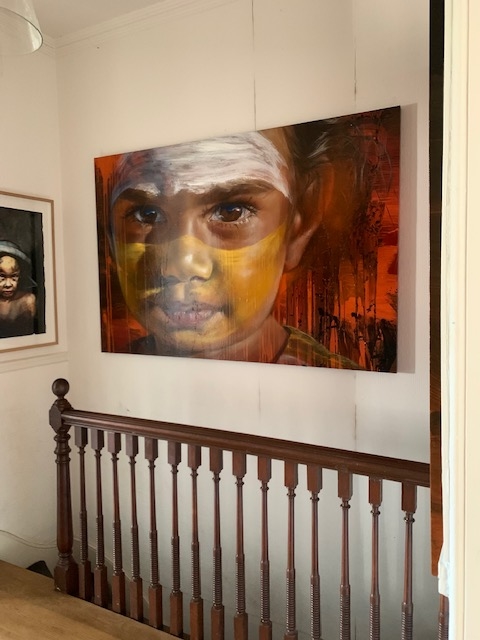 Every Age, 2015 by Adnate’s , who is an artist committed to painting the people of Indigenous cultures, especially Australia’s Aboriginal community with whom he works to promote cultural awareness. “This Yolngu girl is from North-East Arnhem Land and is wearing traditional ochre dressing. I was lucky enough to travel to the Garma Festival with Adnate and meet her and her family.” “This is a colourful collection of artworks by some of our favourite artists.”

On the side wall, Miss Van, Mujer Parajo, 2014. “I love her fine brush work and somehow she manages to translate these fine images into huge murals on walls around the world.”

Directly below, D*FACE, Flutterdies, 2011. The butterflies, titled ‘Flutterdies’, 2011, is by the English artist D*FACE. You can’t see in this image but the bodies of the butterflies have been replaced with the nozzles of spray cans.  Apparantly he kept a bowl of spare nozzles in his studio and one day a moth died in the bowl and was camaflaged. This is where he got the idea. Bit morbid but very pretty!

Above the door is another work by D*FACE with obvious references to Lichtenstein. “He generously donated this piece to our February Bushfire Appeal Auction at Leonard Joels and we bought it as a memento.”

The painting in the centre is REKA’s Nature Morta, 2015. “I felt is was a great new direction for his art and had to have the first one!

Below is Ron English’s Warhol Skull Quad, 2011. “One of the godfathers of graffiti and street art this was a very lucky pick up at an obscure auction house.” 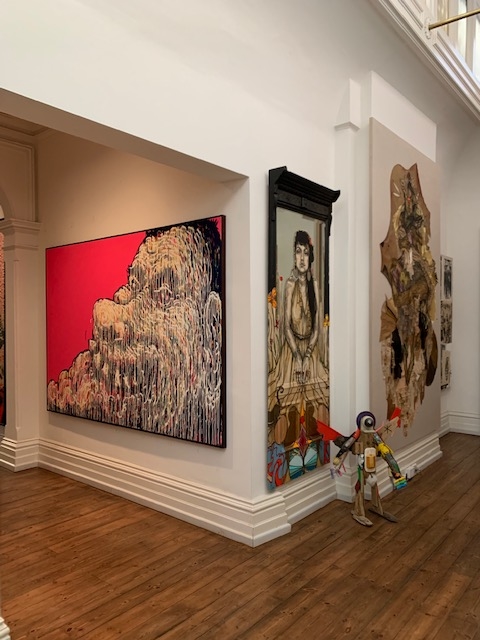 Next to the front door, Mic Porter from his exhibition Colours, 2019.

“Mic painted these images all over Melbourne walls 20 years ago and there are many still up around Fitzroy. I love the nostalgia of this old graffiti, the colours and the almost abstract dripping painting method.

The wall pieces are portraits of Monica Canilao by the New York artist SWOON painted in 2010 and 2016. “Knowing both the painter and the subject are like living with friends and I miss them both in this time when I can’t jump on a plane.”

The sculpture on the floor is by Melbourne-based recycle junk artist, JUNKY PROJECTS. 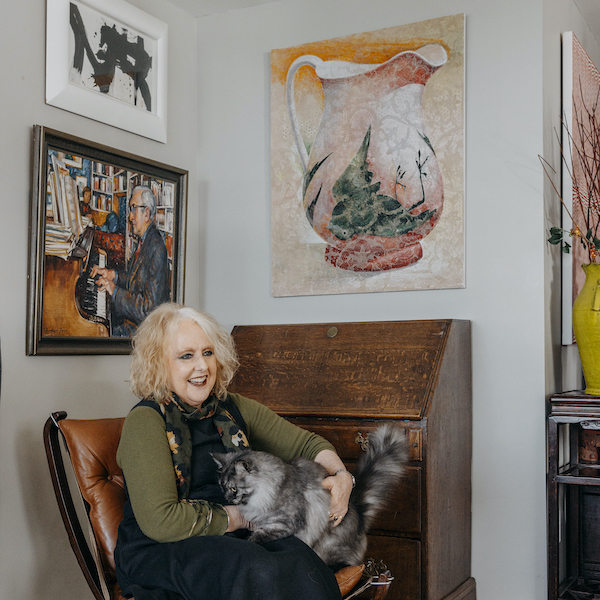 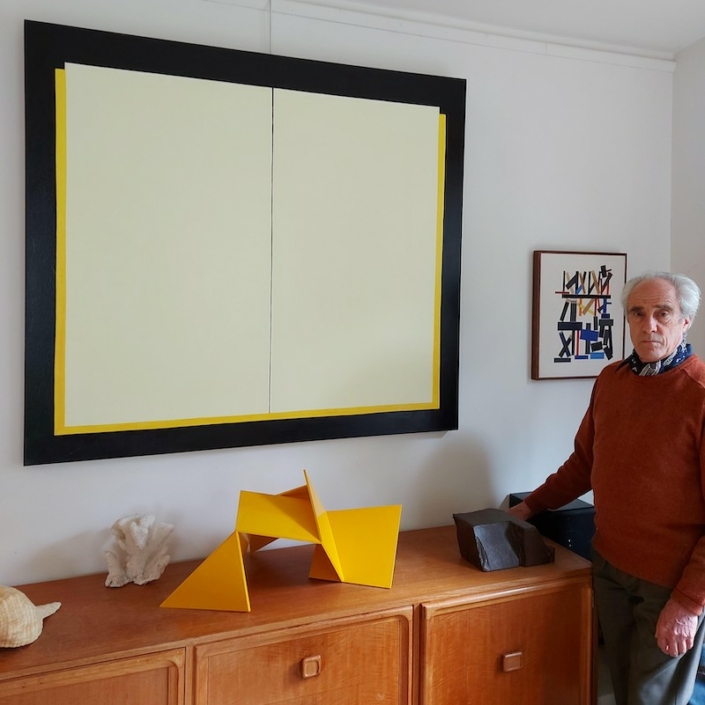